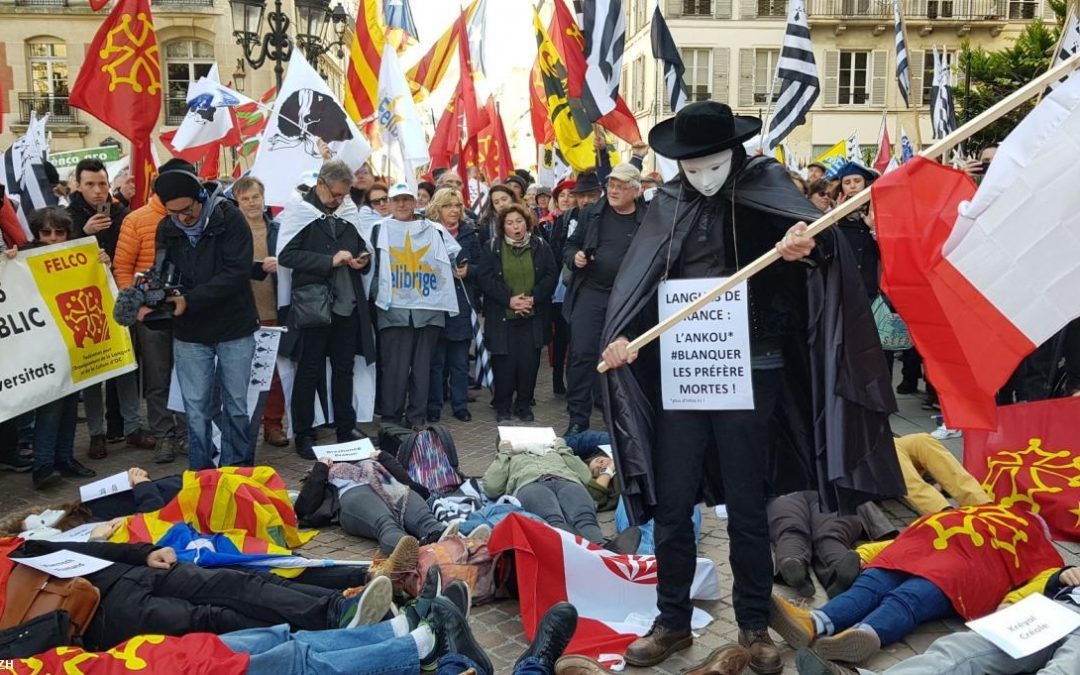 UN Special Procedures have issued an official communication to the French state noting their concerns over discrimination against territorial languages following the Constitutional Court’s intervention against the Molac Law in July 2021. The Communication is a follow-up to the European Language Equality Network’s letter of allegation sent to the UN Special Rapporteur for Minorities in 2021.

The UN Communication calls on the French state to provide information on the implementation of the Molac Law for regional languages and how the constitutional court decision has affected this.

The Communication notes: “We fear that the adoption and application of this decision could lead to significant violations to the human rights of linguistic minorities in France.”

The European Language Equality Network delivered a formal complaint, in the form of a letter of allegation, to the United Nations in July 2021 regarding the continuing discrimination against territorial languages by the French state.

The Molac Law, voted for by a vast majority of National Assembly Deputies and the Senate in April 2021, aimed to give some recognition to territorial languages and support for immersion education, yet was undermined by the Constitutional Court decision.

The ELEN appeal outlined how the court decision breaches several binding international human rights treaties, including the UN Convention on the Rights of the Child and the European Convention on Human Rights, all of which have been ratified by France.

States normally reply to a Special Procedures communication in three to four months giving details on what measures they have taken to deal with the complaint.