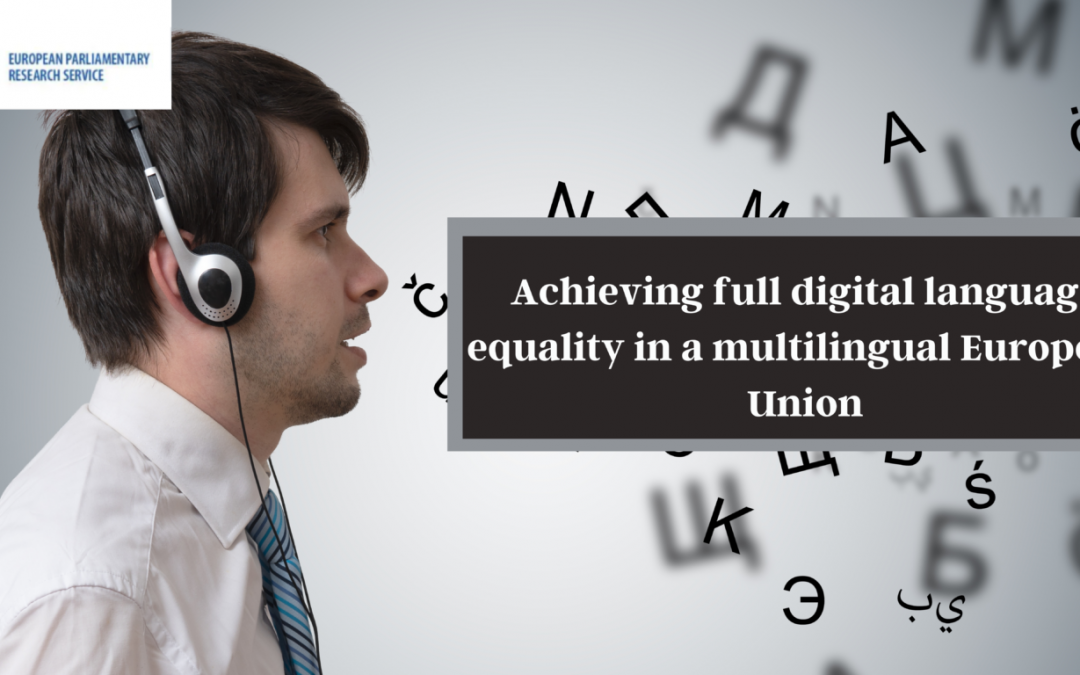 Following the success of the 2018 Language Equality in the Digital Age Report in the European Parliament (rapporteur Jill Evans MEP and backed by ELEN), a call for a pilot project was launched by MEPs. The successful application, led by the Adapt Centre, Dublin, and DFKI, Berlin, and entitled ELE – European language equality, led to the creation of a consortium of 52 partners from across Europe of LT experts and other stakeholders including ELEN.

The subsequent ELE1 project (2021 to 2022) developed a strategic research, innovation and implementation agenda as well as a roadmap for achieving digital language equality in Europe by 2030. The primary goal of the follow-up project, ELE 2 (2022-2023), is to revise, extend and further promote the strategic agenda and roadmap and to work towards a long-term European Digital Language Equality Programme.

Technological support for Europe’s languages is still characterised by a stark imbalance. While many resources and technologies exist for English, the majority of other languages suffer from a lack of technological support. While for territorial and endangered languages there is barely any support at all. The results of the ELE project clearly illustrate the existing imbalance between European languages. The project has therefore developed a strategic plan and roadmap to address this situation in a comprehensive way with the aim of establishing digital language equality by 2030, as well as revising and extending the strategic plan in the current ELE2 project.

ELEN’s role in the pilot project is to ensure that the needs and requirements of Europe’s territorial, co-official and endangered languages are properly represented and acted upon so as to begin to address the glaring disparities in LT provision between these languages and the more well-resourced EU official languages.

Jill Evans’ EP Report made 40 recommendations, these include:

13.  Calls on the Council to draft a recommendation on the protection and promotion of cultural and linguistic diversity in the Union, including in the sphere of language technologies;

15. Ensuring comprehensive EU-level legal protection for the 60 regional and minority languages, recognition of the collective rights of national and linguistic minorities in the digital world, and mother-tongue teaching for speakers of official and non-official languages of the EU;

30. Recommends establishing or extending projects such as the Digital Language Diversity Project, among others, that carry out research into the digital needs of all European languages, including those with both very small and very large numbers of speakers, so as to address the digital divide issue and help prepare these languages for a sustainable digital future;

The main tangible results produced by the ELE1 project are:

The main tangible results to be produced by the ELE 2 project are as follows:

Presentation “Digital Language Equality in Europe, how are our languages doing?” by Dr. Maria Giagkou.