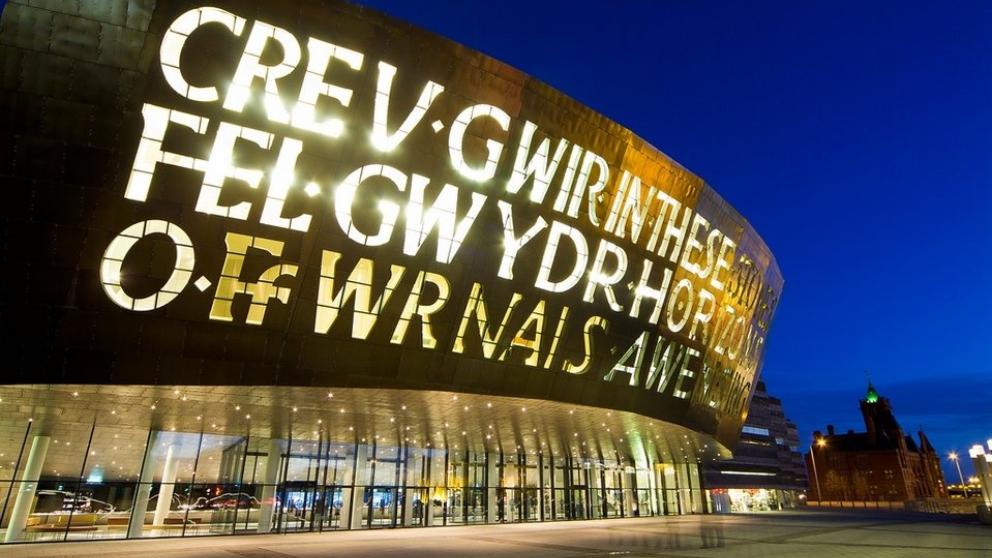 The European Language Equality Network (ELEN), Europe’s leading organisation for the protection and promotion of lesser-used languages, will be holding its General Assembly in Cardiff at the end of October. The event will be hosted by the Llywodraeth Cymru (Welsh Government) and Prifysgol Cymru y Drindod Dewi Sant and brings together representatives of language organisations from across Europe to the Welsh capital.

On Saturday 29th October the General Assembly proceedings will be opened with an address to ELEN delegates by Prif Weinidog Cymru – First Minister of Wales, Mr Mark Drakeford, the leader of the Welsh Government. The address will be followed by a presentation by the Welsh Government on best practices in Welsh language maintenance and its flagship policy, Cymraeg 2050, aiming for one million Welsh speakers by 2050.

The morning continues with a panel on sustainable language communities with NGO and government speakers dealing with issues such as how the second home crisis affects Welsh and other lesser-used languages – and how to deal with it.

In her presentation the Deputy Welsh Language Commissioner Gwenith Price will discuss the work of the Commissioner’s office with a focus on setting standards.

Irish language activists from Conradh na Gaeilge will discuss the enormous achievements in the development of Irish in the north of Ireland with the re-establishment of Irish-speaking communities in an urban context, the latest census results reporting an increase in the number of speakers, and on Irish language legislation which is now proceeding through the UK Parliament. One question will be why has this community driven, rights based campaign been so effective and what lessons can ELEN members learn from it.

The panel on the UNESCO International Decade for Indigenous Languages features speakers from the Council of Europe, new ELEN members Linguapax International, University of Cardiff, and former Plaid Cymru MEP Jill Evans. They will discuss the role of European NGOs in building a global community for the preservation, revitalization and support for indigenous languages worldwide.

An innovation for 2022 is the activists workshop. ELEN member organisations are the leading language activist organisations in Europe and gather a huge amount of expertise. The workshop will focus on campaign work, what’s been successful, and what can be improved. It will discuss various approaches to successful NGO work such as intersectionality, the community-driven rights based approach, demonstrations, and advocacy work.

Speaking to the press ahead of the event, ELEN President Prof. Elin Haf Gruffydd Jones said: “Now, more than ever, it is crucial that Welsh organizations play a proactive role in Europe in the field of language normalization and continue to build on the decades of connections, expertise and experience that have contributed so much to our common goal of ensuring a future for all our languages. Hosting the ELEN General Assembly here in Wales is an important part of this mission and we look forward to welcoming local and international delegates and speakers.”

ELEN Secretary-General Davyth Hicks added:  “We’re thrilled to be meeting in Wales – a country that has been leading the world in successful language maintenance policies and now aiming for one million speakers by 2050.

“We’d like to thank the Welsh Government for all of their support and look forward to a close working relationship with them for the future.” (Eurolang 2022)

Note to editors: ELEN is the international NGO that works for the promotion, protection and well-being of European territorial languages. It represents 50 languages with 174 member organisations in 25 European states.

The ELEN General Assembly is being held with the support and collaboration of the Welsh Government and University of Wales Trinity St David.