Our languages in Europe: ELEN Recommendations to the Conference on the Future of Europe. 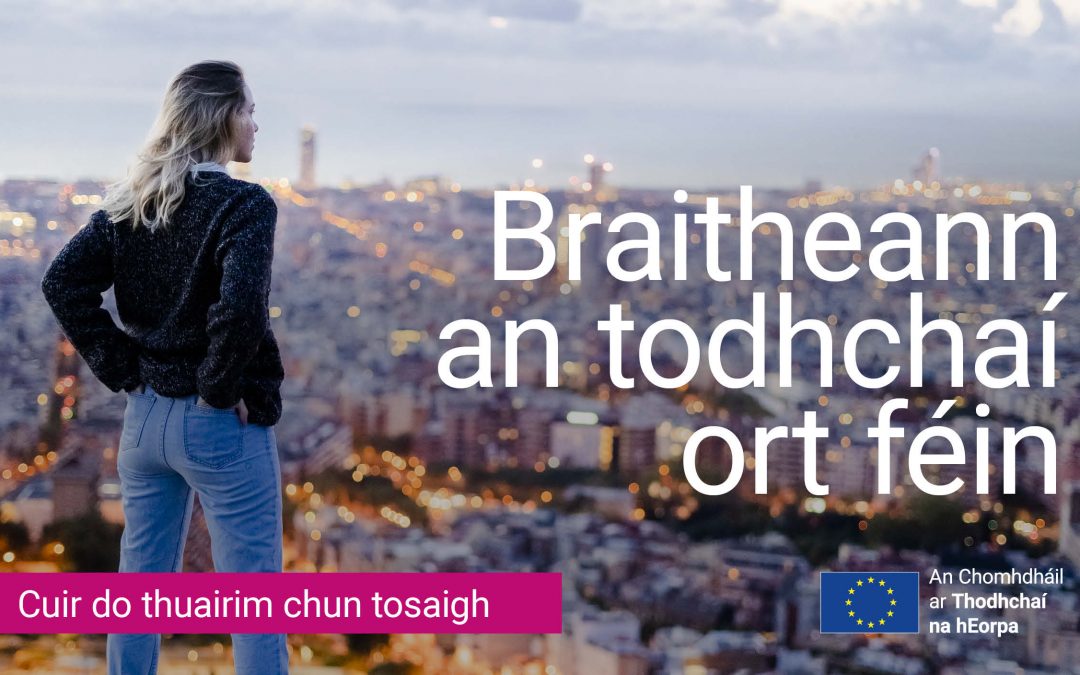 The European Language Equality Network has made eight recommendations to the Conference on the Future of Europe on how to improve the situation for European minoritised languages, many of which face critical endangerment.

The recommendations were discussed with MEPs by ELEN Secretary-General Davyth Hicks in the European Parliament on Thursday at the national and linguistic minority Intergroup meeting. 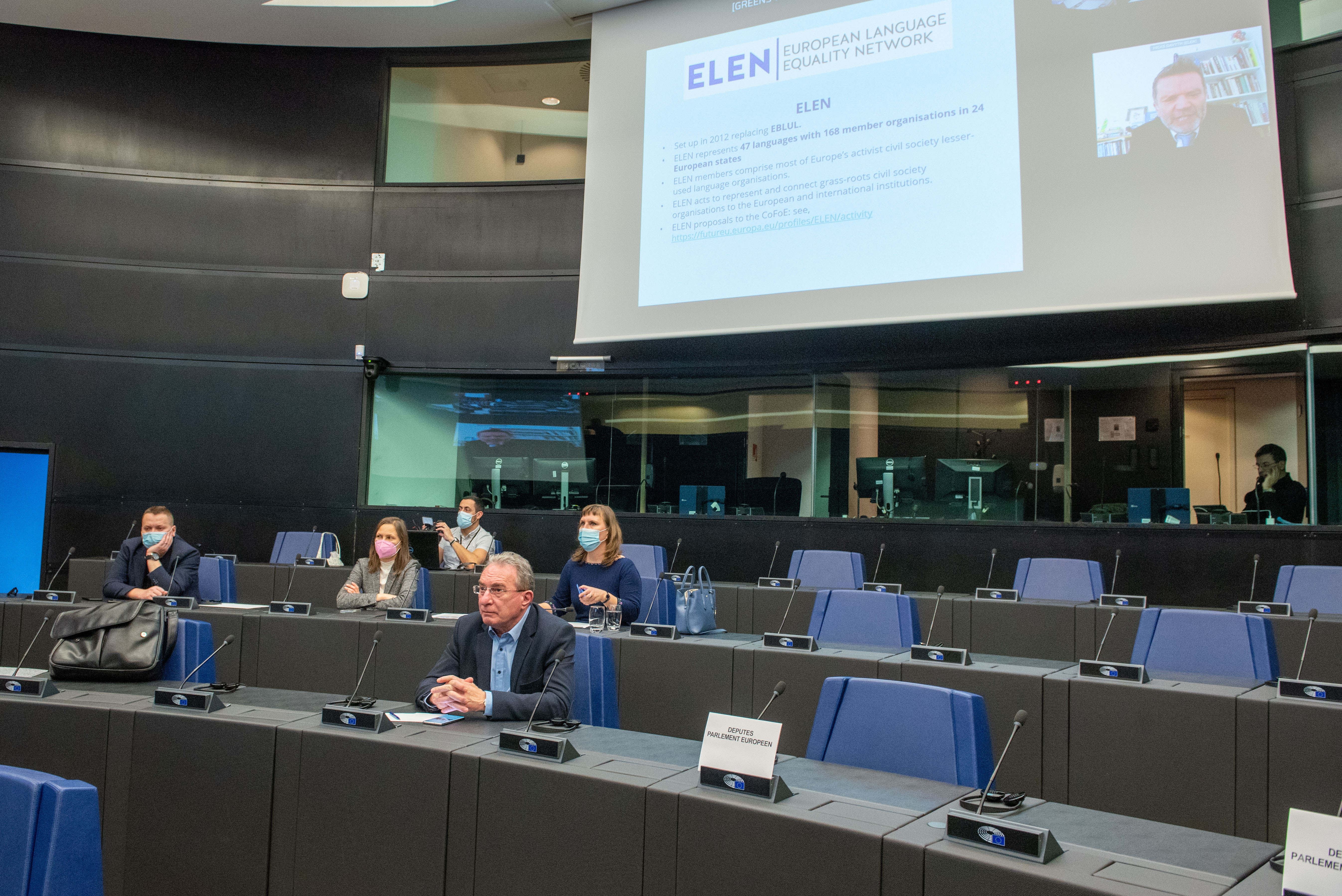 “The rejection of the widely supported Minority Safepack ECI marks a 20-year failure by the EU to improve the situation. In response to calls for action the EU repeats that it does not have the competence to intervene regarding State language policy. This has to change. The EU intervenes in other human rights areas, its time for it to intervene to protect our languages and our rights to use them.

“Meanwhile, many of our members’ languages face critical endangerment. Considering these factors I’m sure that you can begin to understand the disillusion felt with the EU by our member NGOs. If the EU still believes in “Unity in Diversity” and that it “respects” linguistic diversity then it needs to live up to these statements.”

The eight ELEN proposals were drafted after an extensive consultation with the ELEN membership on measures that need to be taken by the EU especially over language endangerment and to deal with hate speech and often violent discrimination against speakers of minoritized languages. All of the proposals are on the CoFoE website:

4) Expand the scope of Article 19 of the TFEU to include discrimination on the grounds of language and being from a national minority. https://futureu.europa.eu/processes/ValuesRights/f/12/proposals/240703

7) EU support for ELEN so as to ensure direct funding to endangered language community projects. https://futureu.europa.eu/processes/Education/f/36/proposals/247040

ELEN welcomes public support for the proposals. Readers can vote for them by registering on the CoFoE site and endorsing them, see: https://futureu.europa.eu/?locale=en 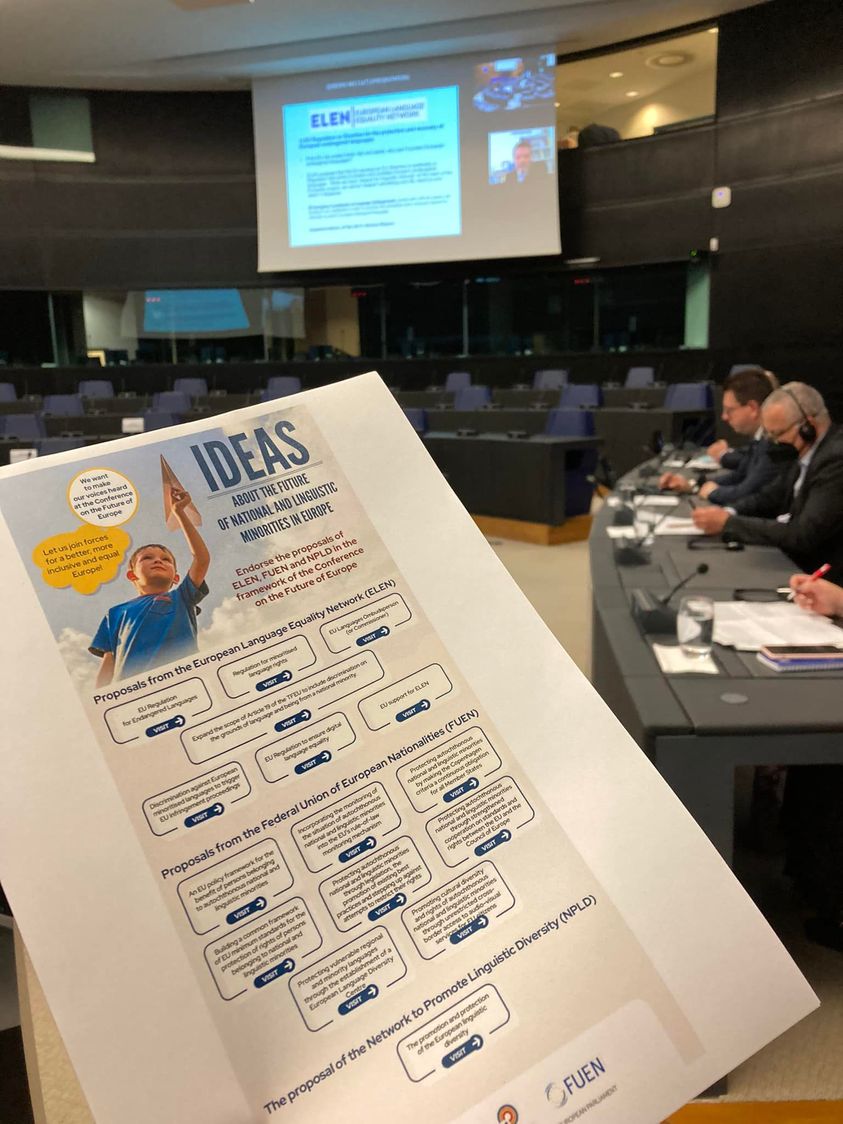 The Intergroup meeting also discussed proposals by the NPLD and FUEN organisations which are listed here: CoFoE proposals