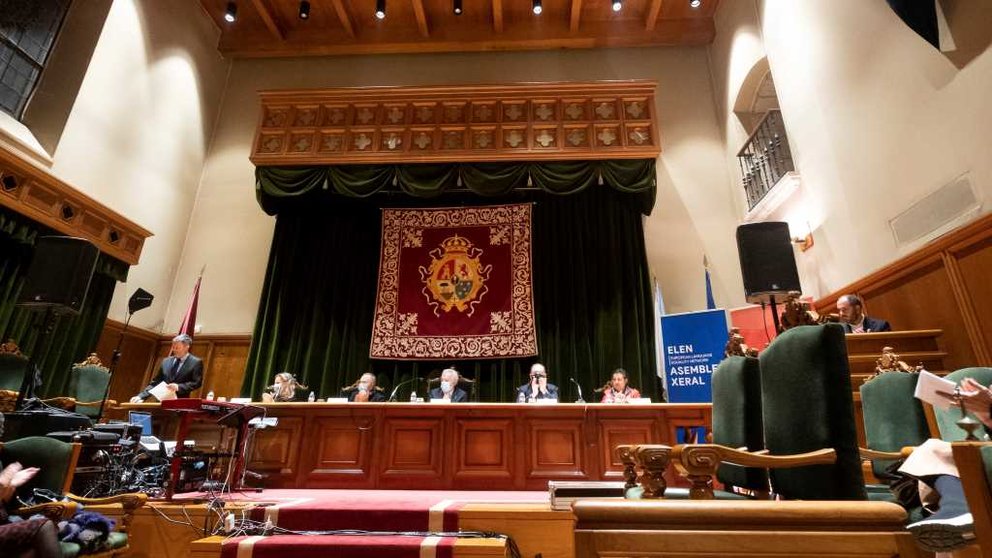 The President of the Galician Parliament, Miguel Santalices Vieira, opened the ELEN General Assembly in Santiago de Compostela on Friday with a packed event held in the splendid surroundings of the Pazo de Fonseca, and featuring the Galician pop singer Guadi Galego.

ELEN delegates who had flown in from across Europe were welcomed by the President, ELEN Secretary-General Davyth Hicks, A Mesa President Marcos Maceira, and a range of experts including Antonio López (Rector of the University of Santiago de Compostela), María do Pilar García Negro (President of the Galician Culture Federation), and María Dolores F. Galiño (Ombudswoman of Galicia). 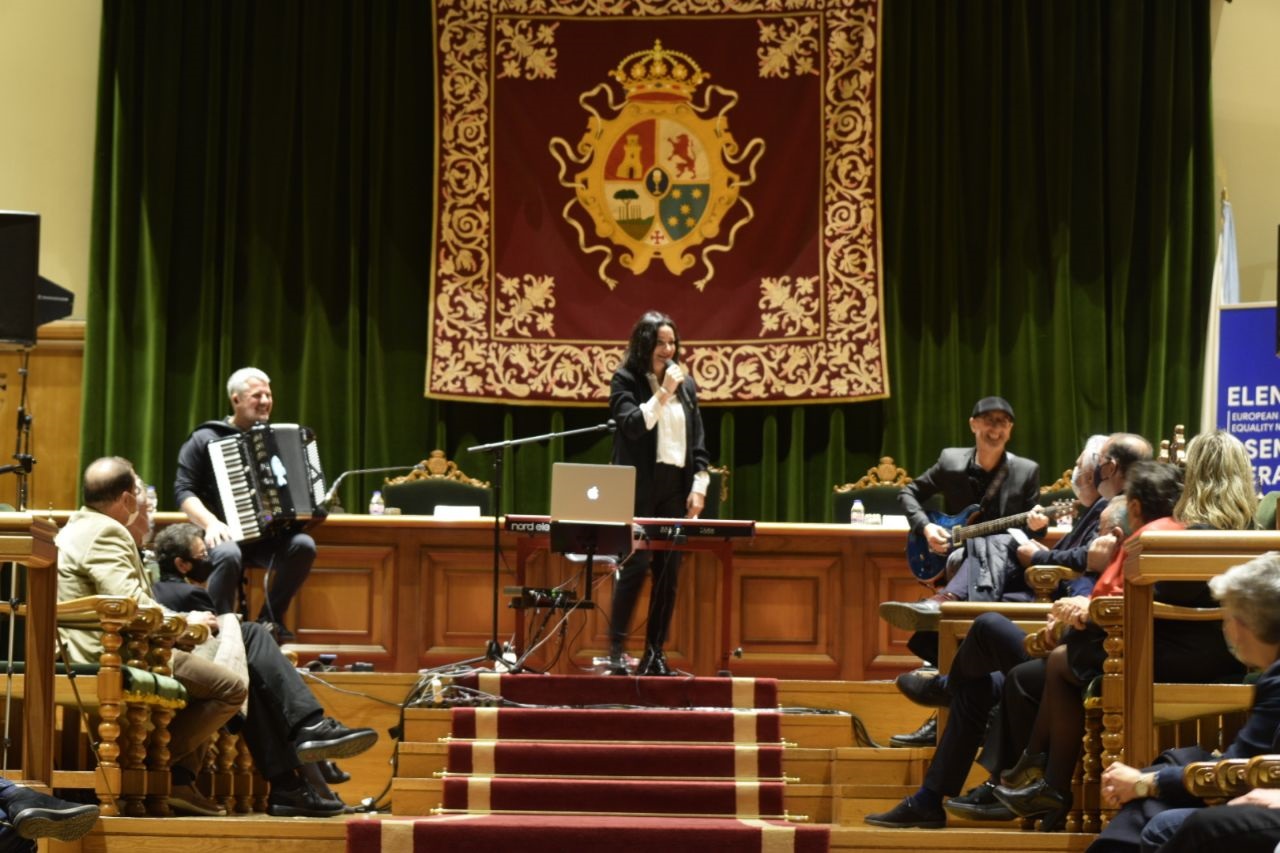 The delegates and guests were then treated to a concert from leading Galician pop singer Guadi Galego who succeeded in transforming the formal reception into a celebration of Galician language and culture. 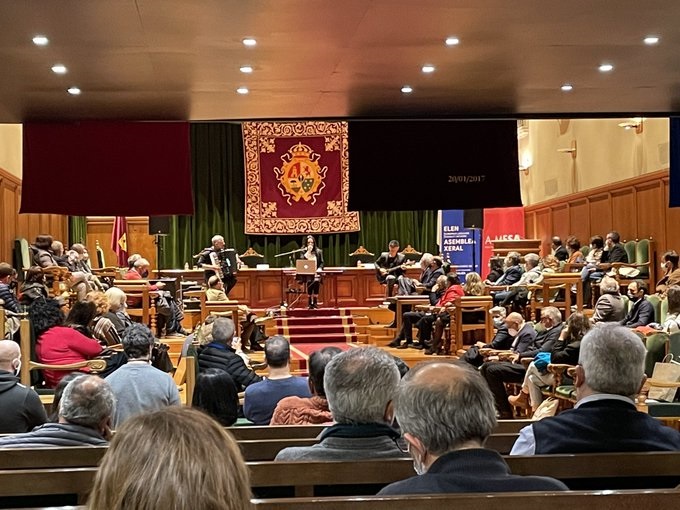 The event was organized by ELEN 2021 hosts A Mesa pola Normalización Lingüística, the leading organization for the protection and well-being of Galician. At the event A Mesa chose to honour Kontseilua Secretary-General and ELEN Vice-President, Paul Bilbao Sarria, with a honorary membership of the organization for his work on minoritized language rights. (Eurolang 2021)