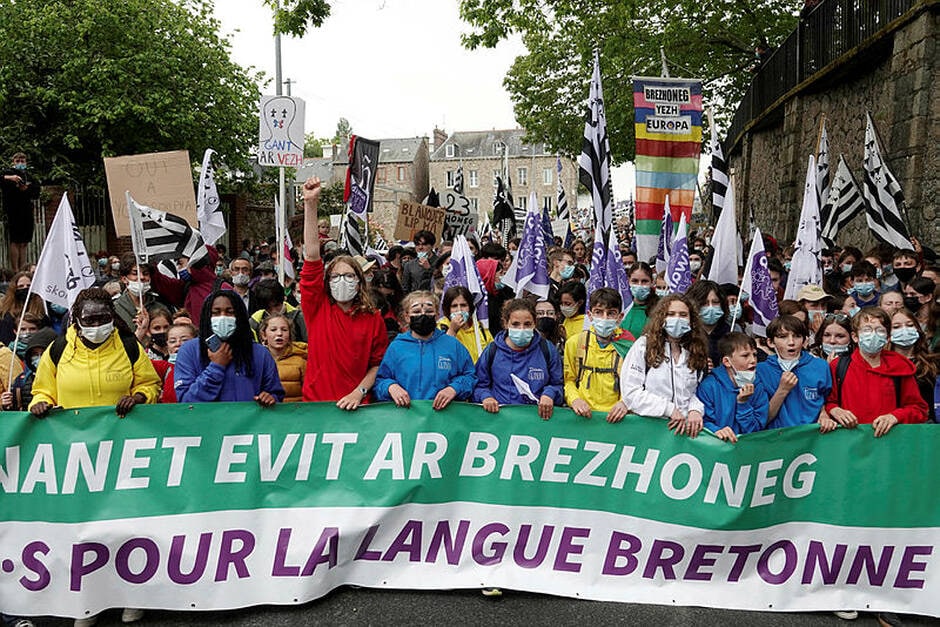 Bretons, Basques, Catalans, Corsicans, Occitans, Alsatians, Flamands, Gallo, Picards, Savoyards – thousands of people demonstrated on Saturday to defend immersion education in territorial languages, following the controversial censuring of the Molac Law by the Constitutional Council, despite the National Assembly voting for it with a huge majority.

A total of 48 separate demonstrations organized by ELEN member organisations and partners the Pour Que Vivent Nos Langues collective were attended by thousands of supporters. The Breton demo in Gwengamp was the largest with nearly 15,000 protesters. In Baiona there were around 10,000 demonstrators making it the largest ever Basque language demo in Iparralde.

Speaking at the Gwengamp demo Yann Uguen, President of the Diwan Breton immersion schools, said that, “We must modify the Constitution” to get out of “the impasse”.

Student, Aela Bricaud-Salomon, said. “The Bretons, as well as their culture, are discriminated against, we cannot .. use our mother tongue, learn in Breton, or give our children a Breton first name if it contains a n tilde.”

At the Colmar demo Claude Froehlicher, President of the Eltern Alsace parents association, commented: “It is a regression, because it is the very principle of the immersive teaching of a regional language which has been declared unconstitutional”, said

“We need solutions so that the one in five children in kindergarten are not found to be unconstitutional at the start of the school year,” stated Peio Jorajuria, President of the Basque immersion school network Seaska, at the Baiona demo.

“Real changes are needed to guarantee linguistic rights,” said Kontseilia Secretary-General and ELEN Vice-President, Paul Bilbao, who joined protesters at Baiona. “We have the right to live and learn in Euskara… a ban against the Basque immersion model is unacceptable.” 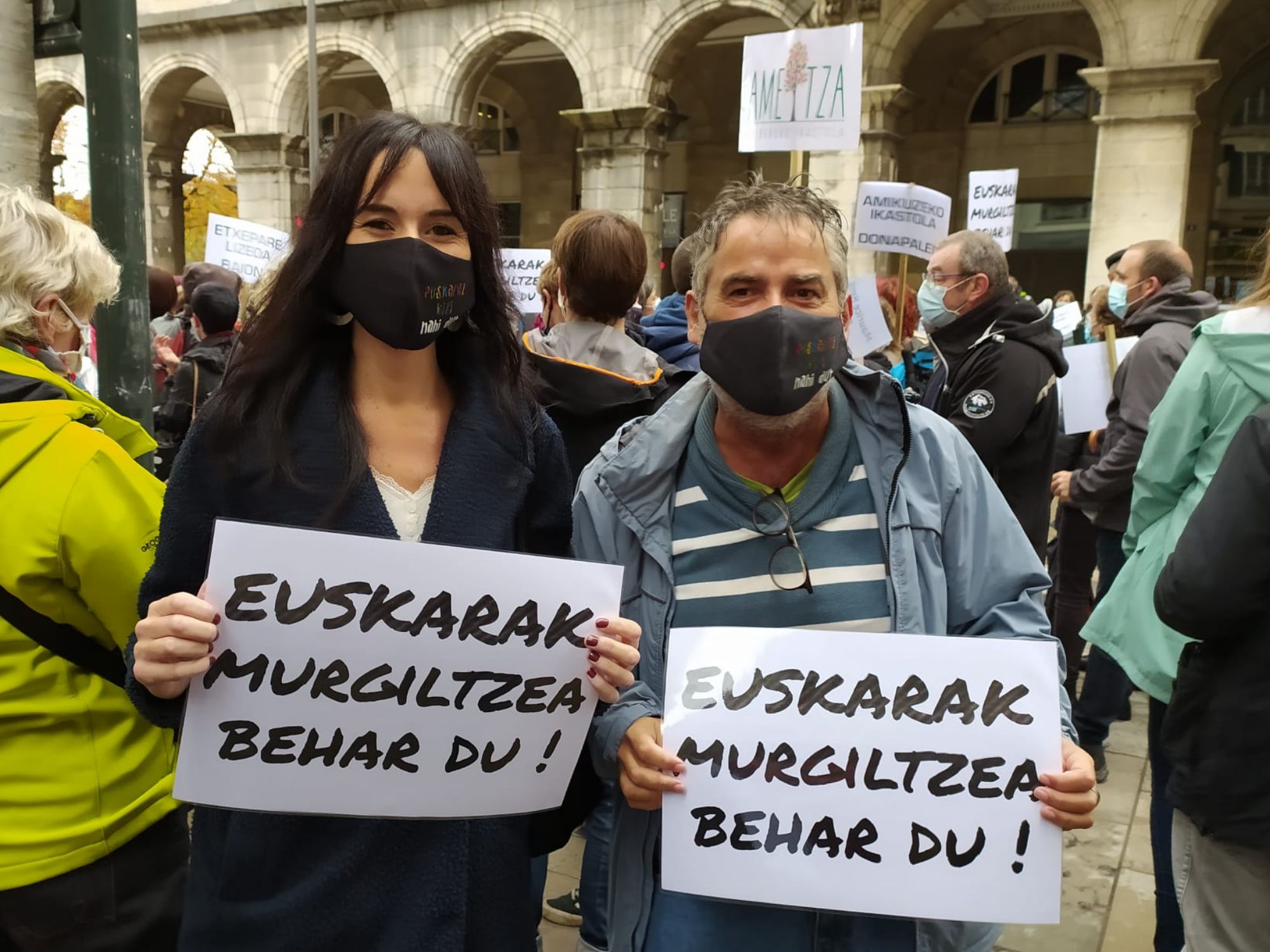 “Macron says that languages are a national treasure, that’s fine .. It is now up to him to propose a constitutional revision or a new law.  Said Jean Rene Etxegarai, Mayor of Baiona.

“For me, it’s pure 19th century stupidity. This law can shut down schools that have been in place for forty years.”’ Said Didier at the Occitan demo in Tolosa. 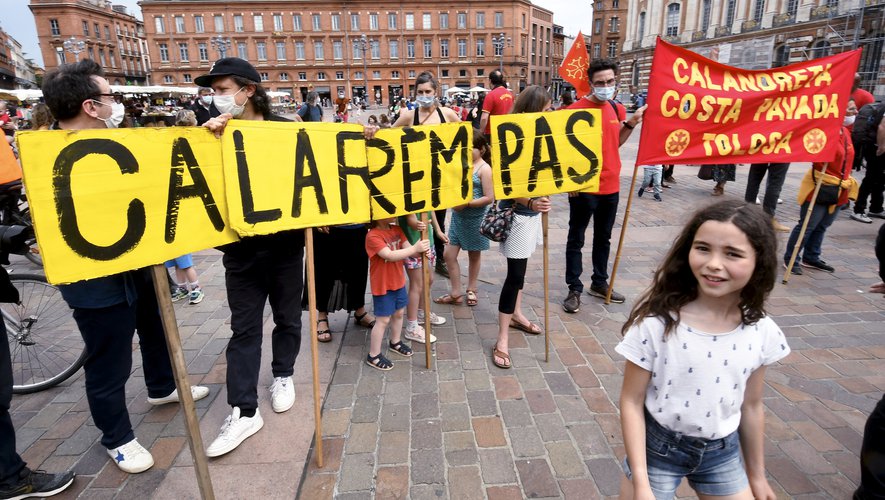 ELEN has written to President Macron welcoming his (May 26th) statement on social media underlining the contribution of immersion education to “securing the future” of “regional” languages so as to “guarantee the transmission of this linguistic diversity in accordance with the widely recognized educational frameworks.”

“However, while these warm words are welcome,” continued ELEN, “we are still waiting for the governing LREM party to deliver on their written commitment to us from 2017 to ratify the European Charter for Regional or Minority Languages, the European benchmark for language protection.”

“If we are to “secure the future” and “guarantee transmission”, we will need to go further than merely modifying Article 2 of the Constitution. We need to see some visionary language planning that is based on substantive language legislation which ensures: official status for each “regional” language in its territory; that gives support to full language recovery; that increases and ensures societal use; that restores intergenerational transmission; that embeds immersion education into the education system; and which will eventually deliver language normalisation.”

“We know how to regenerate endangered and minoritised languages, and there is a wealth of best practice available on how to proceed. But it also requires political will. Can we be assured that you and your Government will deliver on the political will required that will ensure the future for our languages?”

Since the constitutional court decision Paul Molac has proposed modifying Article 2 on the Constitution (which stipulates that the language of the Republic is French) so as to allow for the official use of territorial languages.

With the regional elections looming the French state’s ongoing policy to attack territorial, mostly endangered, languages have become central to the current political debate with the governing, and now divided, LaREM likely to suffer at the polls for their part in undermining the Molac Bill. If this is the case it will make the whole exercise of censuring the Molac Bill a spectacular own goal by Minister Blanquer and his Parisian clique. (Eurolang 2021) 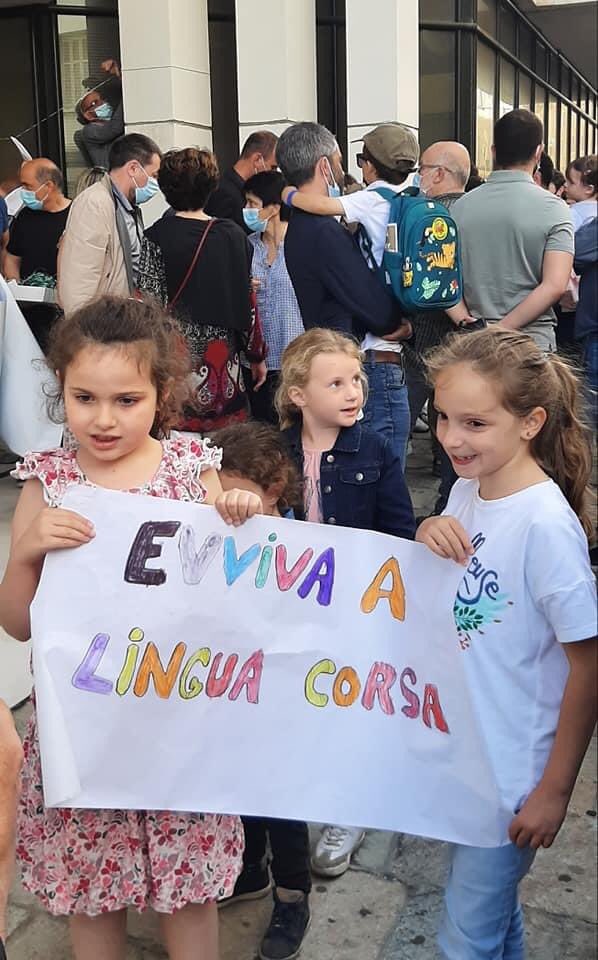 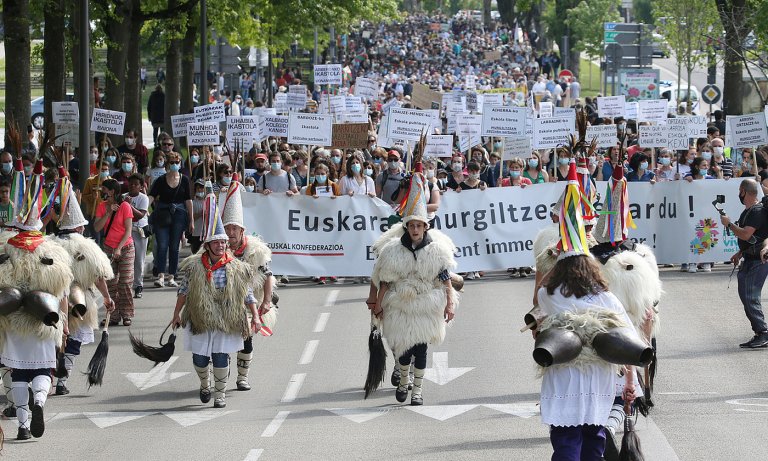