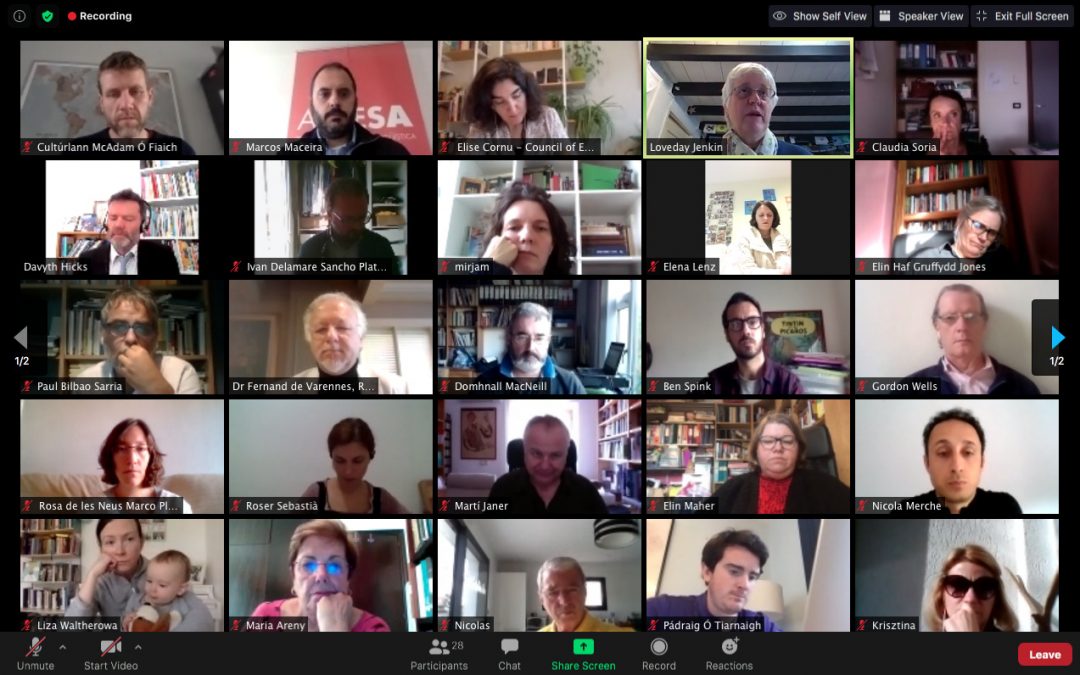 The European Language Equality Network held its autumn Steering Committee meeting online on Friday (23rd October) with presentations on the effects and consequences of COVID-19 on lesser-used language communities from UN Special Rapporteur Fernand de Varennes, and Elise Cornu, Head of the ECRML/ FCNM Division at the Council of Europe.
With Covid-19 exacerbating all existing inequalities, as well as hate-speech and discrimination against minorities increasing everywhere, ELEN members discussed the global perspectives on the effect of COVID-19 on minorities with the Special Rapporteur. 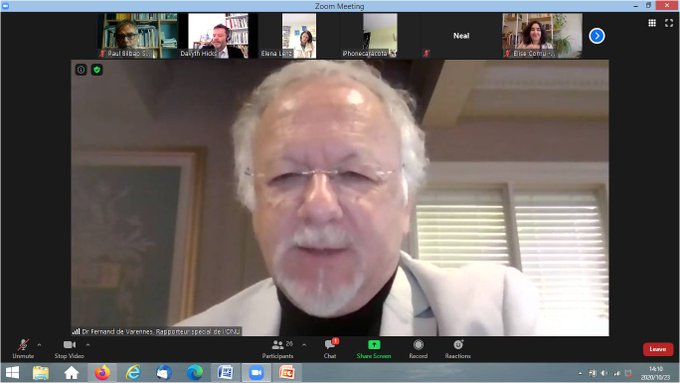 ELEN members were also delighted to welcome Ms Elise Cornu, Head of the Council of Europe ECRML and FCNM Division. ELEN welcomed the speedy intervention from ECRML COMEX alerting states on the requirement to communicate in lesser-used languages when the Covid-19 pandemic started, and to celebrate the close working relationship with the ECRML and FCNM team. Members decided to work together to issue a set of guidelines for states and international institutions to ensure language rights and the usage of lesser-used languages during the pandemic. 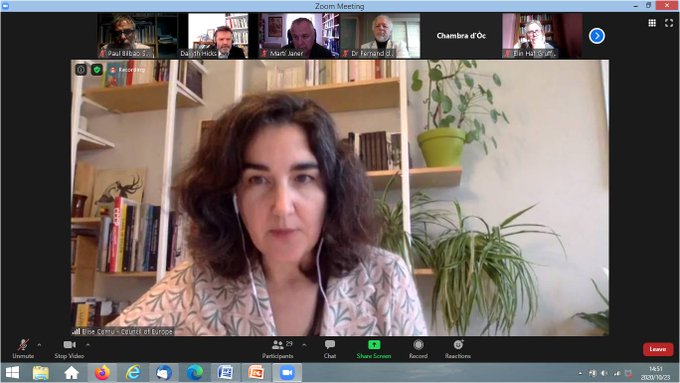 Three outstanding organisations were welcomed into the ELEN family at the meeting: Chambra D’òc (pictured), represented by Mariona Miret, which works to promote and protect Occitan in the Western Alps of Italy; the Uralic Centre, represented by Oliver Loode, which focuses on Finno-Ugric and Samoyedic (Uralic) peoples, languages and cultures; and Iaith: y ganolfan cynllunio iaith, the Welsh language-planning agency, represented by Buddug Hughes. 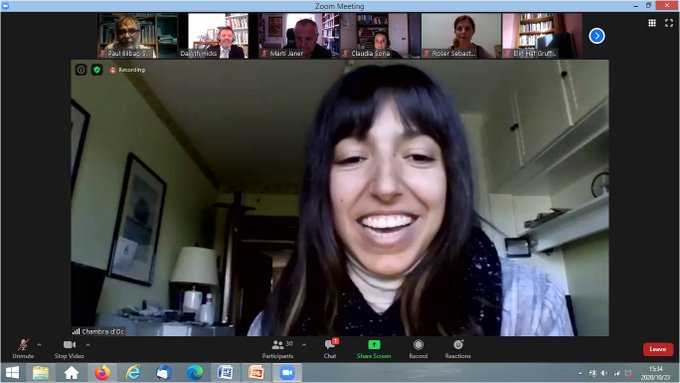 ELEN, with the Hungarian member organisation Erdélyi Magyar Nemzeti Tanács, renewed its call for signatures for the Sign It Europe European Citizens Initiative launched by the Szekler National Council, and praised the campaign by Plataforma per la Llengua and Conradh na Gaeilge to get signatures in their countries.
The follow-up to July’s UN Human Rights Council with Òmnium Cultural was discussed, with ELEN reaffirming its commitment to work for the release of all the Catalan political prisoners, and to continue to call on the Spanish state to address the systemic, co-official language discrimination by the police and judiciary.  ELEN also welcomed  news about the new legislative initiative in the Italian Senate to ratify the ECRML, with Vice-President Claudia Soria providing an update on the current situation. ELEN’s General Assembly in Galicia has been postponed until the spring of 2021 because of the pandemic. (Eurolang 2020)