The European Language Equality Network has welcomed the adoption by Spain of the majority of recommendations made by States in the UN Universal Periodic Review on human rights. However, serious challenges remain in particular regarding rights to freedom of expression and peaceful assembly, Spain’s non-compliance with the UN Working Group on Arbitrary Detention to release the Catalan political prisoners, as well as the continuing systemic discrimination against co-official languages by the police and judiciary.

“Several states have asked Spain to establish mechanisms to ensure human rights and we welcome Spanish plans to adopt a National Plan for Human Rights. We hope that Spain will now comply with all of its international obligations, including compliance with the Opinions of the Working Group on Arbitrary Detention calling for the release of the Catalan political prisoners. 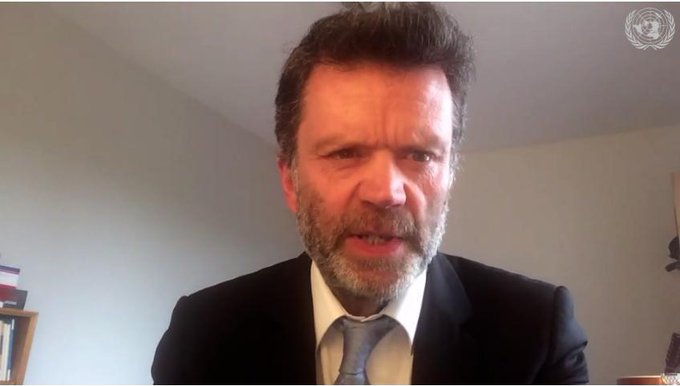 “19 states have asked Spain to take steps to guarantee respect for the rights of freedom of expression and peaceful assembly, and also to revise both the Security Law and the Criminal Code to ensure that they respect human rights. However, Spain continues to restrict these freedoms by keeping people imprisoned for exercising their rights, like Jordi Cuixart, President of Omnium Cultural, an ELEN member.

“We would like to see a commitment from Spain to reform the definition of the crime of “sedition” which was used against nine Catalan leaders. The ruling of the Spanish Supreme Court in 2019 against them is a clear criminalization of what were peaceful acts and civil disobedience.

“States have called on Spain to effectively investigate all allegations of excessive use of force committed by the security forces. Spain must ensure that swift, independent and effective investigations are carried out into all allegations of police misconduct and the disproportionate use of force during the 2017 Catalan referendum and the October 2019 protests against the sentences of Catalan leaders.

“Regarding language issues, we call on Spain to comply with the European Charter for Regional or Minority Languages and address the systemic anti co-official language discrimination by the police and in the judiciary, and to reverse recent Supreme Court rulings against the use of Catalan, Basque and Galician.

“Lastly, Spain must commit to ensuring the right to public participation by removing restrictions on elected Catalan politicians from taking up their seats in local, national and European institutions.”

At the January UPR meeting Spain was strongly criticized over its human rights record. 15 States called on Spain to guarantee the right to freedom of expression and peaceful protest. Switzerland, Italy, Belgium, Cyprus, the Czech Republic, Iceland, and Germany all expressed concern over the “restrictions” to these rights, with the Berlin delegation also noting Spain’s “generous interpretation” of the concept of national security in its legislation. Belgium, Canada, and Switzerland urged Spain to reform its criminal code to safeguard the above mentioned rights, while Italy asked it to pass additional measures to guarantee them and to improve investigations into the police’s use of force. Furthermore, the United States denounced the crimes against journalists and the attacks on the freedom of expression that have taken place. Canada said it should repeal legislation establishing the defamation of the crown as a crime.