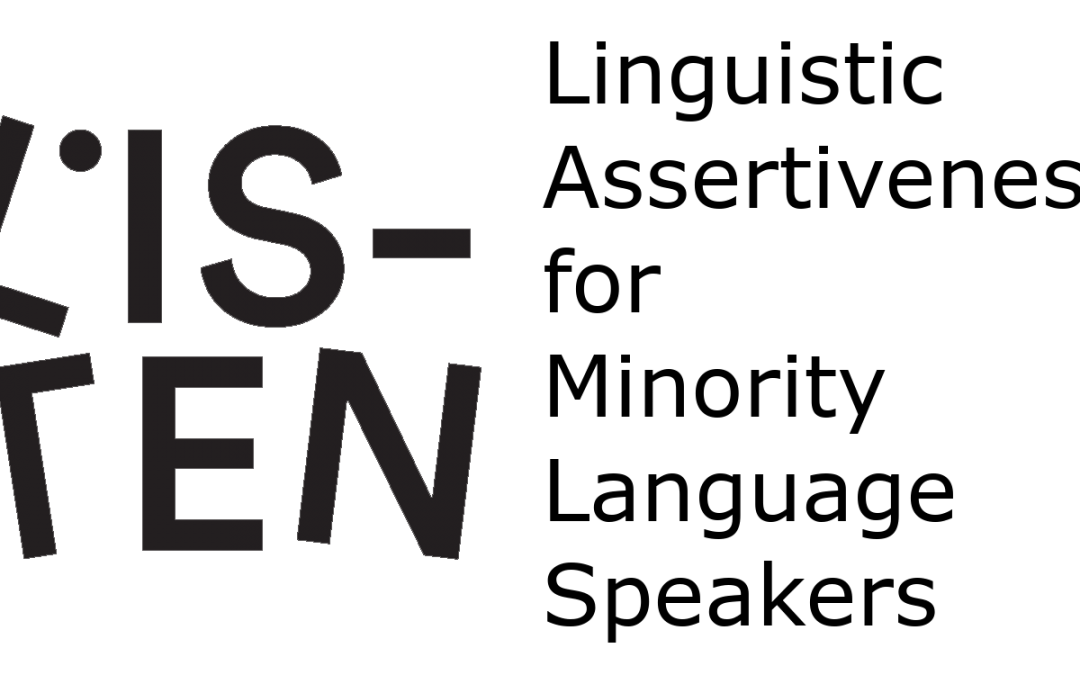 One of the aims of the Listen project is to teach the concept of language assertiveness to speakers of co-official, endangered, indigenous, ‘regional’ and minority languages (RMLs). The Listen project will train people to express themselves in their own language whilst feeling calm and self-assured, as well as when people are uncertain if their counterparts are speakers of the same language.

The LISTEN Project is committed to training future trainers such as language teachers and activists in language assertiveness so that they can develop courses specific to the sociolinguistic context in which they operate. The main result of the LISTEN project will be a methodology for adapting the concept to particular situations and developing courses for speakers of minoritised languages.

The project is supported by the EU Erasmus Plus programme.