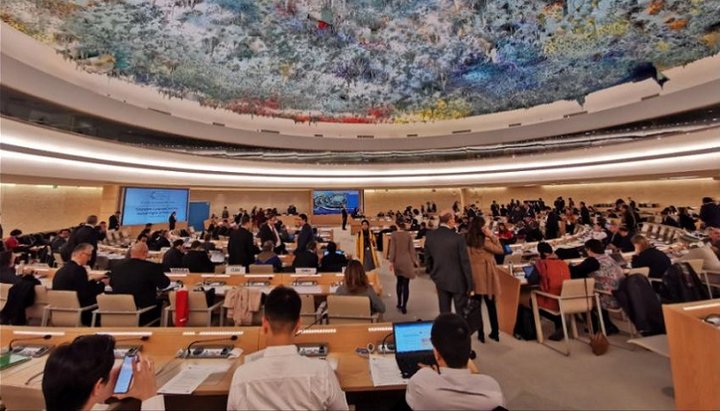 The European Language Equality Network has called for a new UN instrument to protect minoritised, indigenous and endangered languages at the Forum for Minority Issues held at the UN in Geneva.

This year’s Forum, focusing on education, language and the human rights of minorities, marked the final meeting of a series of regional forums held in Europe, Africa and Asia-Pacific.

Each regional forum gathered recommendations from civil society organisations on how to better develop and ensure minoritised and indigenous language education which will feed into a new set of UN guidelines to be published in 2020.

In a statement made at the Forum, ELEN Secretary-General Davyth Hicks outlined the crisis facing many lesser-used languages. “Language Rights are human rights”, he said, but that, “a long-standing problem with regard to minoritised language education is that the major international human rights treaties of relevance do not create a clear and unambiguous right to education through the medium of the minoritised language.

“In addition, few States have language legislation that acts to ensure provision of minoritised language immersion education, which is central to successful language revitalization and maintenance.”

“Several European states continue with policies that undermine minoritised or indigenous languages spoken in their territories.

“On Saturday, for example, thousands will demonstrate in Paris in support of minoritised language immersion education following a French Minister’s statement that criticised Breton-medium education.

“We cannot accept that EU member states, such as France, that claim to be defenders of human rights, continue to violate the rights of its own minoritised language speakers.

“On behalf of the European Language Equality Network, representing European civil society language organisations, we therefore propose a new UN instrument that will effectively protect minoritised and indigenous languages and education in them.

“As with the climate emergency, time is running out. For ELEN, most of our members’ languages are defined as endangered.

He concluded that,“We know how to regenerate our languages, but we need the legislation to underpin that regeneration effort.”

Closing the Forum, UN Special Rapporteur for Minorities Fernand de Varennes, noted the success of the regional approach, particularly because it allowed for greater input from language communities themselves, and underlined the centrality of education in minoritised languages for their protection and promotion. 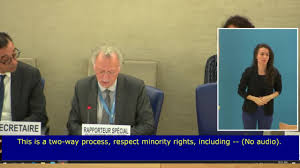 The recommendations from the Forum will be presented to the Human Rights Councuil in March 2020. (ELEN 2019)

Video of the opening session of the Forum on human rights and minority language education.