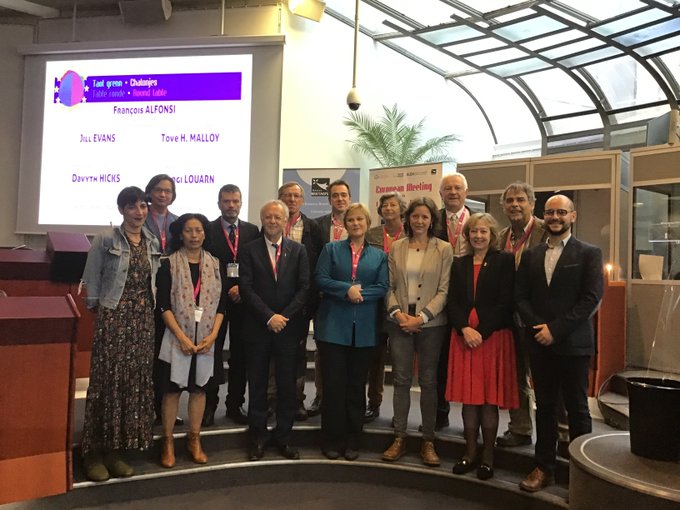 The European Forum for Language Rights held in Roazhon-Rennes, Brittany on October 25th featured discussions on language rights and language projects in Brittany, Europe and globally. At the event NGOs and politicians strongly criticised state policies against minoritised languages in the presence of the UN Special Rapporteur for Minorities and a representative from UNESCO.

Regional Vice-President Jean-Michel Le Boulanger opened the proceedings asking. “Why, in 2019, are we still having to defend Breton? It’s vital that NGOs continue the fight”, and called for “the equal rights and dignities of the Breton people” to be upheld. 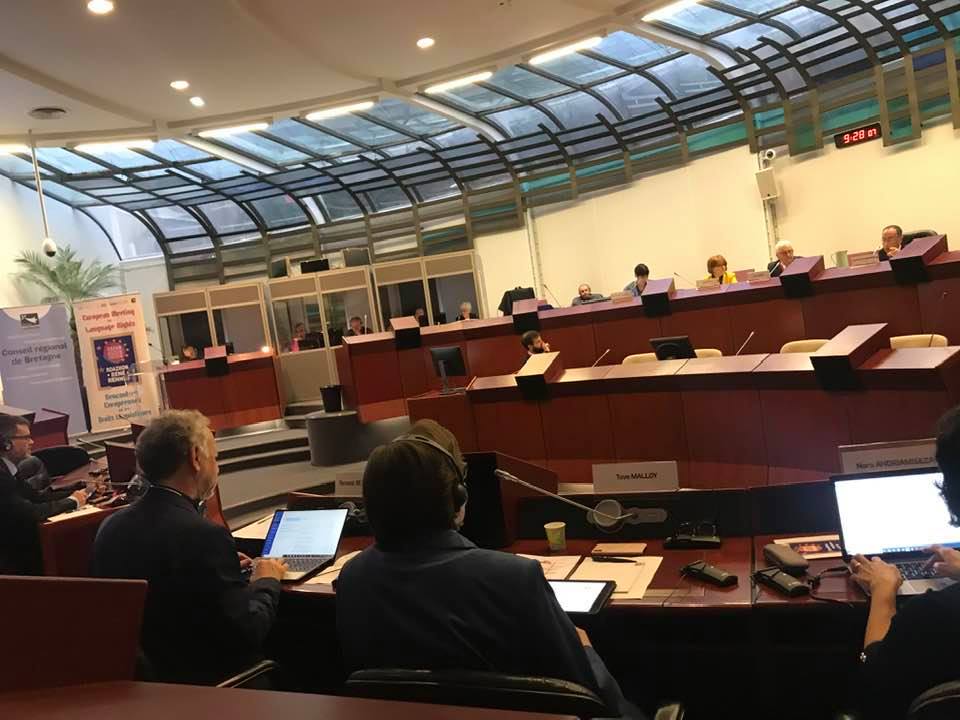 “France smothers languages and language rights,” said Diwan President Stéphanie Stoll and referred to the recent case of Fañch Bernard who after two years and five months of court cases managed to keep his Breton tilde. In September 2017, a court ruled that Fañch must be written without the symbol on his birth certificate stating that authorising the use of the tilde would amount to a “breach of the will of our state of law to maintain the unity of the country.” The ruling has since been overturned by the High Court.

“Civil society drives language recovery by creating the social spaces to use them,” said Paul Bilbao (Kontseilua, ELEN Vice-President) in his discussion of the Protocol to Ensure Language Rights – the state of the art and standard-setting tool drafted with the input of European civil society in 2016, as well as the current work to get Basque municipalities to adopt the Protocol.

Morbihan Deputy Paul Molac, who leads the working group on regional language and cultures in the French National Assembly, was scathing regarding France. “What has France done for ‘regional’ languages? Not a lot! … I think that we’re being too nice to a French state that has no respect for human rights, that is not complying with human rights, yet helped to draft the Declaration of Human Rights. In reality the French state is highly reactionary when it comes to human rights.” 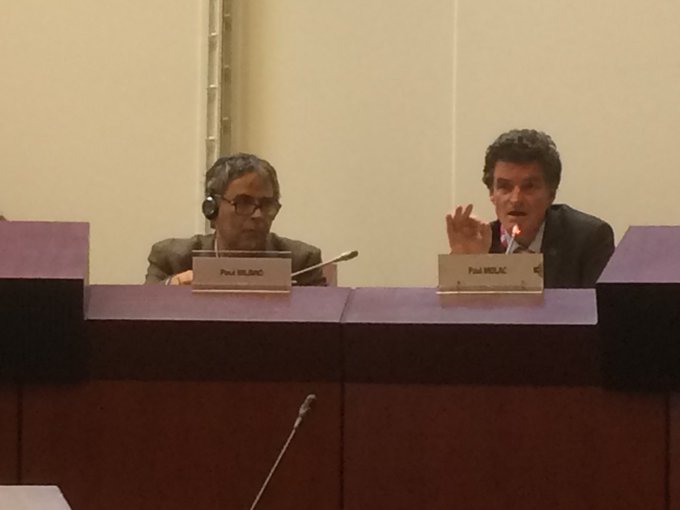 Regional Vice-President Lena Louarn outlined the work of the regional government for Breton and Gallo aiming towards “the dignity of all languages” using a bottom-up, grass-roots approach and the importance of working closely with organisations that are campaigning for language equality.

The afternoon featured a round table with presentations by experts on language rights developments at the European and international level. François Alfonsi MEP opened the session discussing his successful European Parliament Report on Endangered Languages and developments with the new Intergroup for national an linguistic minorities in the Parliament.

ELEN Secretary-General Davyth Hicks outlined the organisation’s work for an EU Endangered Languages Directive, to establish the post of EU Languages Commissioner, and, as the EU is the ‘Guardian of the Treaties’, that ECRML and FCNM violation and language discrimination act to trigger EU infringement proceedings. 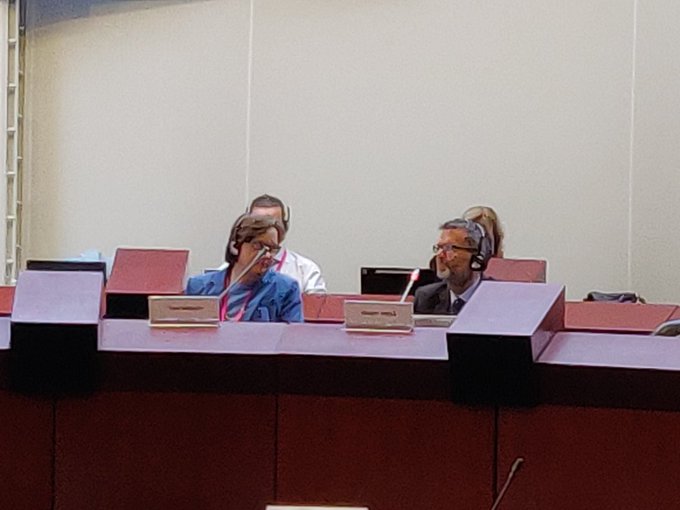 He praised the Breton movement for creating “facts on the ground, with Breton immersion schools, TV, radio, bilingual signage, all with no legal support, while at the same time facing constant French State intransigence as well as hostility towards the language.”

Tangi Louarn (Kevre Breizh, ELEN Vice-President) highlighted how ratifying the European Charter for Regional or Minority Languages remains incompatible with Article 2 of the French Constitution which states that “the language of the Republic is French,” thereby effectively excluding the official use of any ‘regional’ language.

Tove Malloy (Advisory Committee, Council of Europe Framework Convention for National Minorities) discussed the differences between eastern and western Europe in terms of language protection and proposed that more use be made of the EU Ombudsperson to address language issues. 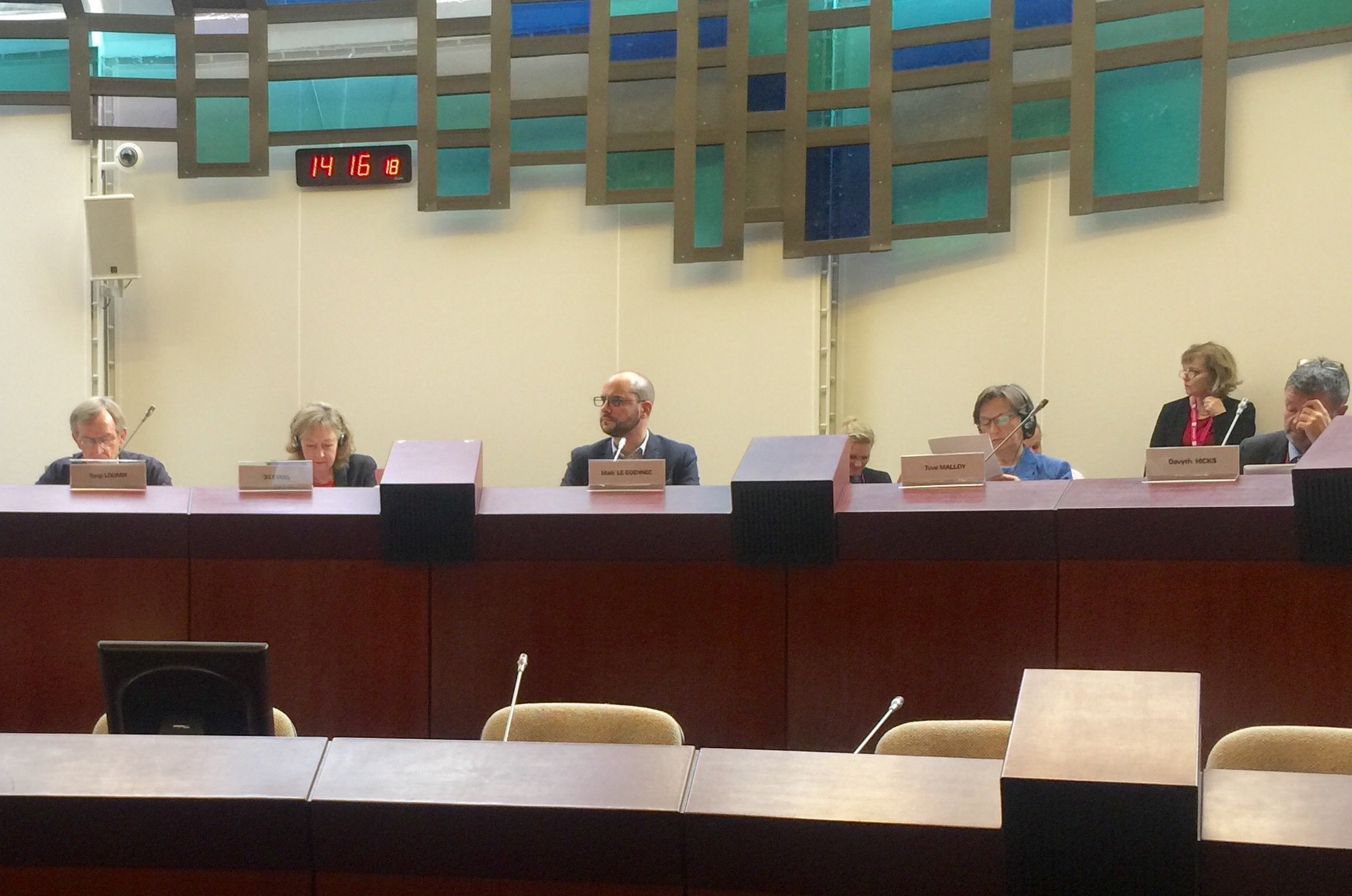 Jill Evans MEP discussed her work for Welsh and all minoritised languages in the European Parliament including campaigning for the use of Welsh by the EU and her successful report on Language Equality in the Digital Age.

Sorosoro chief, Rozenn Milin, former head of TV Breizh, said that a “Marshall Plan for languages was needed”. Tiphaine Siret spoke about the success of the Ar Redadeg sponsored run for Breton, and Samuel Julien discussed the work of Dizale in developing Breton language media.

Noro Andriamiseza, UNESCO Specialist on Education for Global Citizenship and Peace, outlined the work that UNESCO does for endangered languages worldwide, the 2019 Year for Indigenous Languages, and its Convention for Safeguarding the Intangible Cultural Heritage to help support all languages.

The UN Special Rapporteur for Minorities Fernand de Varennes concluded the Forum in his Plenary speech with a focus on principles and actions in the UN for linguistic rights. He outlined current Treaties that refer to linguistic rights and that the UN is yet to have a Treaty dedicated to minoritised language rights, as well as referring delegates to the recently published Guidebook on the Language Rights of Linguistic Minorities. 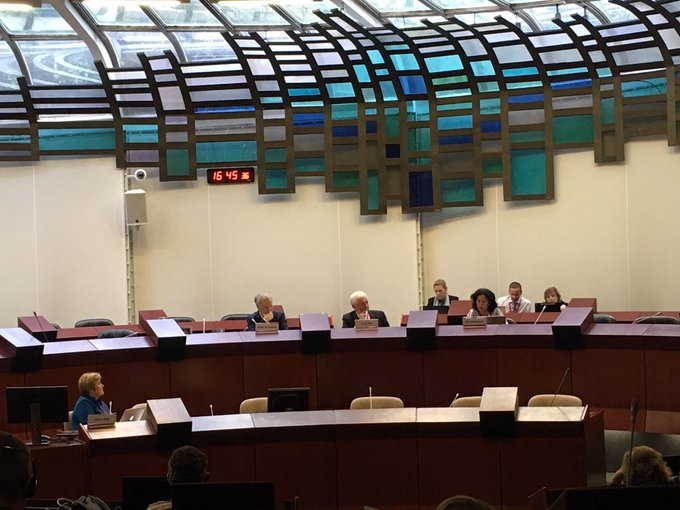 The Special Rapporteur emphasized the importance of ensuring that human rights are respected everywhere and that it is key for governments and for the public to understand that language rights are human rights.

The Forum was organised in partnership between Kevre Breizh, Kuzul Sevenadurel Breizh, Rannvro Breizh (Conseil Regional de Bretagne), and the European Language Equality Network with the support of the UN Special Rapporteur for Minorities. (Eurolang 2019)