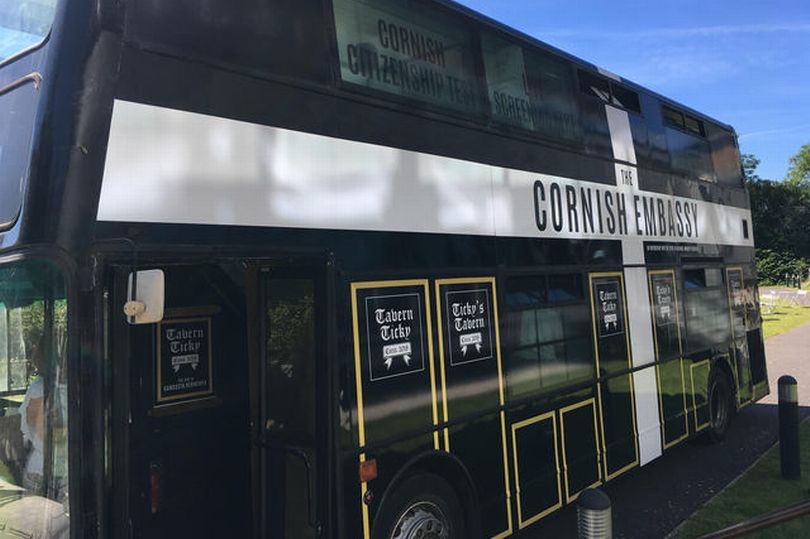 UK Government Communities Minister, Lord Bourne, announced £200,000 funding for Cornish language and culture at the UK National Minorities Summit held on Friday, hosted by Cornwall Council in Falmouth, Cornwall. Responding to the Minister, European Language Equality Network Secretary-General, Davyth Hicks, while welcoming the announcement, underlined that Cornish language revitalisation will need long term substantial funding and political support to be effective, and that the Government should ensure that the next UK Census has a Cornish tick-box. 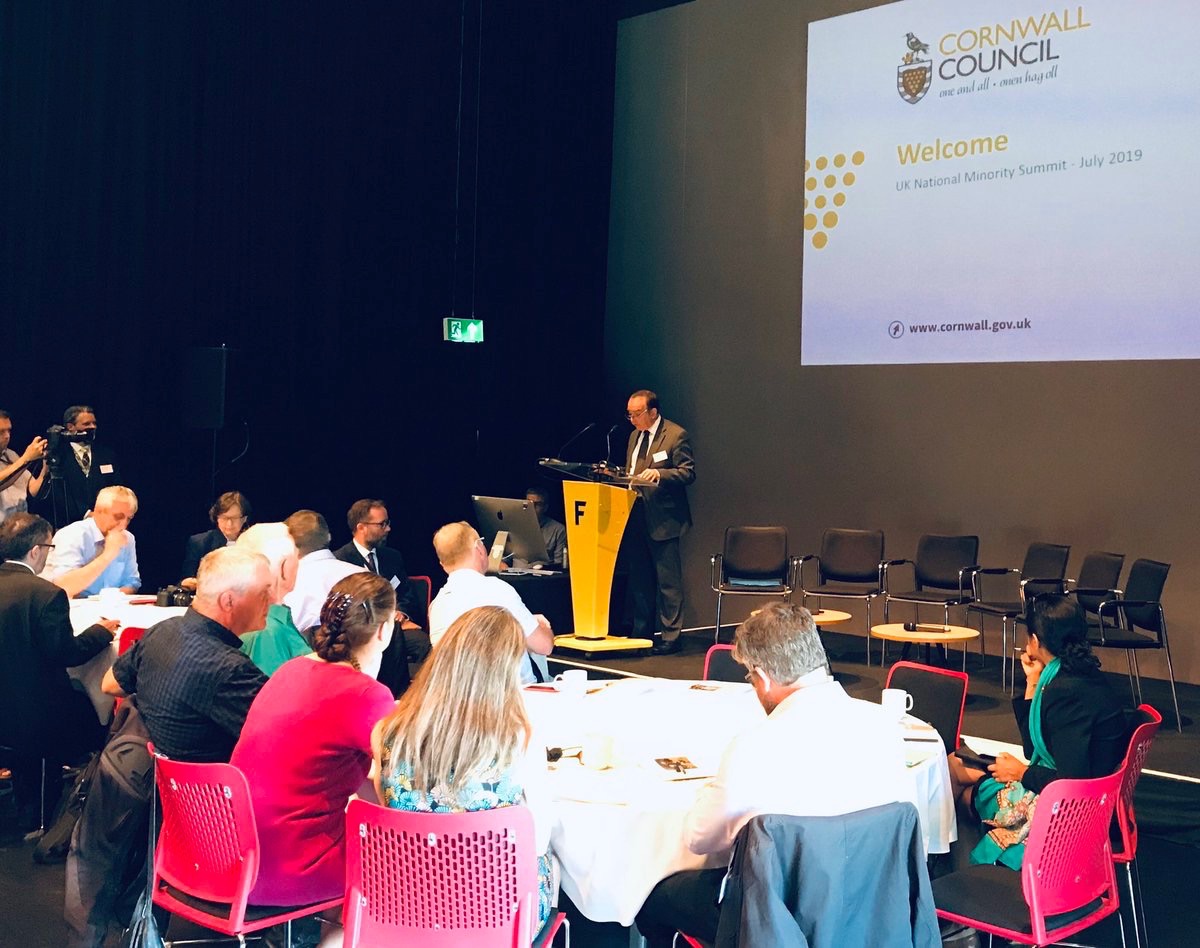 In his speech Lord Bourne said that, “we should support the Cornish language and help it flourish for generations to come. Cornwall has a rich history and distinctive identity, and it’s right that we are committed to promoting it.”

The minister said it would be “unacceptable” for a Government to stand by and do nothing as a language dies and it was important to provide support. He said the language was a “uniquely valuable asset” and the Government was “committed to protecting it”.

“Nobody will want to look back in 20 years and say we could have made a difference but we stood by and did nothing,” he added.

The minister praised the work that Cornwall Council had done in promoting culture, language and heritage in Cornwall and singled out Golden Tree Productions for its work with the Cornish Embassy and Azook, which is tackling educational barriers.

Lord Bourne was asked about the campaign for Cornish tick-box and said that while it was an issue that was above his pay grade and a different department he would do what he could to raise awareness in Westminster. He also encouraged people to contact Cornwall’s MPs to continue to raise the issue.

While welcoming the funding announcement, ELEN Secretary-General Davyth Hicks responded that, “We need to see a long term commitment to the language in funding and in policy, as stipulated in the Framework Convention for National Minorities [FCNM] and the European Charter for Regional or Minority Languages [ECRML]. We need to see the whole Cornish language revitalisation infrastructure put in place from teacher training, teaching materials, the development of teaching Cornish as a second language, and the development of immersion provision from pre-school, to primary and secondary. 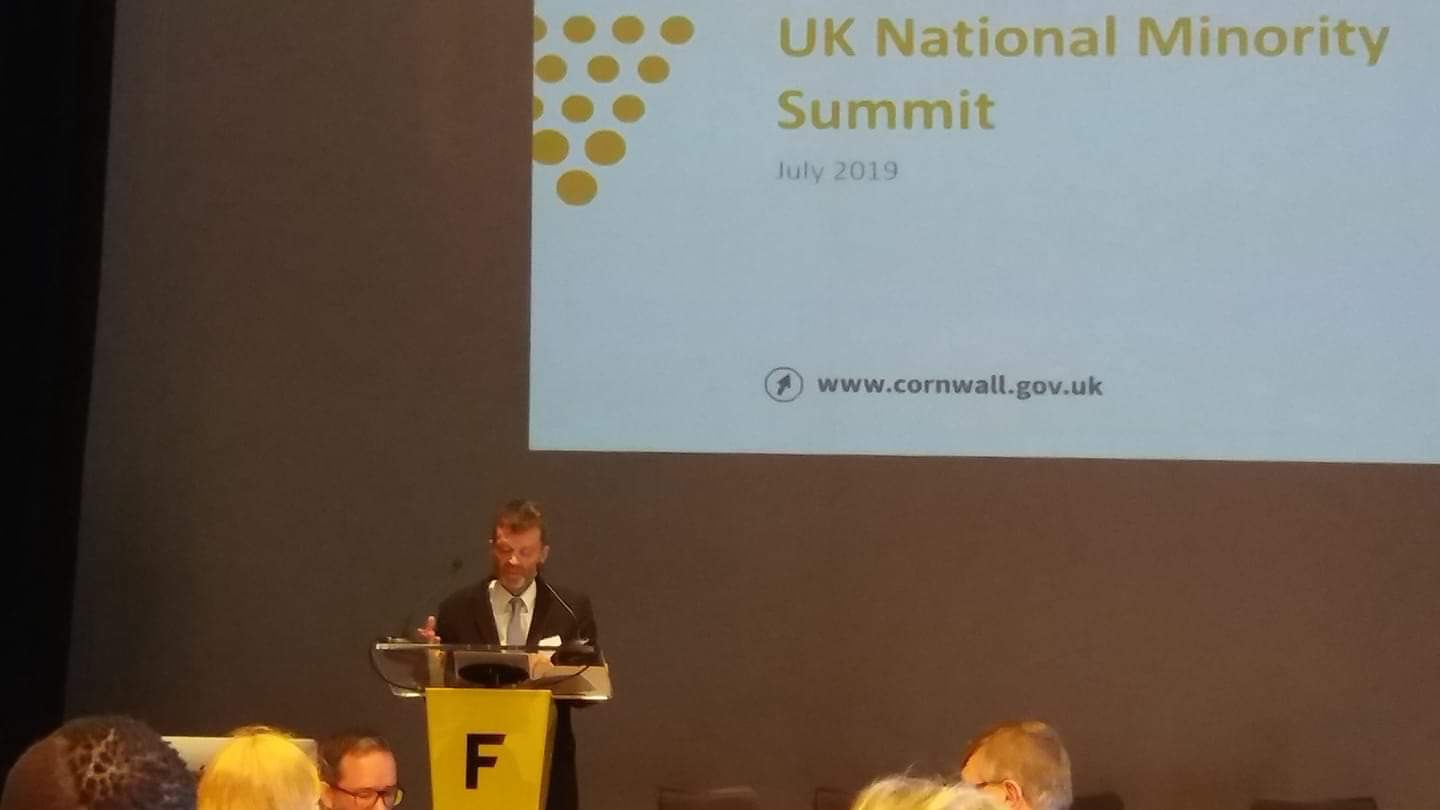 “With effective language planning and support we have all the tools to revitalise Cornish, but we must have that long term support to achieve the goal of normalisation. The U.K. is in an unique position to make Cornish language revitalisation a huge success story.”

Dr. Hicks and other speakers emphasised the need for a dedicated Cornish tick-box on the census. “It is difficult and eventually more costly for Government to plan ahead for the Cornish in terms of language, culture and housing, for example, when we don’t have the exact numbers of Cornish people, as well as helping to ensure that the UK meets its obligations under the Treaties. He reminded the Minister that next to nothing had happened in terms of implementation in the five years since Cornish inclusion and that the Committee of Ministers of the Council of Europe had called on the UK to include a tick-box as well as fund Cornish language and culture in 2018.

The FCNM also has a broad range of obligations for national minority protection, for example, Article 16 where states must “refrain from measures that alter the proportions of the population” which could be used to address the housing crisis faced by the Cornish regarding the lack of affordable housing and the lack of restrictions on holiday lets. Dr Hicks suggested that Government introduce impact assessments under the FCNM on all new proposals for housing developments to ascertain whether or not they are affordable for the Cornish.

Prof. Tove Malloy from the European Centre for Minority Issues and member of the FCNM Advisory Committee underlined the UK’s obligations to fulfil the binding Treaty as well as discussing best practices from other European states in government structures designed to better protect national minorities.

Denzil Monk introduced proposals for an independent Cornish media service which would be vital in providing Cornish language content. Ian Saltern and Claire White from Azook discussed their important study of current barriers to Cornish language and culture in education where provision is completely lacking despite nearly 52% of children self identifying as Cornish. 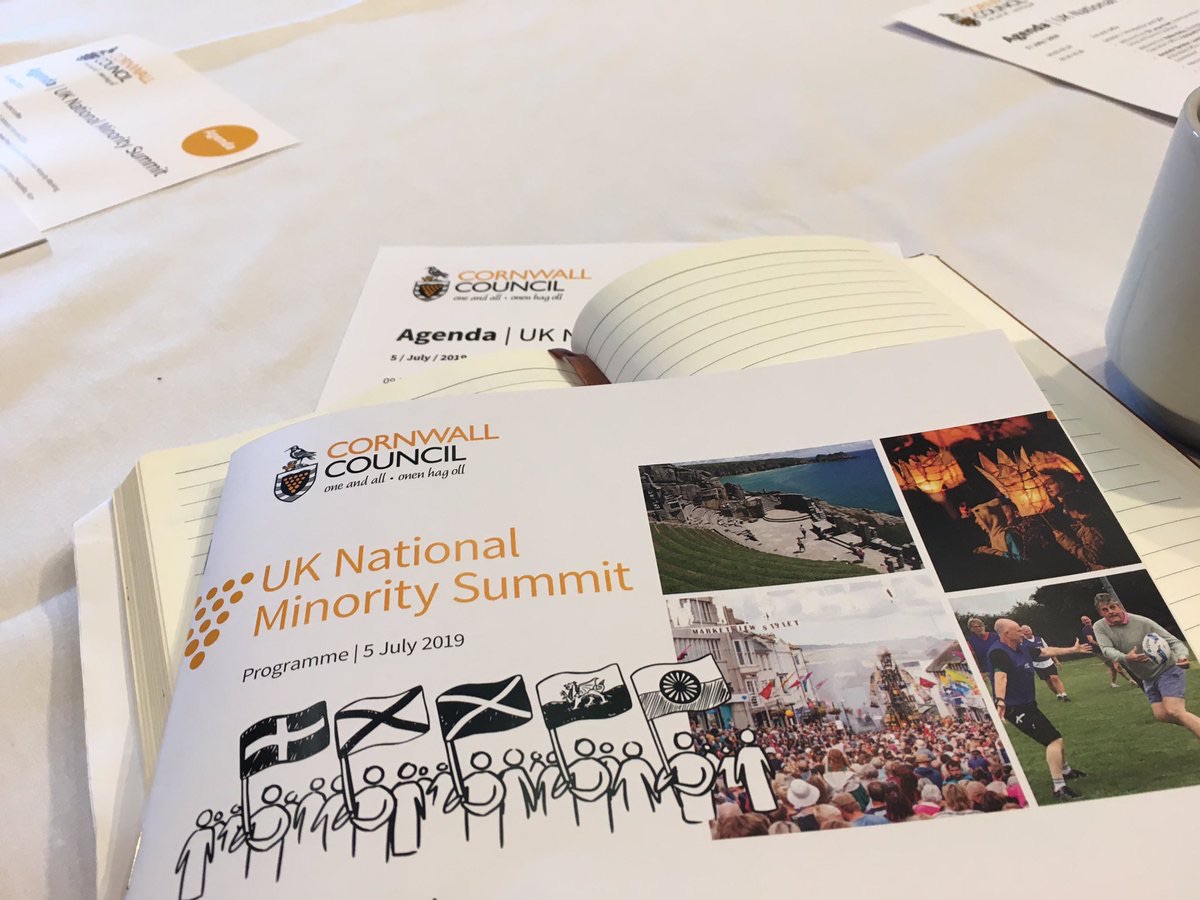 Representatives from other countries spoke about their experiences with FCNM implementation. Iain Campbell from Sabhal Mòr Ostaig emphasised the need to ensure that each language community were properly informed about the UK’s obligations under the FCNM and ECRML. The Jersey Minister for Culture, Montfort Tadier, and Jèrriais teacher Ben Spink discussed developments with the teaching of Jèrriais, and called for its inclusion on the FCNM.

ELEN member Prof. Elin Haf Gruffydd-Jones (Mercator Media) described Welsh language activist experiences, noting that while Welsh has made significant progress and how setting a target for one million speakers has helped, and that overall “tolerance is OK, but respect is always better.” 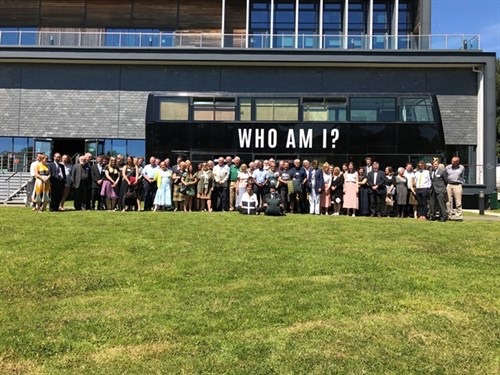