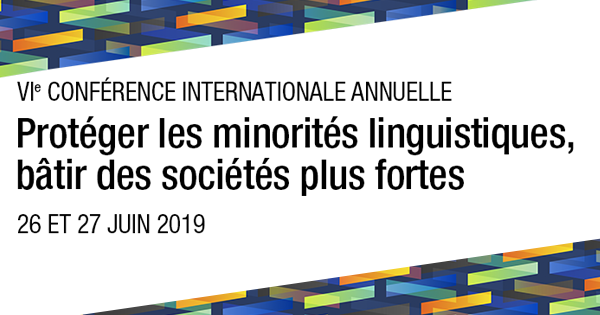 Language commissioners, ombudsmen and language rights experts from around the world gathered in downtown Toronto last week for the sixth annual conference of the International Association of Language Commissioners (IALC) hosted by the office of the Ontario Ombudsman, Paul Dubé.

The theme of the conference was “Protecting Linguistic Minorities, Building Stronger Societies” with panellists from six continents exploring the pivotal role of ombudsmen and language commissioners in the protection of minoritised language communities, and as indispensable tools for societal integration, peace building and conflict prevention in multi-ethnic and multilingual societies.

The conference featured leaders in the field on language rights including UN Special Rapporteur for Minorities Fernand de Varennes, who described language commissioners as the “special agents for language rights” in his speech, as well as Rob Dunbar, François Boileau, Vesna Crnić-Grotić, and Tove Malloy. 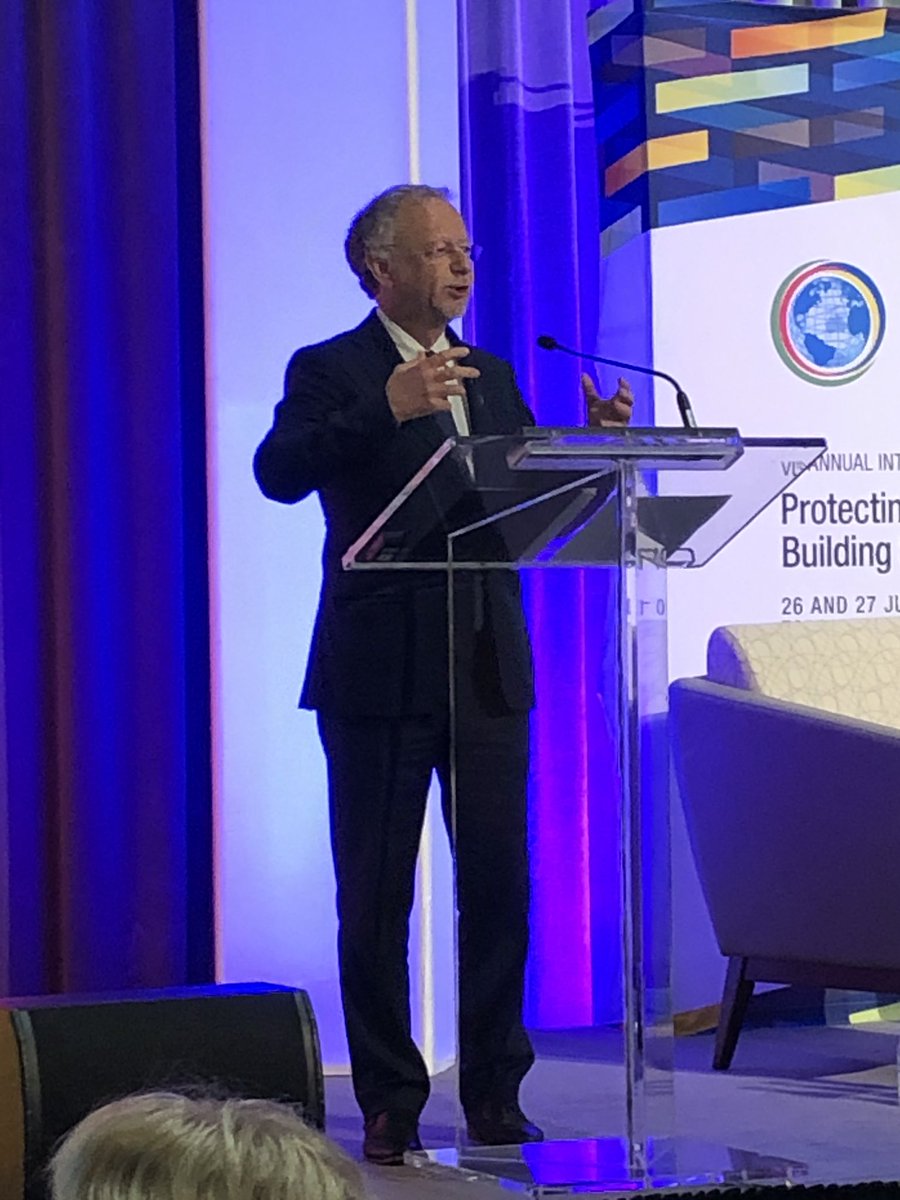 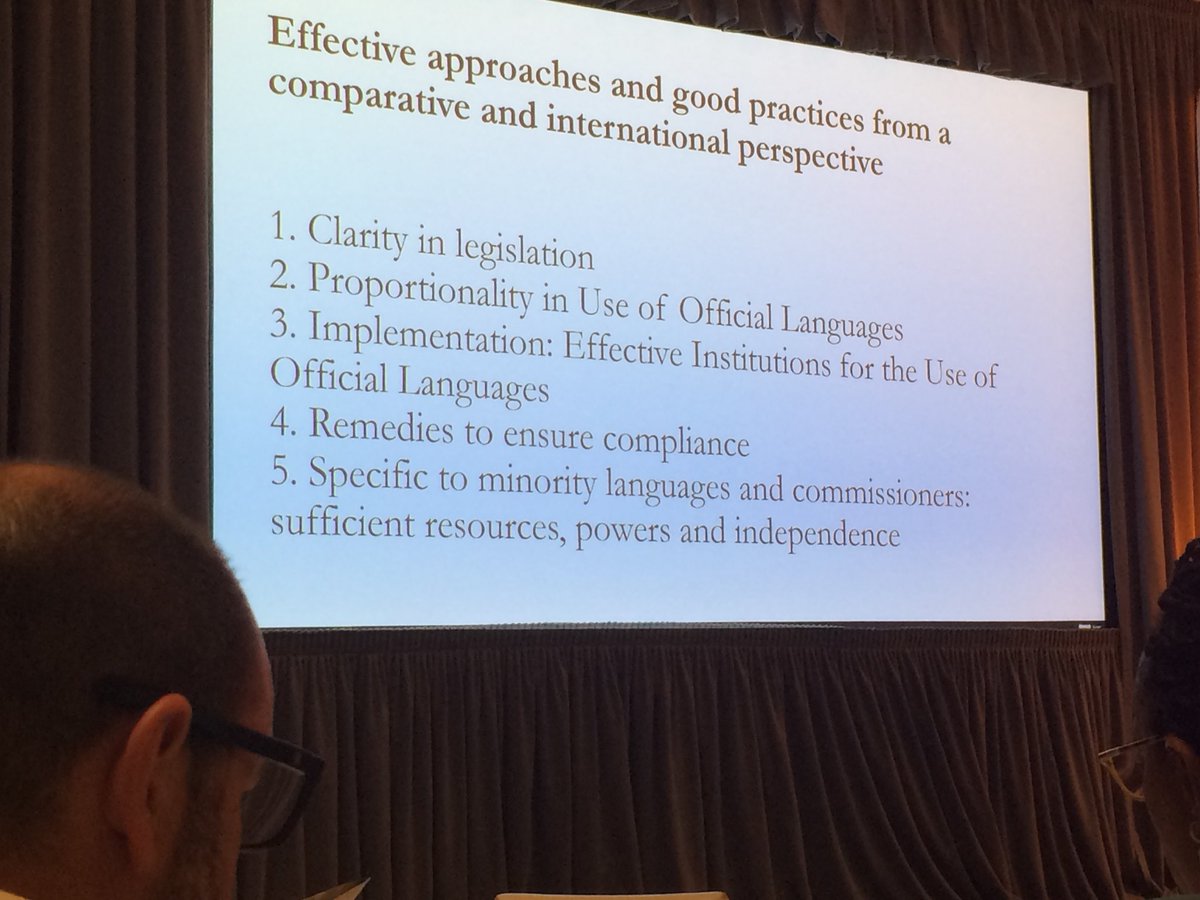 ELEN Secretary-General Davyth Hicks addressed the panel on ‘Setting European Standards for Minority Language Protection’ underlining that, firstly, “despite the progress made since the 1990s, we still need clear and unambiguous legislation at the domestic and international levels that acts to counter discrimination and that ensures minoritised language rights. Secondly, that civil society is a key driver for successful language maintenance. Thirdly, that our languages, especially those that are endangered, need long-term substantive support, both politically and financially. With effective language planning and support we know how to revitalise a language but we must have that long term support to achieve the goal of normalization.”

While Dr. Hicks noted the success of domestic legislation and how the Council of Europe’s Charter for Regional or Minority Languages and Framework Convention for National Minorities had become benchmarks for language protection and helped to normalize the concept of minority protection to the majority population, there were still overarching problems. These include “the lack of consequences for non-compliance with the ECRML and FCNM, little in the way of clear and unambiguous rights, non-ratification of the Treaties by several European states, and poor implementation by some ratifying states.” 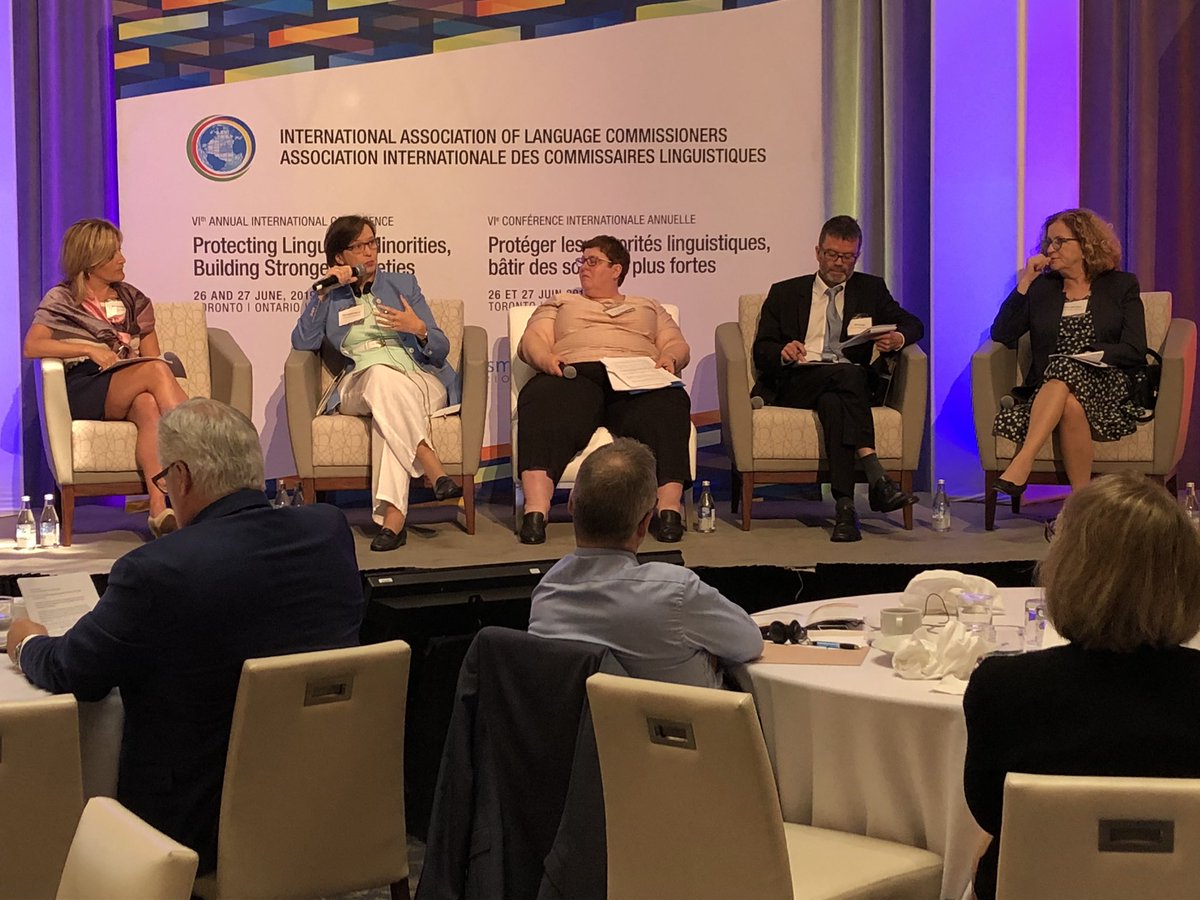 Answering the question on how to build a comprehensive framework for language protection, Dr. Hicks referred to current ELEN policy proposals including domestic legislation for each European minoritised language, a European Languages Commissioner or ombudsperson to ensure language rights.

He added that “the EU was in a position to be much more pro-active in promoting and protecting European lesser-used languages, as it had been pre-2007, but that this would depend on the new EU Commission.” Furthermore, Dr. Hicks referred to the Donostia Protocol, drafted by civil society organisations, as the new standard-setting tool based on the experiences and best practices of those working for language maintenance from across Europe.

At the conference the IALC launched a new collective book ‘Constitutional Pioneers: Language Commissioners and the Protection of Official, Minority and Indigenous Languages’ by Eleri James and Hermann Amon which highlights the critical role played by language commissioners in protecting and promoting minorities and indigenous languages around the world. 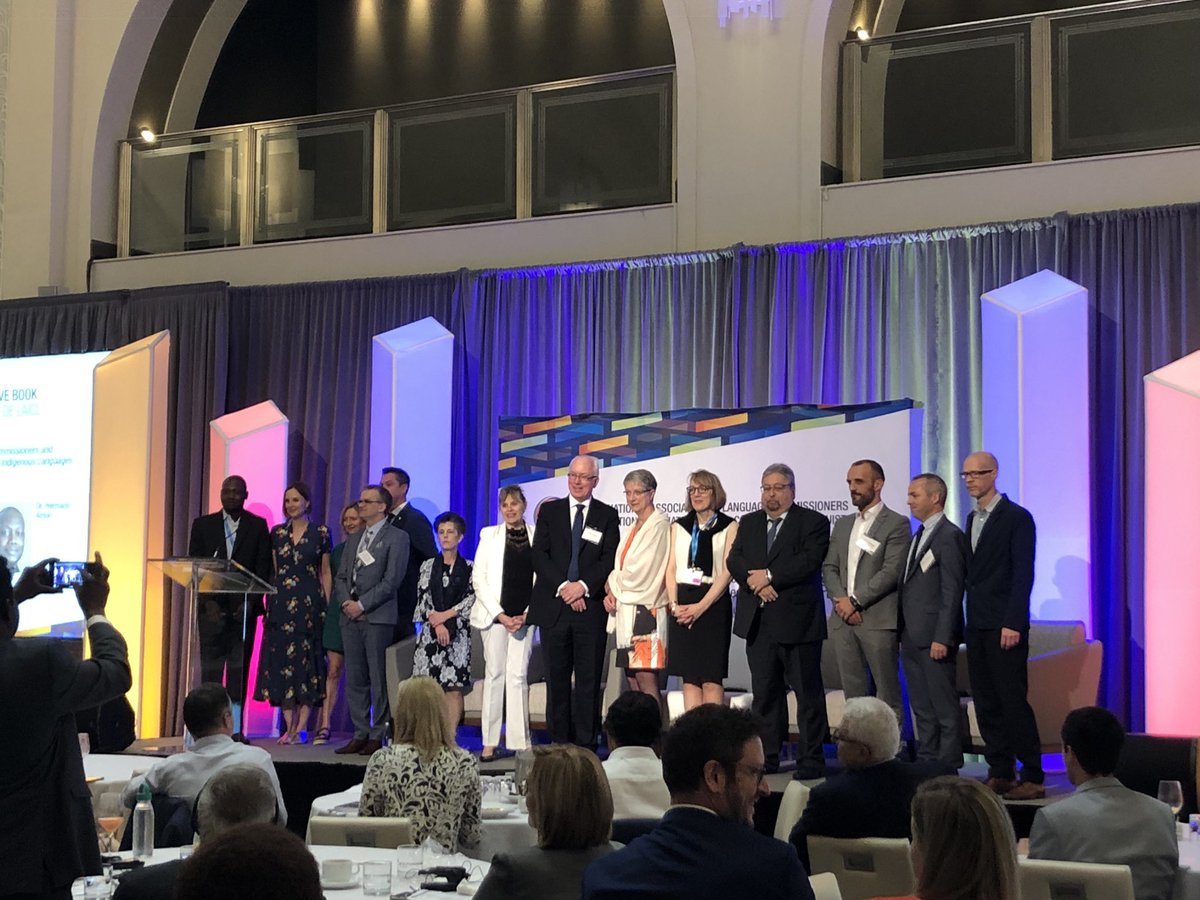 The panel on indigenous languages gave a different perspective on effective methods on language regeneration especially on dealing with the trauma associated with language loss. Prof. Rawinia Higgins (Aotearoa) emphasised that “language regeneration is a long game, I want my language on the side of the cereal box, that’s my objective.” Dr. Candace Galla (Hawaiʻi) added that for many indigenous people “schools were not seen as safe places to revitalize languages” and were often seen as part of the trauma of language loss. 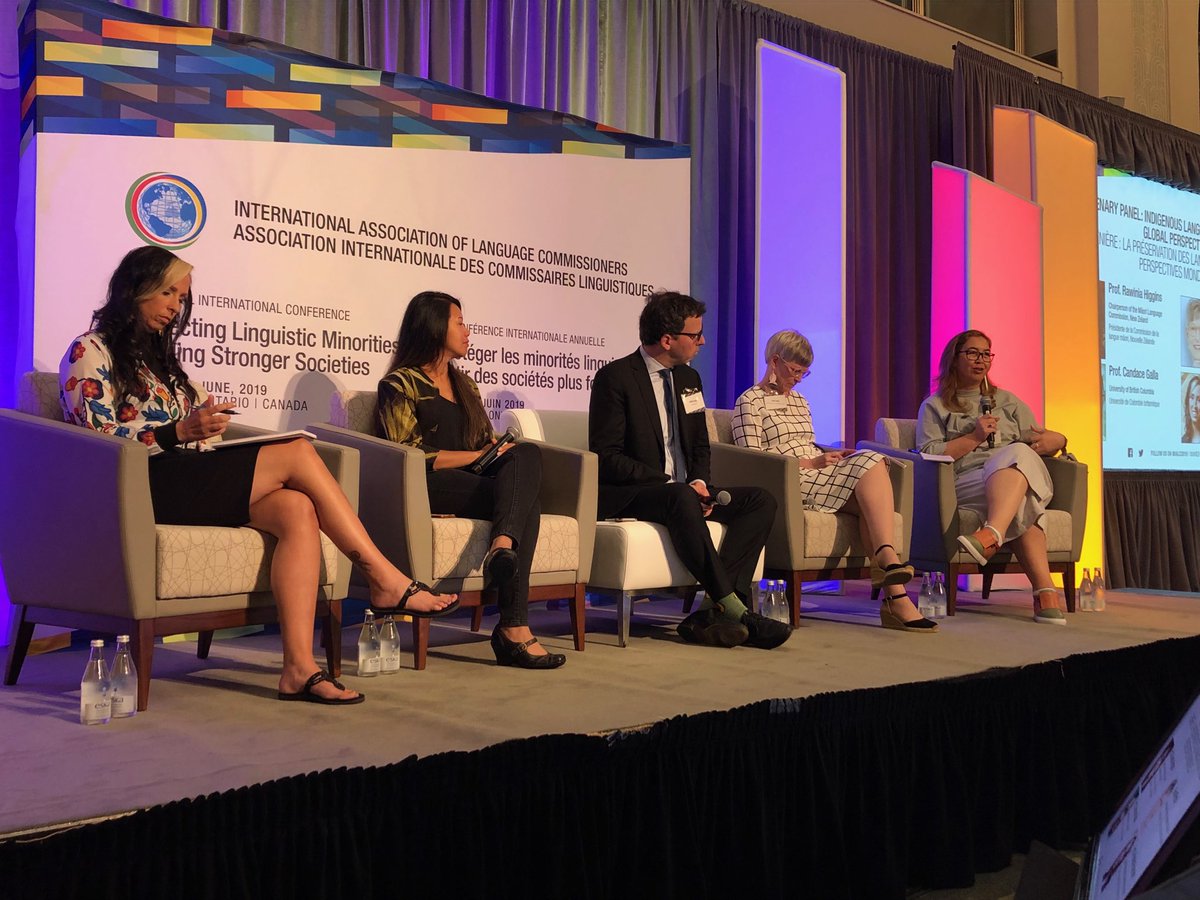 IALC Chair and Irish Language Commissioner Rónán Ó Domhnaill chaired the final panel of former language commissioners with the previous Irish language commissioner, Seán Ó Cuirreáin, stating “language legislation is a shield, not a sword,” and that “protecting rights does not mean taking away the rights of others.” 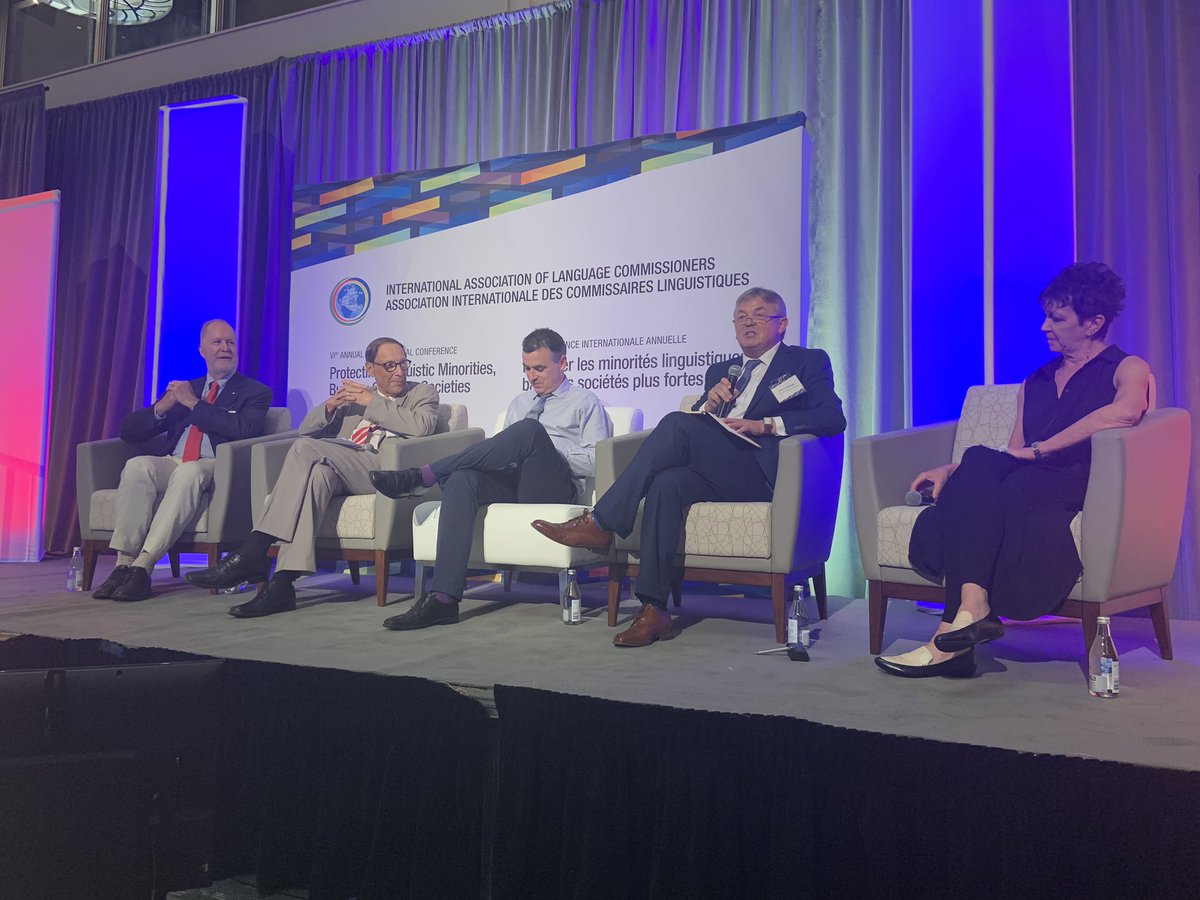 Founded in 2013, the IALC is an independent body made up of language commissioners and ombudsmen from around the world. Members include Ireland, Catalonia, the Basque Country, Kosovo, Flanders, Wales and Canada, including Ontario, New Brunswick, the Northwest Territories and Nunavut. The IALC’s mission is to support language commissioners and advance the rights of linguistic minorities, equality and diversity by sharing experiences, knowledge and best practices, and cooperating with like-minded organizations that embrace the promotion and protection of human and language rights. (Eurolang 2019)

“Respecting Linguistic Diversity? Language Discrimination in the EU” A Report on the 2016 European Parliament Hearing https://elen.ngo/wp-content/uploads/2018/01/LanguageDiscrimination-PDF-for-online.pdf