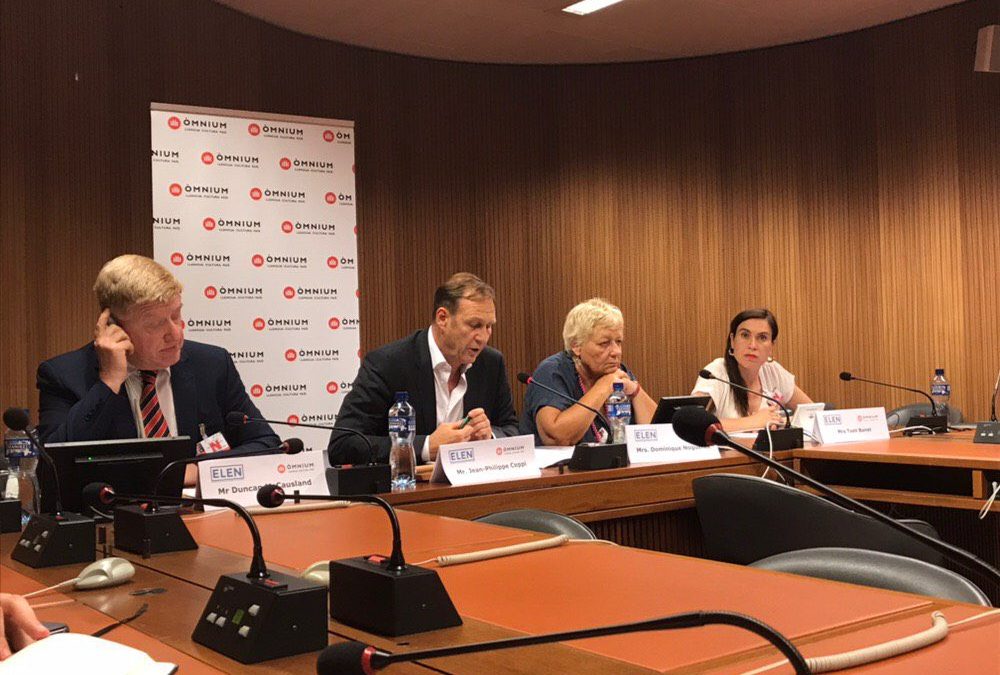 Òmnium Cultural and the European Language Equality Network have denounced the violation of Catalan civil rights at the 41st session of the UN Human Rights Council (HRC) in Geneva issuing two written statements, oral statements, and jointly hosting an official side-event. At the event Dominique Nogueres, from the International Federation for Human Rights (FIDH), warned Spain of “serious consequences” over its non-compliance with the UN Working Group on Arbitrary Detention report on the Catalan trials.

The side-event was entitled, “The violation of the rights to freedom of peaceful assembly and association in Spain”. Speakers included Duncan McCausland, former director of the Northern Ireland Police Service and co-author of expert evidence on the behaviour of voters during the October 1st referendum; Dominique Nogueres, FIDH Vice-President and international observer of the Catalan trials and the referendum; and Txell Bonet, journalist and partner of Jordi Cuixart. The moderator was Jean Philippe Ceppi, journalist and producer at Temps Présent of Radio Télévision Suisse. 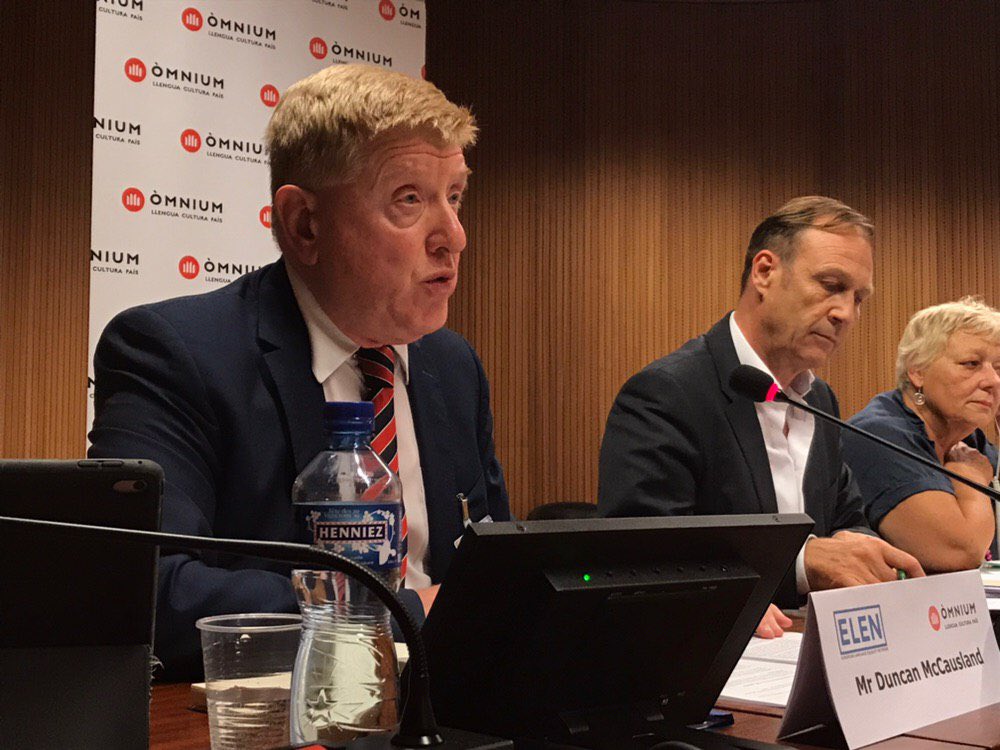 Commenting on the 20th September demonstration and the October 1st referendum, Duncan McCausland said that, “Our conclusion after seeing all of the videos is that the majority of the people acted peacefully. There was a huge multitude who were not violent.” He added that any charges of rebellion should be withdrawn.

Dominique Nogueres warned Spain of “serious consequences” over its non-compliance with the UN Working Group on Arbitrary Detention report on the Catalan trials – which called for the immediate release of those imprisoned – because Spain’s actions are “calling into question international law itself.” 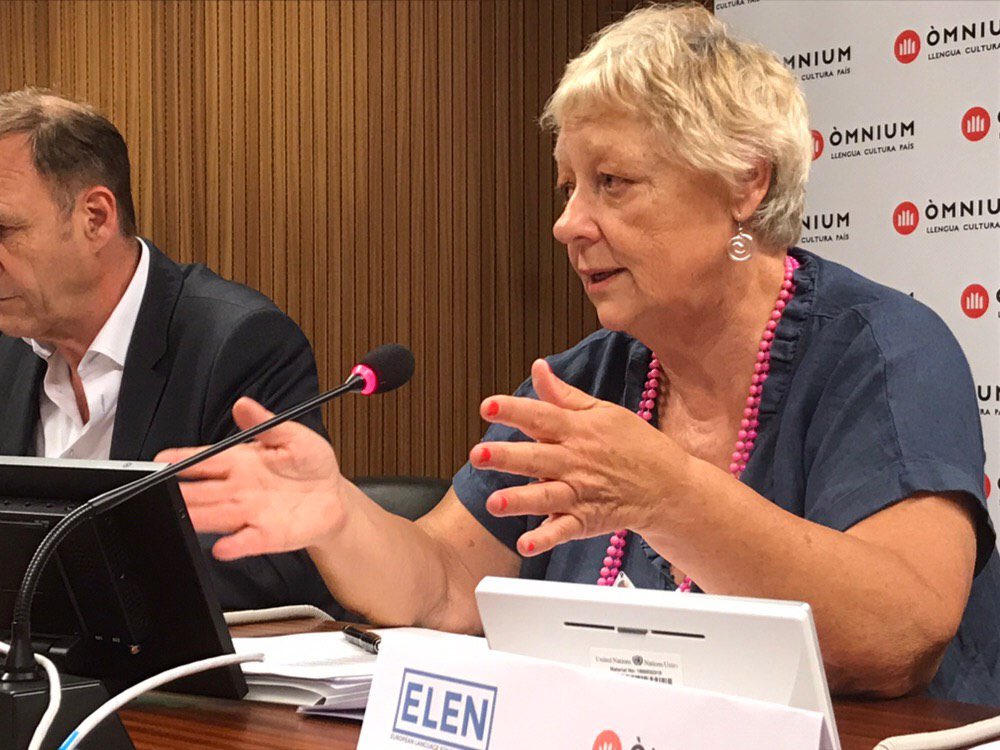 Txell Bonet stated that the charges against her partner Jordi Cuixart, a human rights defender, are “an example of their concept of a demonstration as a threat, and that this has become an attempt to repress the exercise of this fundamental right.” 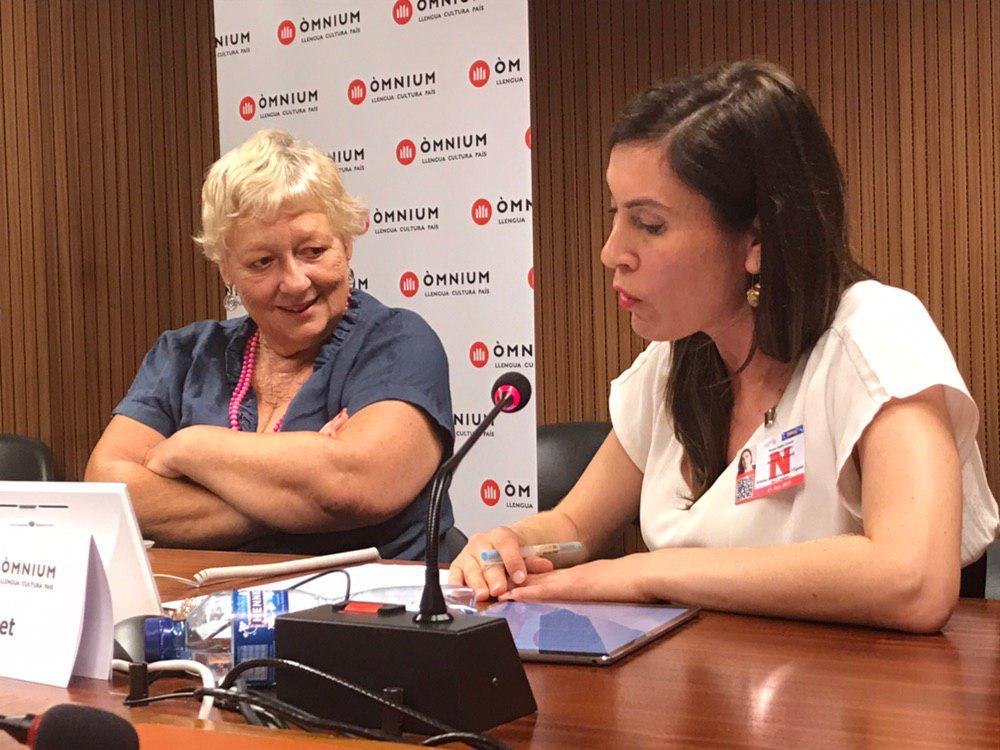 Ms Bonet explained that “the only objective” of the case is to “scare the population and destroy” the Catalan independentist movement, which is “social and peaceful.” She called for the immediate release of her husband and the rest of the political prisoners, and full compensation for the damage caused.

Òmnium and ELEN issued two joint written statements. Firstly, on the violation of the right to freedom of expression and of peaceful assembly which calls for the immediate release of Òmnium President Jordi Cuixart and the Catalan political prisoners.

The second statement addressed press freedom and details attacks on the Catalan media during the period of the October 1st independence referendum. The statement calls on the Human Rights Council to “ensure that Spain respects press freedom, protects journalists who are the victims of attacks, and pursues and prosecutes those responsible for these actions and for conducting a campaign of censorship against the Catalan press.”

ELEN and Òmnium will continue working to ensure that the UN HRC takes action regarding civil rights violations in Catalonia and for the immediate release of the Catalan political prisoners.

ELEN Òmnium Written Statement on the violation of the right to freedom of expression and of peaceful assembly.