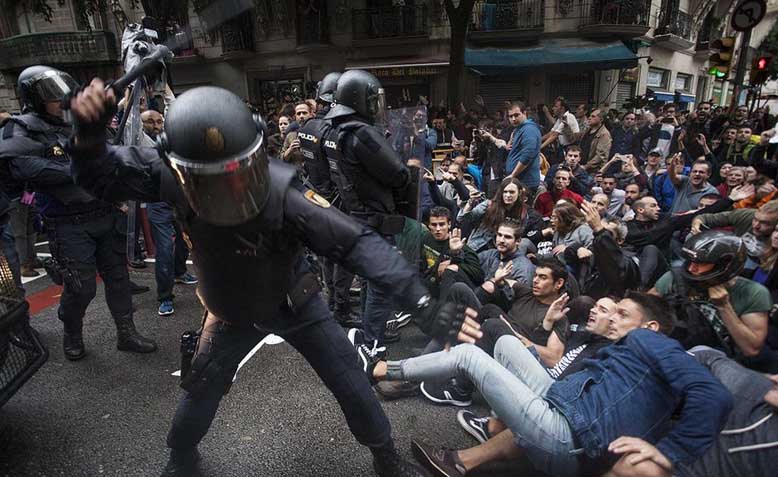 The European Language Equality Network (ELEN) and the Catalan NGO Òmnium Cultural have submitted two written statements, and will hold a side event, on human rights violations in Catalonia at the upcoming UN Human Rights Council 41st session starting on Monday 24th June in Geneva.

The first written statement on the violation of the right to freedom of expression and of peaceful assembly calls for the immediate release of Òmnium President Jordi Cuixart and the Catalan political prisoners who are currently imprisoned under pre-trial detention, some for over 600 days.

The second statement addresses press freedom and details attacks on the Catalan media during the period of the October 1st independence referendum. The statement calls on the Human Rights Council to “ensure that Spain respects press freedom, protects journalists who are the victims of attacks, and pursues and prosecutes those responsible for these actions and for conducting a campaign of censorship against the Catalan press.”

ELEN and Òmnium will be hosting a side-event at the UN HRC on Tuesday 25th June at 17.00 entitled, “The violation of the rights to freedom of peaceful assembly and of association in Spain” to which State representatives, NGOs, national human rights institutions, and the media are invited. 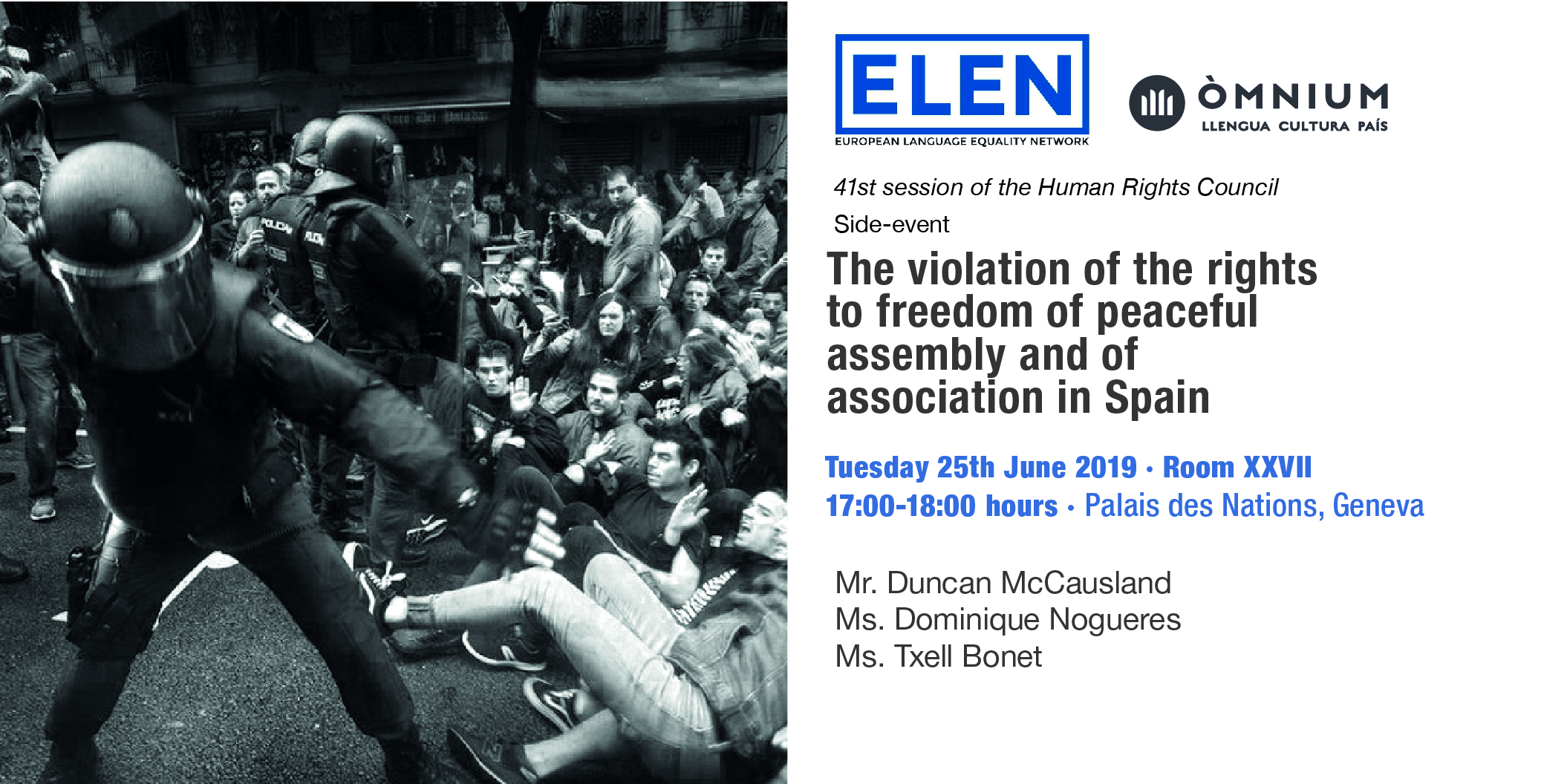 Duncan McCausland, former Assistant of the Police Service of Northern Ireland and Security and Justice Consultant, co-author of the expert evidence on the behaviour of the demonstrators during the events of 20th September and 1st October 2017 in Catalonia.

Dominique Nogueres, Vice-President of the International Federation for Human Rights (FIDH) and international observer of the 20907/2017 trial on the 1st October 2017 Referendum.

Txell Bonet, journalist and cultural activist, partner of the Jordi Cuixart, President of Òmnium Cultural, who has been in pre-trial detention since October 2017.

In May the UN Working Group on Arbitrary Detention called for the immediate release of three Catalan political prisoners, Jordi Cuixart, Jordi Sanchez and Oriol Junqueras, describing their imprisonment as “arbitrary”.