ELEN at the European Forum for Minorities: Education, Language and Human Rights 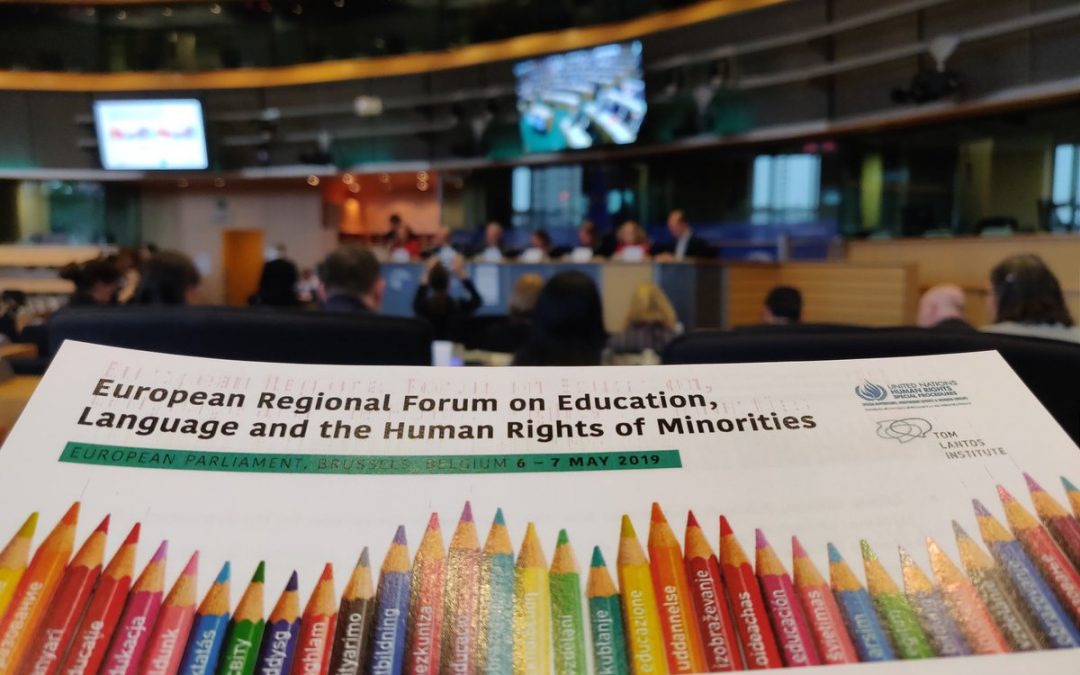 Experts, international institutions, NGOs and State representatives gathered at the first European Forum for Minorities, held in Brussels on May 6-7th and focusing on Education, Language and the Human Rights of Minorities.

Recommendations from the Forum will feed into the 12th UN Forum for Minorities in Geneva and result in a set of UN guidelines regarding minoritised language education. The European Language Equality Network was co-partner for the event which was initiated by UN Special Rapporteur for Minorities, Fernand de Varennes, and organized by the Budapest based NGO Tom Lantos Institute, with the assistance and support of ELEN and other organisations.

After the panels had made their presentations the floor was opened for an interactive dialogue with NGOs, state representatives and academics.

There was a wealth of details both from the panels and during the dialogue giving an important insight into the differences and challenges across Europe facing minoritised language education.

Opening the Forum Fernand de Varennes said that “language is key to inclusion.” In the first panel Sia Spiliopoulou Åkermark underlined that “minority rights are the essence of human rights” and how they act as a thermometer in terms of measuring the tolerance of the society that they inhabit. Prof. Rob Dunbar (Univ. of Edinburgh) referred to the ICESCR posing the question, “What if the ‘full development of human personality and sense of dignity requires mother tongue education? 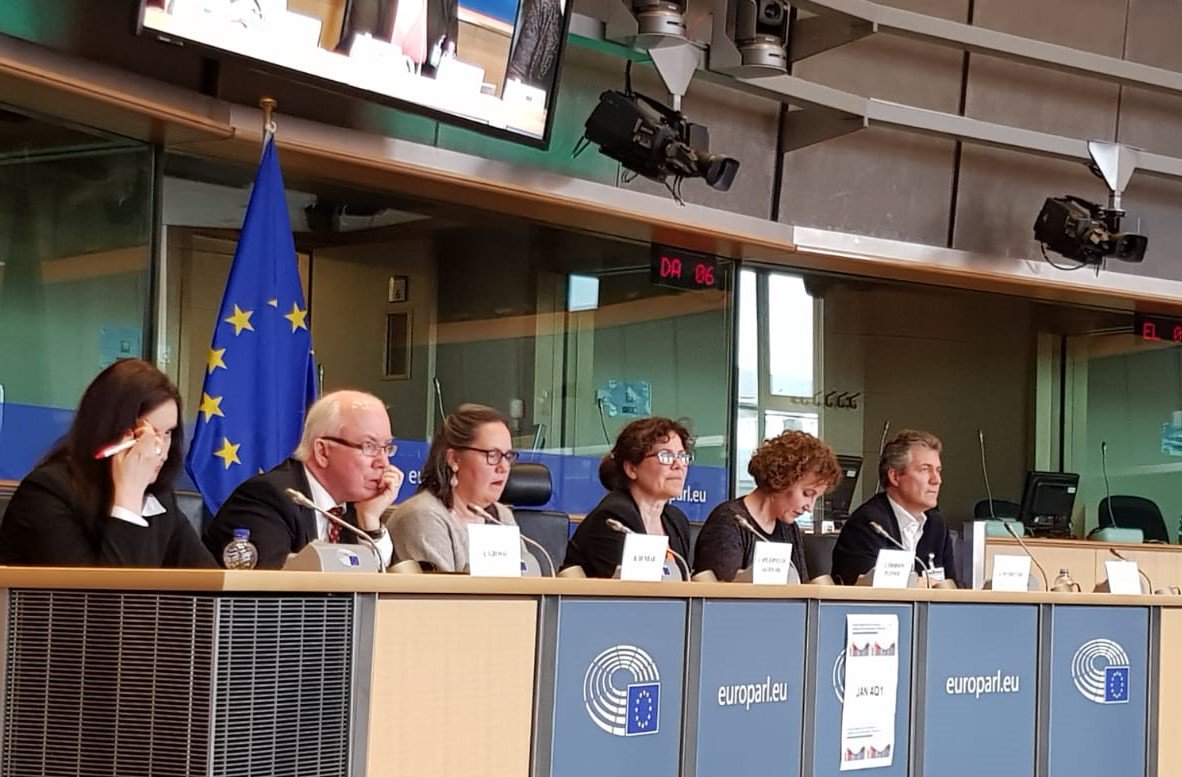 In the second panel of good practices in minoritised language education and public policy, ELEN Secretary-General Davyth Hicks contrasted the relative success of those languages with domestic legislation such as Catalan, Welsh and Basque, to those without such as Breton. He underlined how the Catalan model had been successful in providing bilingual education for all, acting to strengthen social cohesion. In contrast Breton still faces huge problems as it does not have legislation to underpin its immersion education infrastructure. 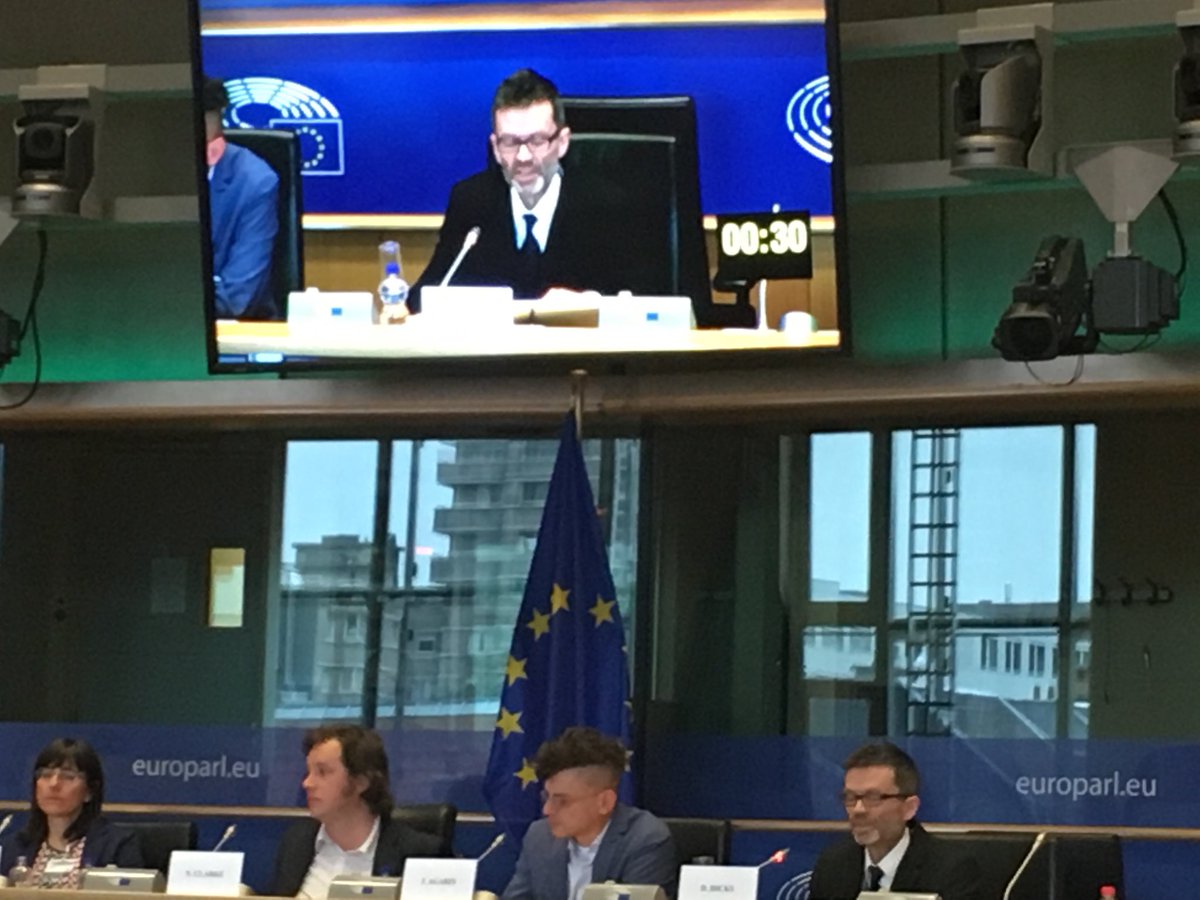 He stressed the sense of urgency felt by ELEN members whose languages are endangered and where legislation is needed to prevent further decline, and called for co-official status for French ‘regional’ languages as well as an EU Directive for endangered languages. He noted that the two main Council of Europe Treaties for language protection are not being properly implemented by States and referred to the ELEN proposals that the lack of ECRML and FCNM implementation should trigger EU infringement proceedings. He proposed that the EU establish an EU Languages Commissioner and language observatory to monitor language discrimination. “If the EU can protect fish and trees,” he asked, “why can’t it also protect our European endangered languages?”

Paul Bilbao Sarria (Kontseilua and ELEN Vice-President) said that, “Public policies must take into account grassroots proposals,” and must be subject to democratic accountability. He underlined that “the Donostia Protocol is the strongest political proposal about language rights ever made by civil society.” 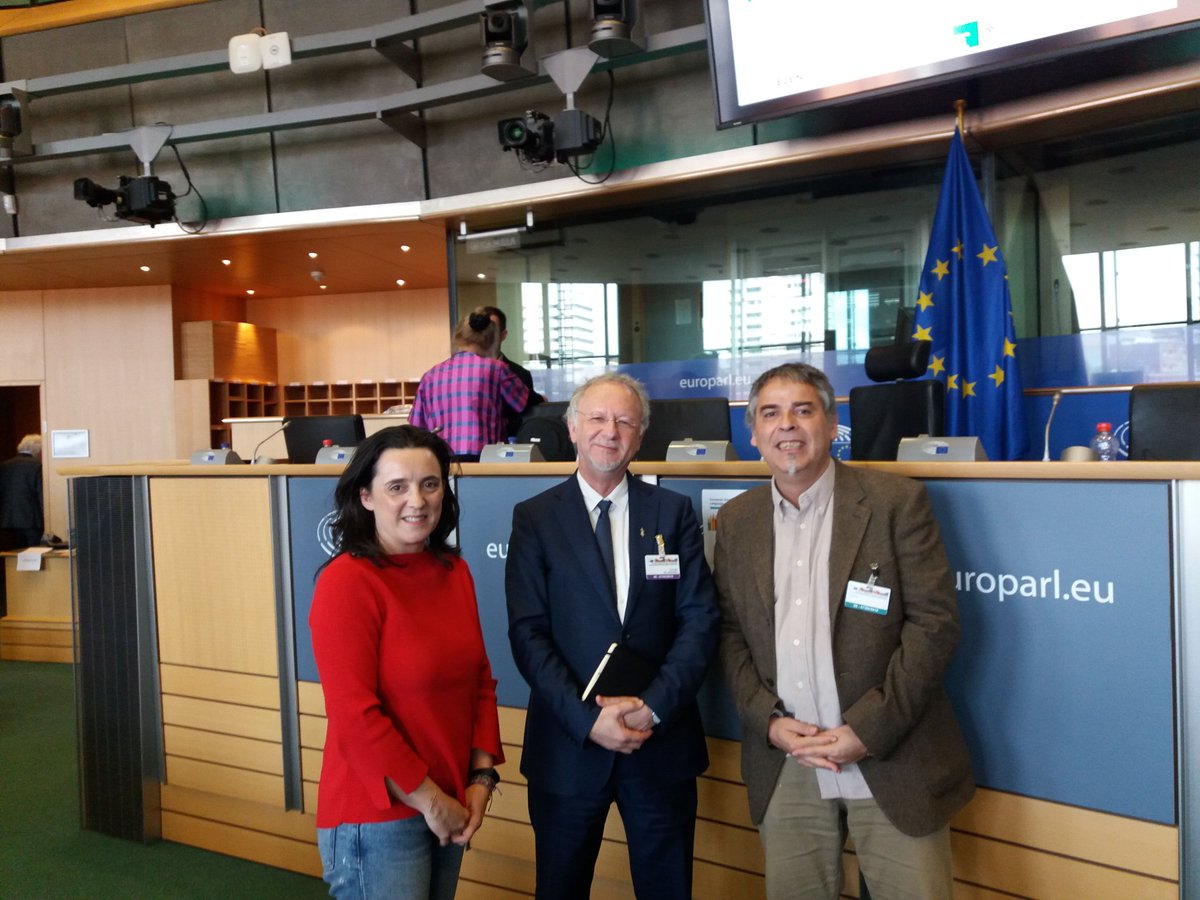 Commenting during the event, ELEN President Prof. Ferran Suay said that, “States violating EU and Council of Europe Treaties, norms and rules about language issues lead to zero consequences. States know that they can act with impunity regarding ongoing language discrimination. This very much weakens the impact of existing legislation as well as the potential for future legislation. Its as if we have a set of second rate human rights norms that simply don’t matter as much as others do.”

ELEN Vice-President Prof. Anneli Sarhimaa (Univ. of Mainz) opened the 3rd session on the effective practices in minoritised language education and discussed the problems facing the provision of Karelian-medium education in Finland. 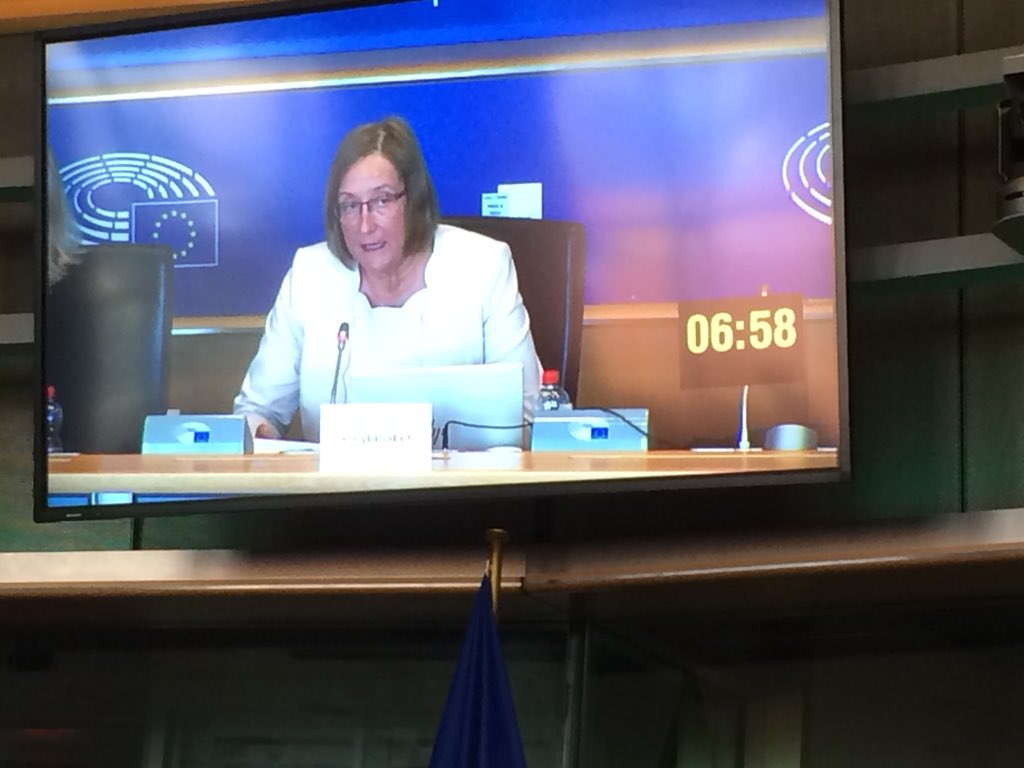 On the subject of cost effectiveness, linguist Prof. Tove Skutnabb-Kangas said that, “Of course RML education is cost effective – but bear in mind that minoritised language speakers are also funding majority language education.” She also noted “the enormous wastage of mis-educating indigenous people by forcing them to learn dominant languages.” She added that “it is not clever to destroy indigenous languages, which leads to a loss of ecological knowledge – exactly the knowledge we need to live sustainably.” 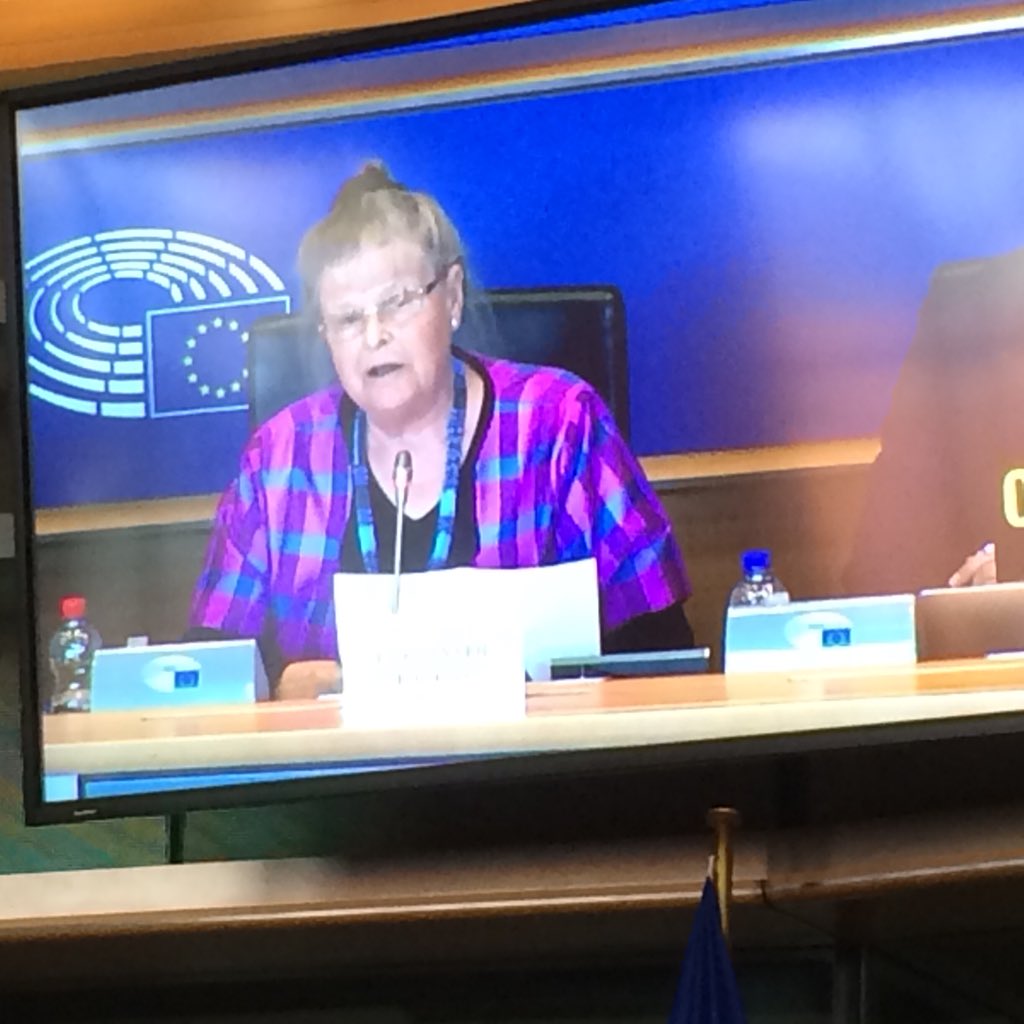 Anna-Vari Chapalain highlighted the success of the Breton-medium Diwan schools, but that Breton speakers must have their rights respected and upheld by the French state. She supported the ELEN call for an EU Languages Commissioner and proposed that the Erasmus programme support a RML school exchange programme. 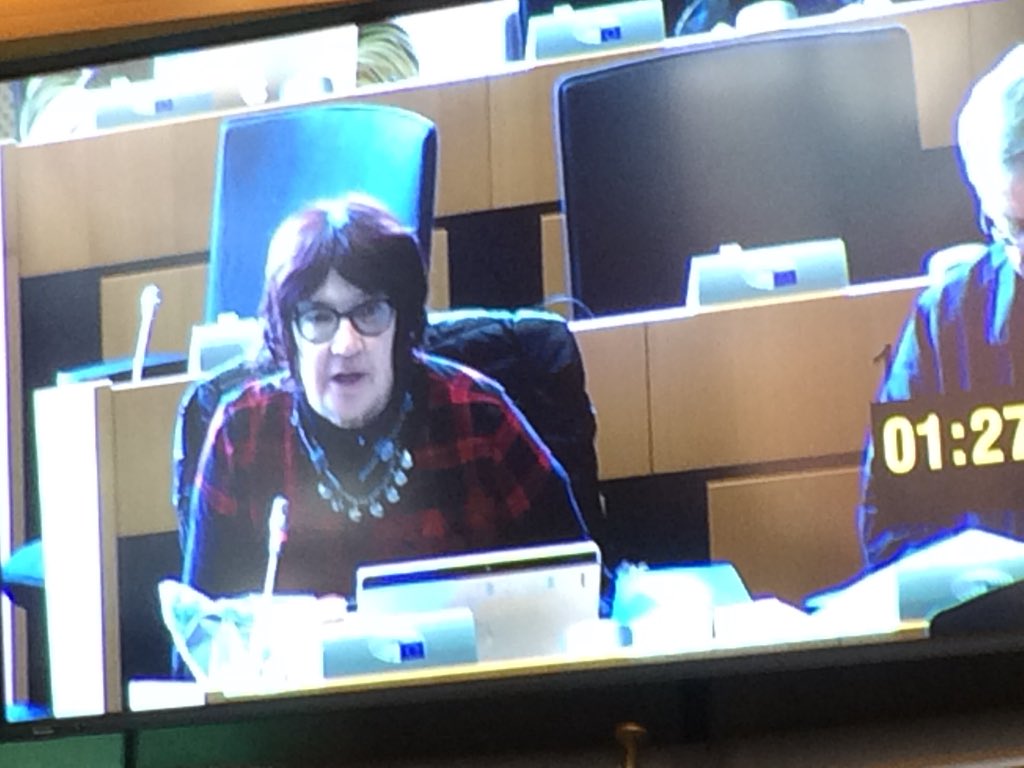 Krisztina Sándor from Erdélyi Magyar Nemzeti Tanács described the situation of the Hungarian minority in Transylvania, Romania. Numbering at 1.2 million it is the largest national minority in Central-Eastern Europe. She said that “Although the Romanian state guarantees the rights of minorities on paper, they are often violated and in many cases they are ignored.” She continued that “the Romanian education system is over-centralized and does not take into account the specificities of national minorities.” 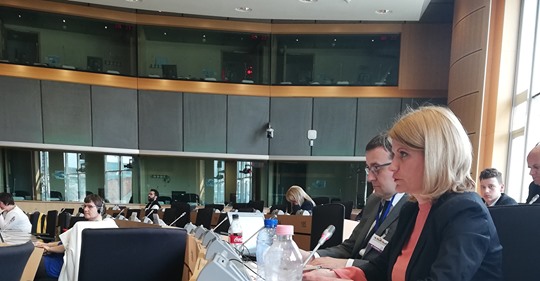 Stere Stamule from the Council of Armâns called for support for the Armân or Vlach language and discussed problems with Romanian and Greek authorities. Nicolas Caracota (Council of Armâns) also discussed Armân issues in his statement in particular addressing the ongoing process of assimilation and non-recognition of the Armân people by Romania.

In his concluding speech Fernand de Varennes noted that “we need action if we truly believe languages should be respected,” and made two salient points. Firstly, he discussed the issue of choice and referred as an example to Ireland’s unwillingness to ensure Irish-medium education and that it is essential for states to respect parental choice.

Secondly, he emphasized the need to recognize that human rights are under attack everywhere. “With minorities often being the target of attacks in the form of hate-speech and populism, it was vital that we all redouble our efforts.” 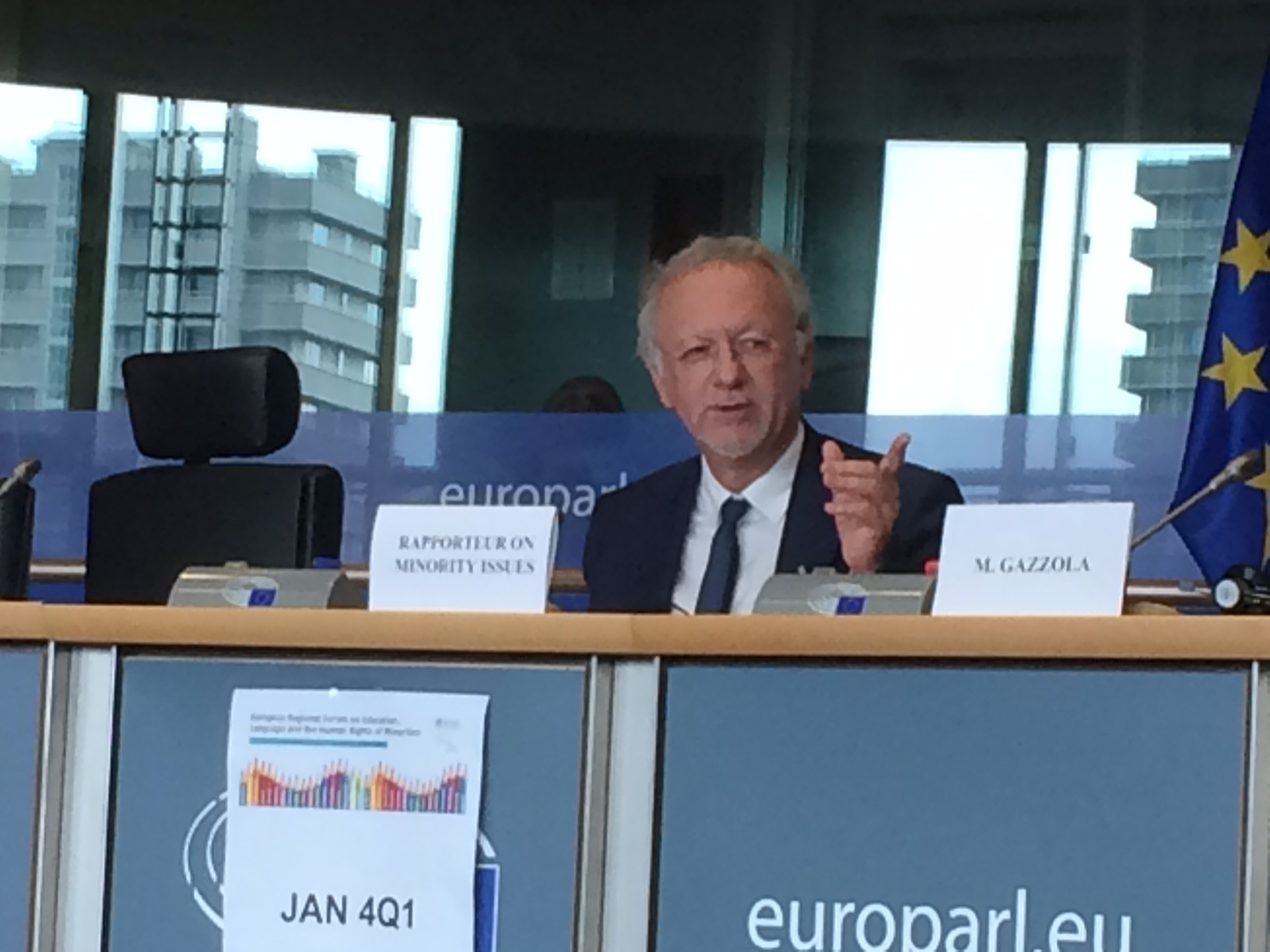 Finally, he noted that it was clear that minorities did not want barriers, but instead want open doors. Ending on a positive note he highlighted the presentation by Paul Videsott on Ladin schools which discussed the success of primary education using Ladin, Italian and German and English, and how children, as a result, were proud of their multilingualism.

ELEN wishes to congratulate Fernand de Varennes and everyone at the Tom Lantos Institute on the success of the Forum, and the partner organisations for their support. The event was a huge success, in particular for ELEN as it gave an important platform to a key policy area for the organisation and for ELEN’s policy proposals. (Eurolang 2019)