ELEN held its first 2019 Steering Committee meeting in Brussels on Sunday hosted by the Delegation of the Catalan Government to the EU.

The Steering Committee was delighted to welcome Representative of the Government of Catalonia to the EU, Ms Meritxell Serret i Aleu, to the meeting and to talk about ELEN’s ongoing work with the Catalan Government and future projects.

The meeting planned for a busy year ahead with many activities scheduled with the EU, UN, Council of Europe, and OSCE High Commissioner for National Minorities, as well as the ELEN General Assembly in Brittany in October.

ELEN members prepared their approach and priorities for the upcoming European Forum for Minorities (May 6-7th) which will focus on Education, Languages and Human Rights, with recommendations from the Forum feeding into practical guidelines that will feature at the UN Forum for Minorities in Geneva later this year.

ELEN is a co-partner for this prestigious event, initiated by UN Special Rapporteur for Minorities Fernand de Varennes, which will gather leading experts, State representatives, international organisations, and all the leading organisations working in the field of human rights and minoritised language education. 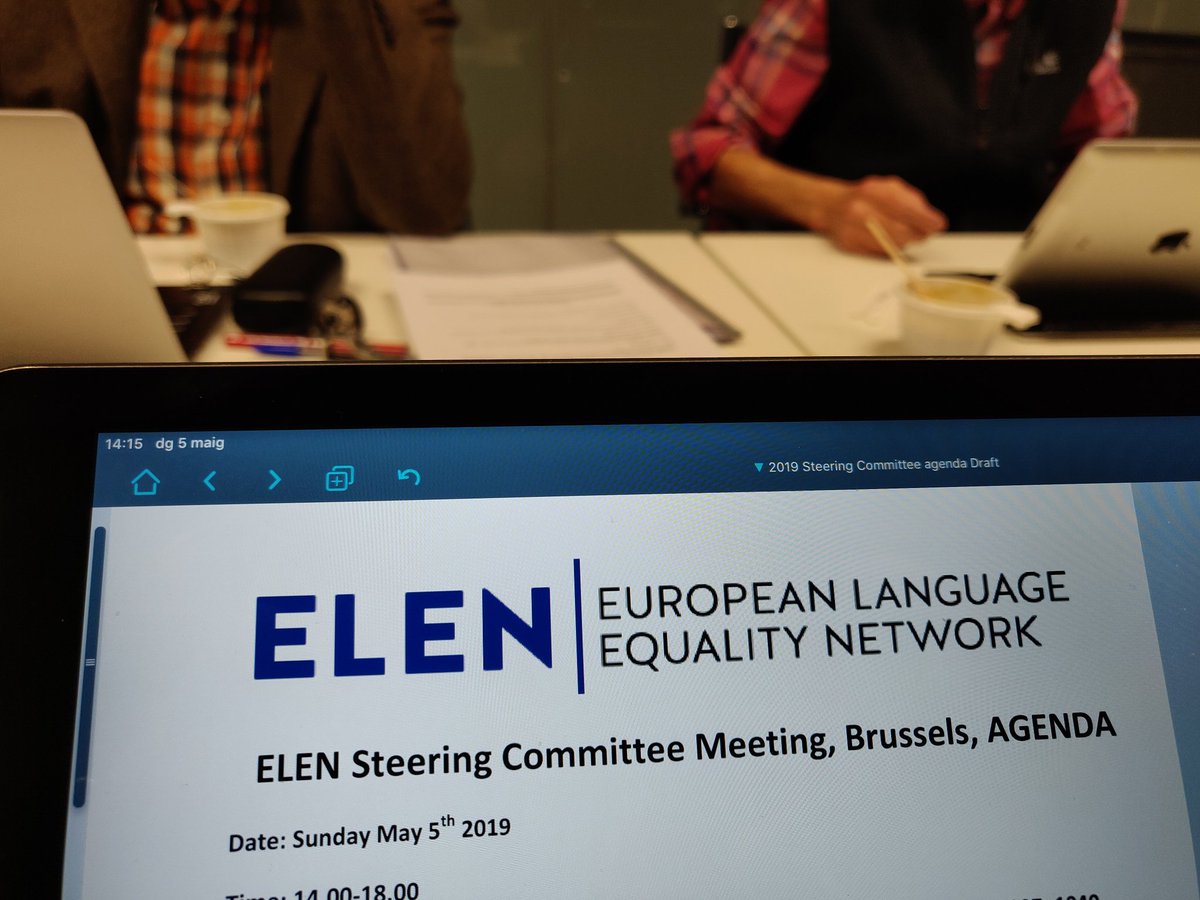 The upcoming European elections were analysed and how that would influence representation and developments for lesser-used languages at the European level.

The ELEN proposals for an EU Languages Commissioner and language observatory were also discussed, good practices for this in the Basque Country and Galicia, and the increasing amount of support for the initiative.

Other items on the agenda included this year’s huge success of the Korrika, the sponsored-run for Euskara, the joint initiative for language equality from ELEN members in the Spanish state, and the achievements of ELEN’s various language projects. (Eurolang 2019)