Language organisations call to remain in EU over “potentially disastrous” effects of Brexit on the Celtic languages. 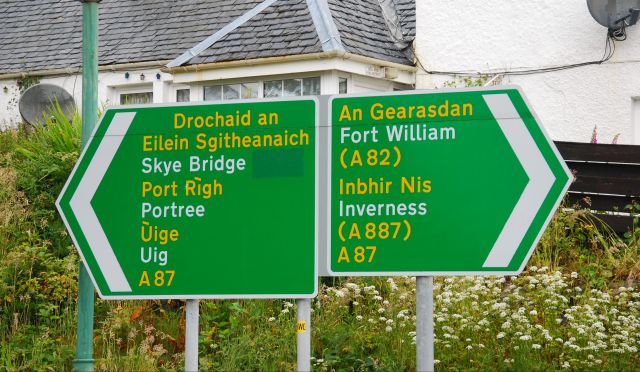 The European Language Equality Network (ELEN) with its Welsh, Scottish, Irish and Cornish member organisations, has issued a joint statement over the potentially disastrous effect of Brexit on the Celtic languages and are calling on the UK and devolved governments to remain in the EU.

In the statement the organisations outline the benefits of being in the EU for the languages in terms of protection and promotion, all of which will be lost with Brexit.

The joint statement says that: “Brexit will have a profoundly negative effect for all of the Celtic languages spoken in the UK. These language communities in Wales, Scotland, the north of Ireland, and Cornwall are faced not only with losing direct funding via programmes such as Erasmus Plus, Creative Europe and Horizon 2020, but also with losing significant structural funds such as the Social Fund, Interreg, Growth, LEADER and EAFRD, all of which have created sustainable employment for Celtic language speakers in sectors such as agriculture, fishing, tourism and higher education. Outside the Common Agricultural Policy,  agriculture and the rural economy will face huge challenges – and these are extremely important sectors where Celtic language speakers live and work.

“The exchange of information, the flow of ideas and the connections made between individuals, organizations and institutions over the past forty years have greatly enriched the knowledge base and the transfer of best practice in language revitalization across our communities.

“The UK Government has said that existing funding will be guaranteed only until 2020. In addition, with a no-deal Brexit, there will be the huge loss of access to the European markets with the potential of trade tariffs and border controls which will affect all economic sectors. For our language communities it is vital that our governments make the case for the economic well-being of these communities and to ensure that we continue to receive the support that we need to ensure the long-term sustainability of our languages and cultures. Many of our language communities exist in areas suffering from higher levels of deprivation and will be disproportionately affected by negative impacts of Brexit on a political, economic and cultural level.”

The statement concludes that:  “It is a situation that we find unacceptable, and coming at a time where we are doing crucial work to revitalize Irish, Welsh, Gaelic and Cornish.

Based on the reasons outlined in the statement and what they “consider to be the best course of action to protect, nurture and develop our languages and language rights”, the organisations “call on the UK Government, the UK Parliament, the Scottish Parliament, the Welsh Senedd and Konsel Kernow to support remaining in the European Union.”

ELEN Secretary-General, Davyth Hicks, said that: “Brexit is potentially disastrous for our language communities which are already under severe pressure because of lack of decent employment, affordable housing, out migration, and years of austerity measures. It would cut us off from EU human rights mechanisms and remove the safety net of structural funds which have helped to create jobs for thousands of Celtic language speakers.”

ELEN is an international NGO that works to protect and promote European minoritised languages. It represents 45 languages with 150 member organisations in 23 European states. (Eurolang 2018)