Success for the “Language Equality in the Digital Age” Report 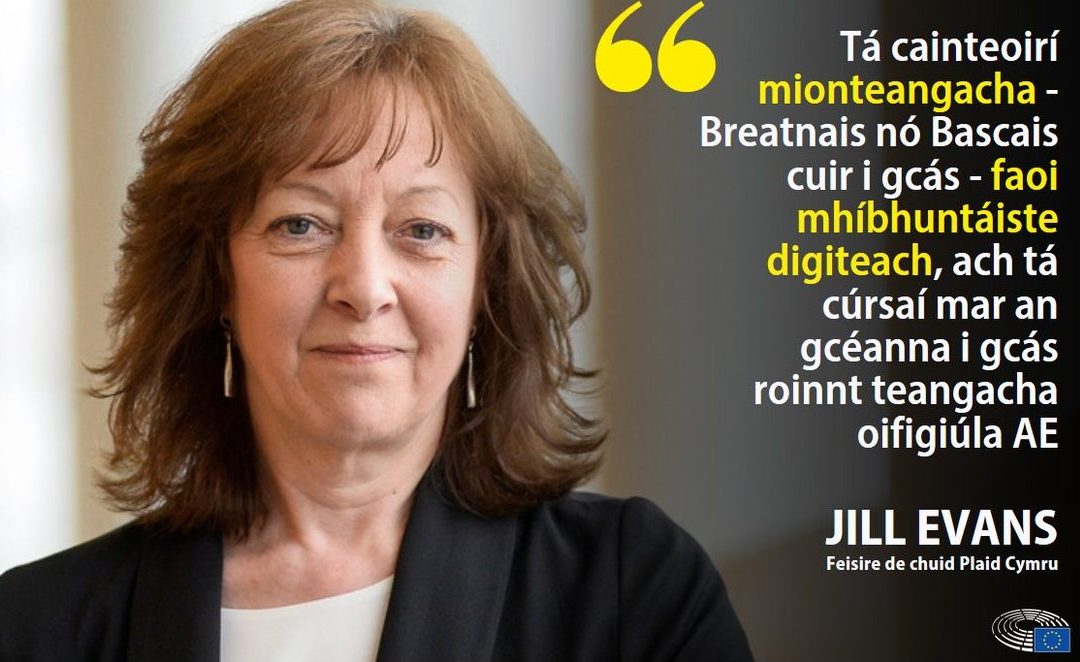 ELEN will now be calling on the European Commission to implement the report, in particular extending the Digital Language Diversity Project to research the digital requirements of all lesser-used and endangered languages, which is specified in the Report, as well an overall increase in digital provision so as to bridge the digital divide.

The Report also call on the EU to: “establish a large-scale, long-term coordinated funding programme for research, development and innovation in the field of language technologies, at European, national and regional levels, tailored specifically to Europe’s needs and demands.”

The Parliament will be holding a conference on the topic in the European Parliament on 27th September. At the conference Davyth Hicks from the European Language Equality Network will be discussing the Digital Language Diversity Project and its Road Map for digital development, with a focus on the “digital timebomb” facing lesser-used language speakers unless they receive adequate investment to enable adequate digital provision.

Speaking to the press Jill Evans said. “European citizens must be able to access and use the digital world in their own languages, including in minority languages. This will require investment and leadership at the EU level.

“This is a huge opportunity for the EU to demonstrate a real commitment to language equality, for the speakers of all of Europe’s languages, including Welsh.

“My report calls for a series of measures that will go a long way towards achieving that.”

He added. “Given the increasing digitalization of many aspects of life and that we want, naturally, to use our languages in all linguistic domains, it is vital that the Commission implements the Report in full and works with civil society language organisations to increase digital provision for lesser-used languages so as to bridge the digital divide.

“Otherwise we face a future ‘digital time-bomb’ where European lesser-used and endangered languages are increasingly excluded from digital development, including from essential public services such as health provision and education.”

“Although broadly supporting lesser-used languages since its inception, the EU has often reminded language activists that it does not have the competence to influence Member-State language policy. However, noting the wide ranging political support for Jill Evans’ Report in the European Parliament, in the digital domain the EU is now able to live up to its slogan of ‘Unity in Diversity’ and seize the opportunity to bridge the digital divide and support the development of digital provision for European lesser-used and endangered languages.”