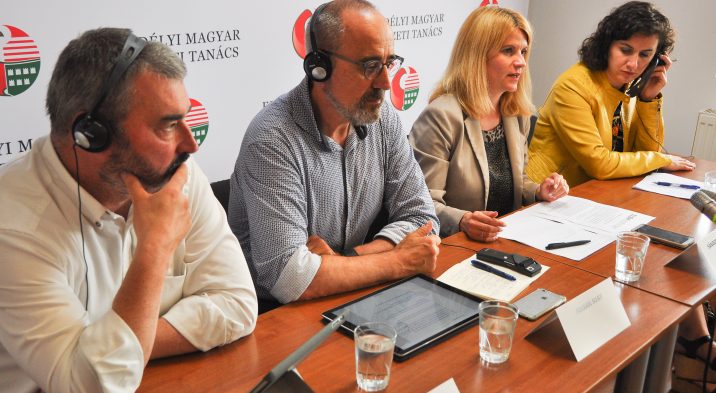 The ELEN Steering Committee was delighted to be invited to Kolozsvár (Cluj/ Klausenberg) for its meeting at the headquarters of the leading Hungarian cultural organization in Transylvania, Erdélyi Magyar Nemzeti Tanács (EMNT) in Kolozsvár.

The programme started on Friday with a meeting on closer collaboration with Sapientia University followed by a press conference.  EMNT Managing Director and ELEN Vice-President Krisztina Sándor was interviewed by Hungarian and Romanian national TV on ELEN and Hungarian issues while Dòmhnall MacNèill (Comunn na Gàidhlig) briefed the press on ELEN’s role and activities.

Saturday’s opening event, featuring speakers from the Hungarian Government and Sapientia University, discussed language rights and compliance with the ECRML and FCNM, while Steering Committee members discussed the network’s upcoming activities and sent another clear message to the new Spanish Government to release all Catalan political prisoners immediately.

Opening the meeting, Tibor Kocsis, from the Hungarian Consulate-General in Kolozsvár, welcomed the ELEN delegates, saying that respect for language rights is a fundamental part of the survival of nations, especially when they live as a minority.

Krisztina Sándor, EMNT managing director, delivered the speech of Réka Brendus, Deputy Head of Department of the State Secretary of the Ministry of National Affairs of the Prime Minister’s Office. In the message, Brendus welcomed ELEN’s meeting, emphasizing the importance of linguistic rights, stating that: “From the most vulnerable linguistic community to the strongest, from the Catalan crisis to the Transylvanian Hungarian community, everyone has the right to retain their own identity, use their mother tongue, and educate their children in their own language.”

After the opening speeches several topics were discussed, including ELEN’s activities across Europe, and planning for the year ahead.

Ferran also gave a detailed account about the recent events in Brittany that brought together the different sponsored runs for lesser-used languages, the new Eurokorrika project, and the Diwan schools demo in Rennes for Breton immersion education. Following a request from Kevre Breizh ELEN has since written to the French President and Ministers calling for specific legislation that ensures state support for all ‘regional’ language immersion schools in the French state.

Daniel Roldan (Platforma per la Llengua) reported on the violence during Catalan independence referendum and the imprisonment of Catalan leaders. ELEN will be writing again to the new Spanish Government calling for the release of the Catalan leaders. 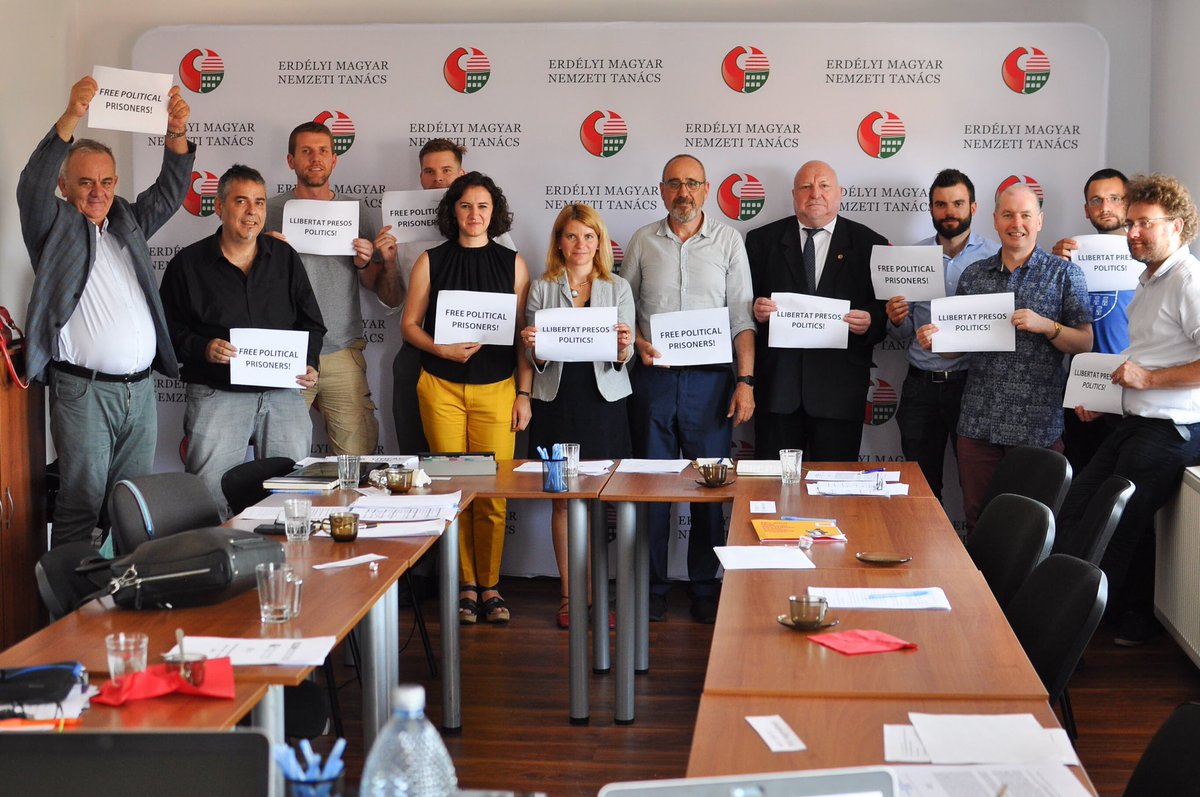 Sotiris Bletsas (Council of Armans), from the Vlach community in Greece, said that the Greek authorities imposed a fine on him of EUR 9,000 recently for using used Vlach/ Arman in a public place.

Conchúr Ó Giollagáin (Soillse) reported on the success of the meeting with the Valencian President Enric Morera and the adoption of the ELEN proposals for the new Conference of European Regional Legislative Assemblies (CALRE) working group on lesser-used languages.

Ciarán Mac Giolla Bhéin (Conradh na Gaeilge) updated the Committee on progress with the Irish language act campaign, global media coverage for it, and the success of the language rights conference in Belfast held in March.

Elsa Quintas (A Mesa pola Normalización Lingüística) informed the Committee on developments in Galicia, the result of the Popular Legislative Initiative for the guarantee of linguistic rights in the socio-economic domain, the Queremos Galego demonstration in May, and a new legislative proposal for progress with Galician in the audiovisual field.

Paul Bilbao-Sarria discussed Kontseilua’s contribution to developing a new statute for Navarre and progress with implementation of the Donostia Protocol.

Lastly, the Committee discussed plans for the ELEN 2018 General Assembly to be hosted by Conradh na Gaeilge in Ireland in early November and looked forward to seeing member organisations and a range of guest speakers and participants. (Eurolang 2018)