Eurokorrika, the new European project for sponsored races for lesser-used languages, launched at Ar Redadeg – the run for Breton. 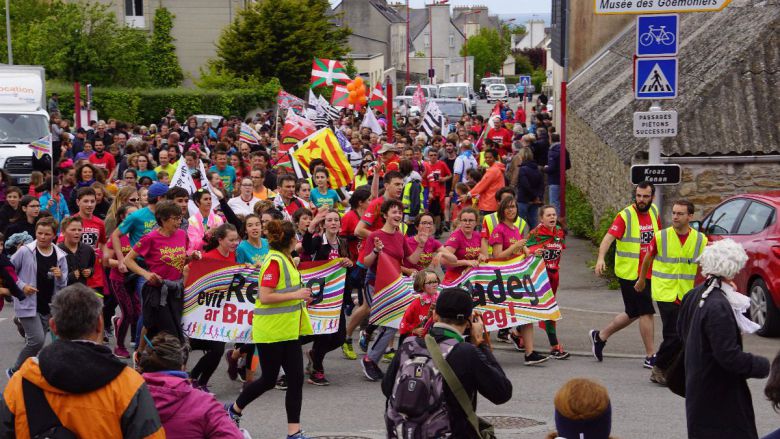 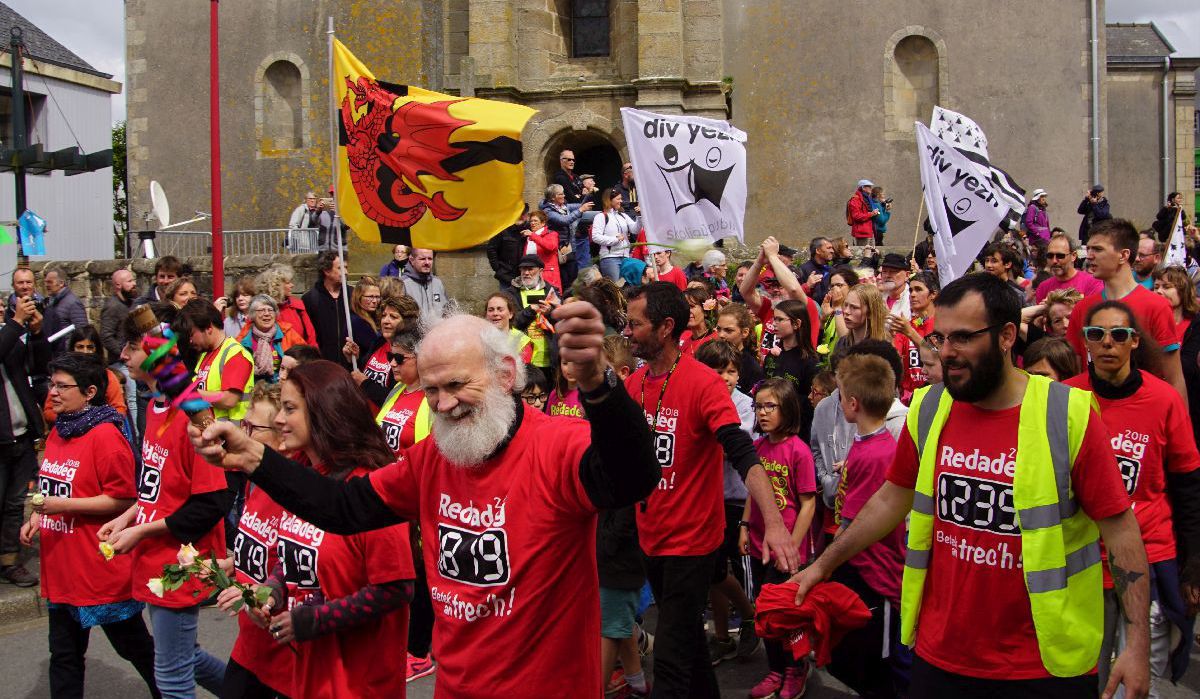 Discussions focused on the challenges and successes that the various sponsored runs have had. Several themes stood out, in particular that the races have not only raised money for vital language projects but that they have an enormous symbolic value in reaffirming support for the language and acting to bring often dispersed language communities together to celebrate their languages.

Siôn Jobbins from Ras Yr Iaith described how the race was a declaration of ownership of the land or territory. It meant that for those 10 minutes that the race passed along a street it was a Welsh language street. The races act to inspire confidence in speakers.

The conference discussed how races could be run through villages or towns as a show of support for local NGOs and politicians campaigning to open a new language immersion school or community centre.
Mark Trevethan, Patrick Puppinck and Daniel Barneix, also made presentations on the possibility of having sponsored runs for Cornish, Alsacian, and Occitan, respectively. 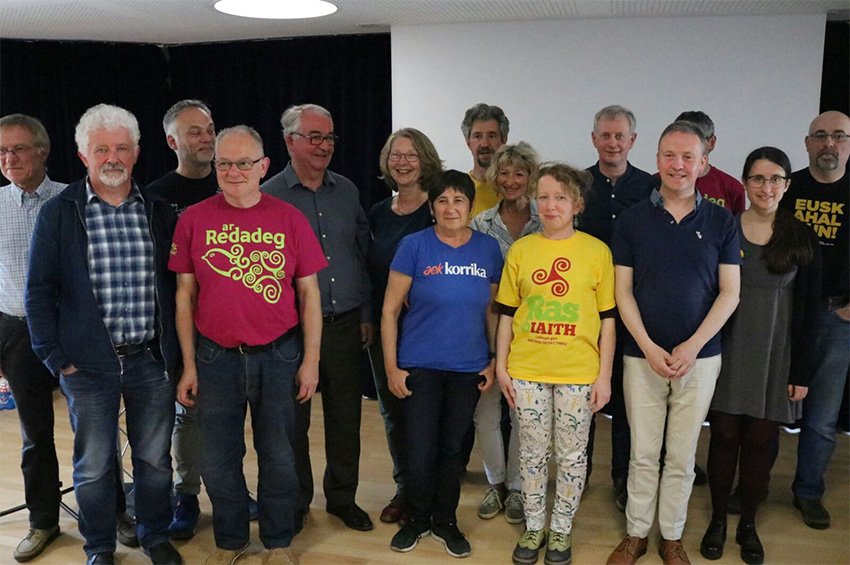 Delegates decided to launch a joint project that will bring the different sponsored race NGOs to work together. ELEN Vice-President Tangi Louarn presented the new Charter for the project, which will be called Eurokorrika after the Basque Korrika – the first of the language sponsored runs. 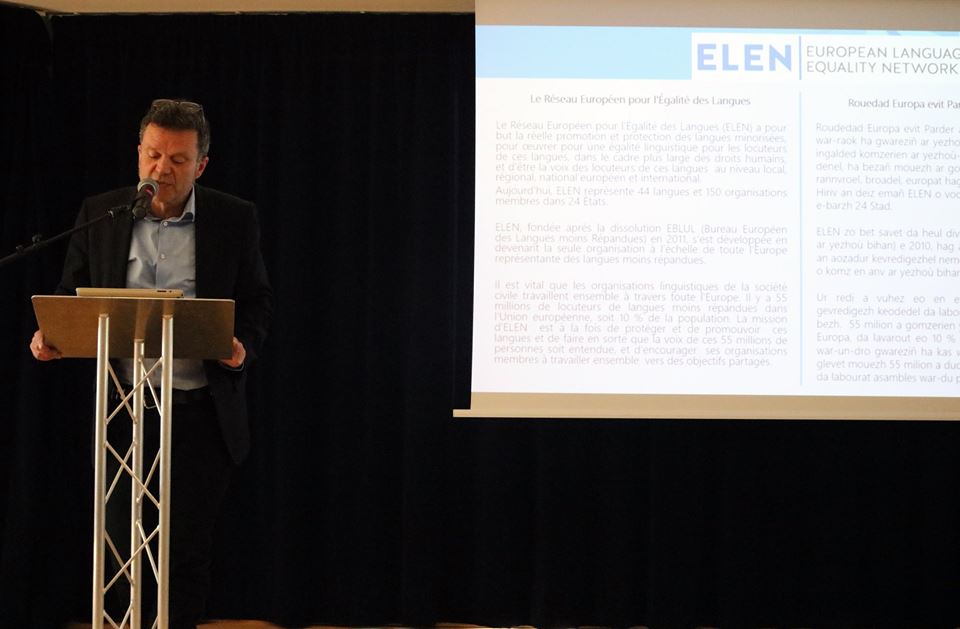 ELEN Secretary-General, Davyth Hicks, closed the conference highlighting the work ELEN does across Europe for lesser-used languages, the importance of shared events such as Ar Redadeg, Correllengua and Ras Yr Iaith for minoritised language speakers, and on working to ensure that sponsored runs for our languages are fully supported and developed. (Eurolang 2018)