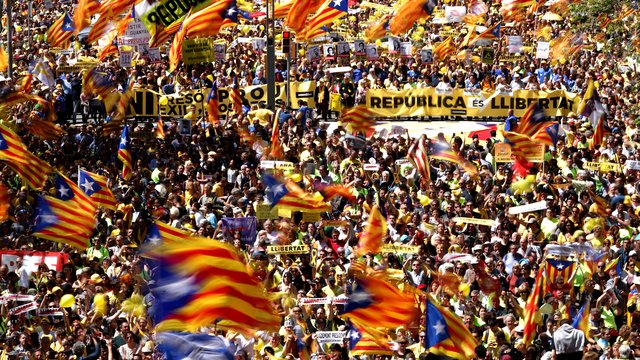 Following the demonstration ELEN repeats its call for the immediate release of all political prisoners, the return of those exiled, and negotiations between the Catalan and Spanish Governments.

750,000 marched in Barcelona on Sunday under the slogan, “For rights and freedoms, For democracy and cohesion”, calling for unjustly imprisoned Catalan leaders to be released and the return of those exiled. 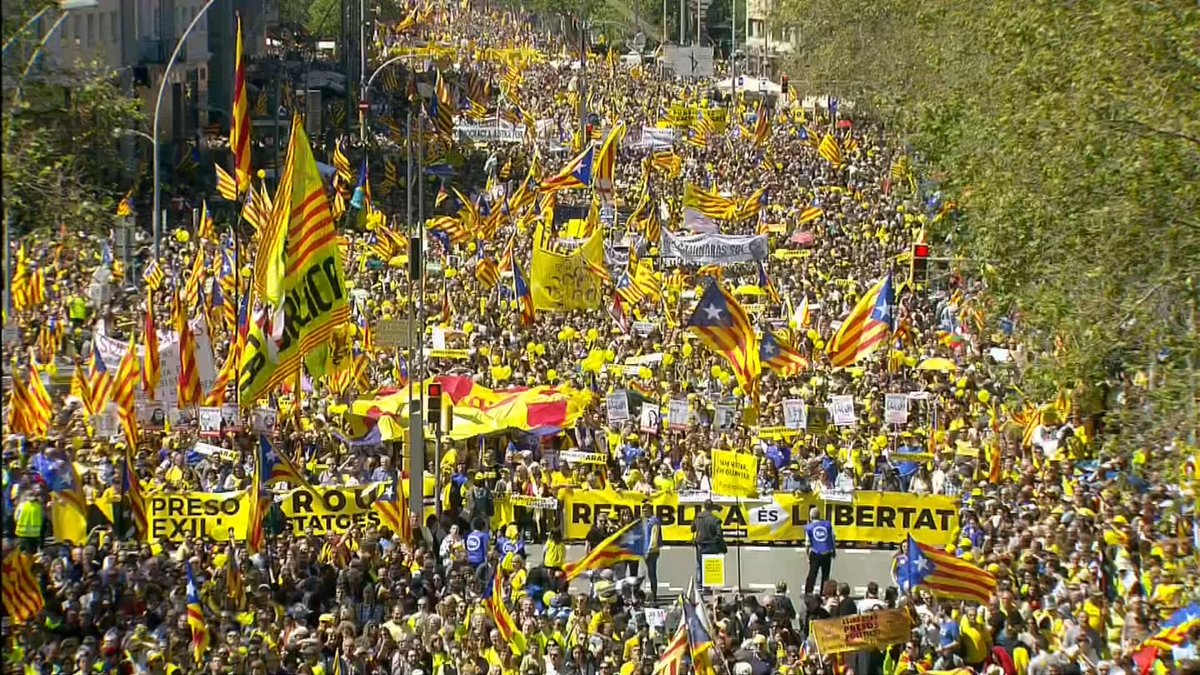 Exiled leader Carles Puigdemont tweeted, “Once again, a great civic and democratic demonstration. Catalonia is asking for freedom. We are European citizens who just want to live in peace, free and without fear.” Oriol Junqueras thanked demonstrators via Twitter saying that “History is written thanks to your commitment.” Omnium Cultural President Jordi Cuixart stated, “United in the face of injustice and authoritarianism. Hope in the incorruptible dignity of the Catalan society.” Human rights lawyer Ben Emmerson QC, who has been working for the release of the leaders, said that, “This is the most impressive and peaceful show of people power I have ever witnessed.”

The demonstration came after courts in Scotland, Germany and Belgium threw out the European Arrest Warrants (EAW) filed by Spain calling for those in exile to be face extradition on charges of sedition, with the move now being seen as largely discrediting Spanish justice for misuse of the EAW system. Furthermore, the EU Commisioner for Justice, Vera Jourová, supported the German courts decision to not extradite Carles Puigdemont.

Earlier in the week 44 MEPs from five different political groups (but not the EPP) and 15 different EU Member States issued a Manifesto for Dialogue in Catalonia calling for: the release of Catalan political prisoners; no extradition of leaders in exile; and Madrid and Barcelona to negotiate a political solution.

Two major trade unions, the Workers’ Commissions and the General Workers’ Union, also supported the call for the release of the Catalan leaders at the demonstration. “The majority of Catalans, regardless of their political position, agree that pre-trial jail is not justified,” said Camil Ros regional secretary general of the GWU to the Guardian. “What we as labour unions are asking for now is dialogue.” 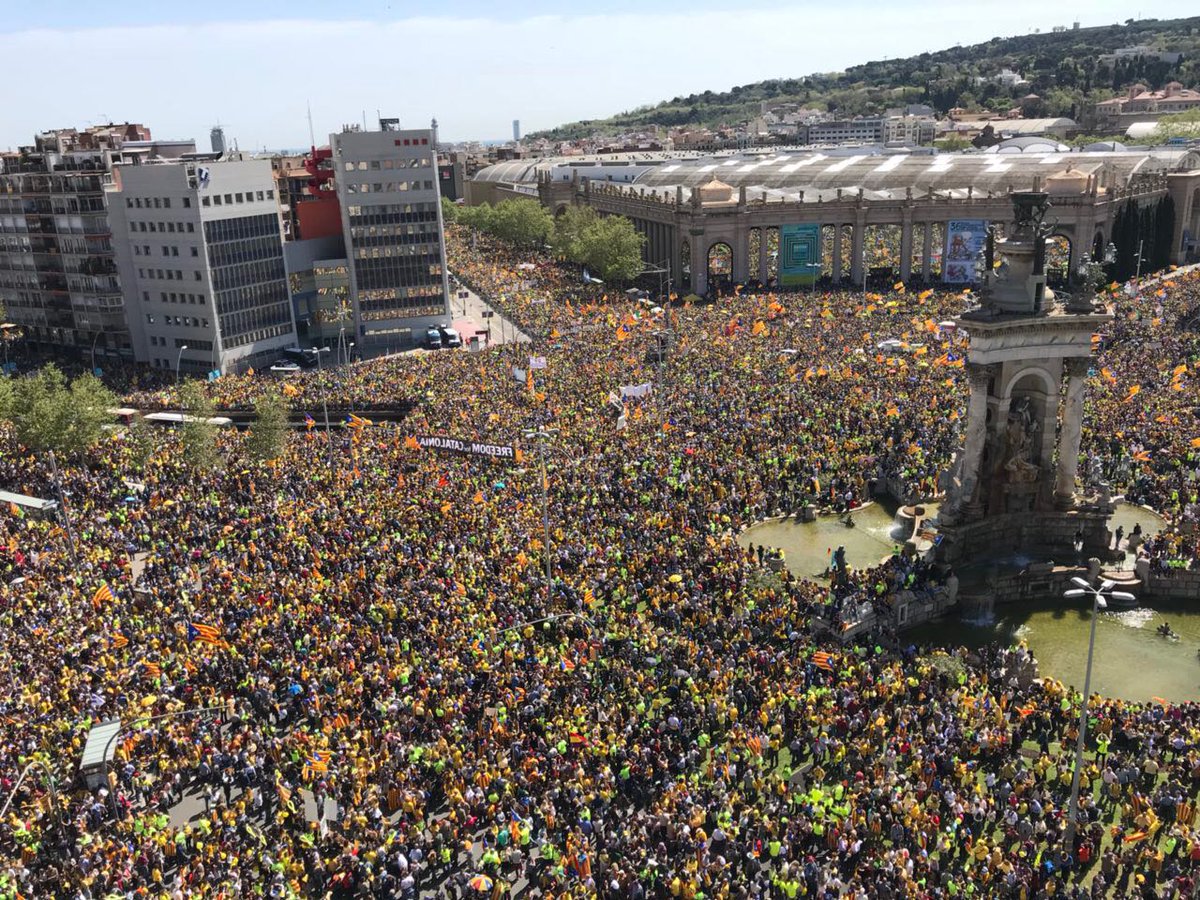 Following the demonstration the European Language Equality Network reiterates its call:
• For the immediate release of all Catalan political prisoners held on pre-trail detention and the dropping of all charges against them and those in exile;
• To abolish the imposition of direct rule under Article 155;
• To restore the legitimate, democratically elected Catalan Government.

In addition, in order to reach a settlement to the political situation, ELEN calls on the European Union, as ‘Guardian of the Treaties’, and EU Member-States:
• To uphold Catalan fundamental rights as guaranteed in the EU Treaties;
• To facilitate negotiations between the Spanish state and the Catalan Government overseen by independent and neutral mediators. (Eurolang 2018)