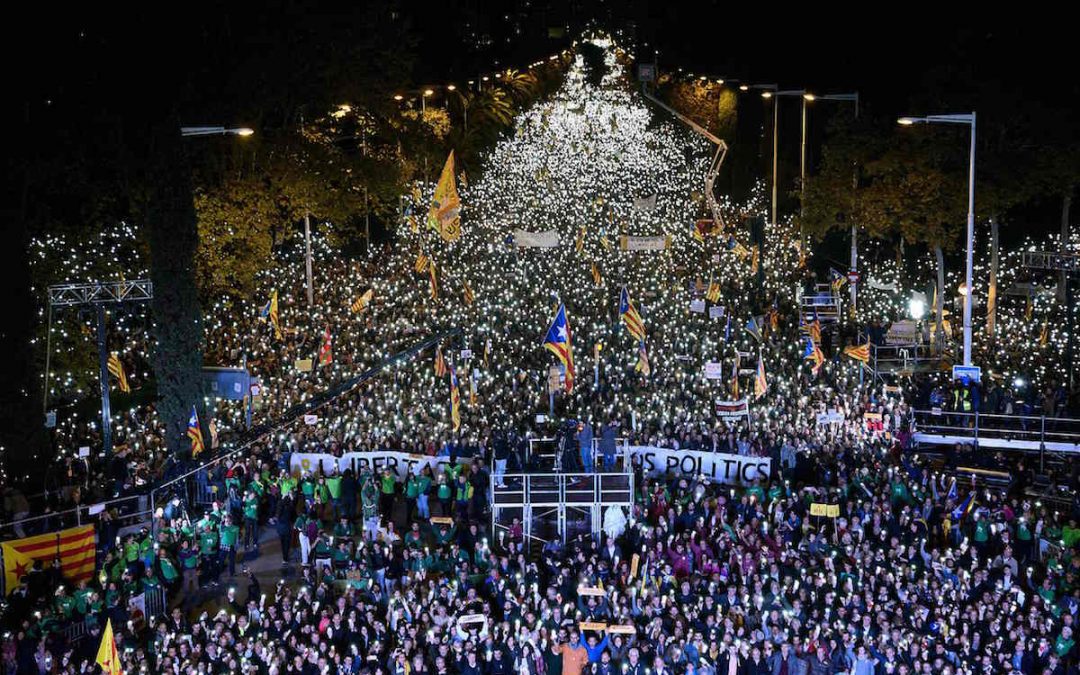 The European Language Equality Network (ELEN), at its General Assembly held in Valencia at the weekend, voted unanimously to call for the immediate release of Catalan civil society and political leaders.

The NGO is the international organization for the protection and promotion of lesser -used languages, representing 45 languages with 150 member organisations in 24 European states.

On Saturday two resolutions on Catalonia were presented.  Firstly, the Plataforma per la Llengua motion, presented by Rosa de les Neus Marco, called on the Spanish Government for the prisoner’s release, and for it to cease misleading the general public and the media on Catalan language immersion education. It also calls on the European Union to ensure an impartial inquiry into the violence that occurred during the October 1st referendum, as well as calling for EU infringement proceedings and invoking Article 7 with regard to Spain over human rights abuses.

The second resolution from Acció Cultural del País Valencià  (ACPV) calls for “the release of the Presidents of Omnium Cultural and of the ANC and the Vice-President and the seven Ministers imprisoned preventively”, and the “opening of a process of dialogue between the Spanish and Catalan Governments.” 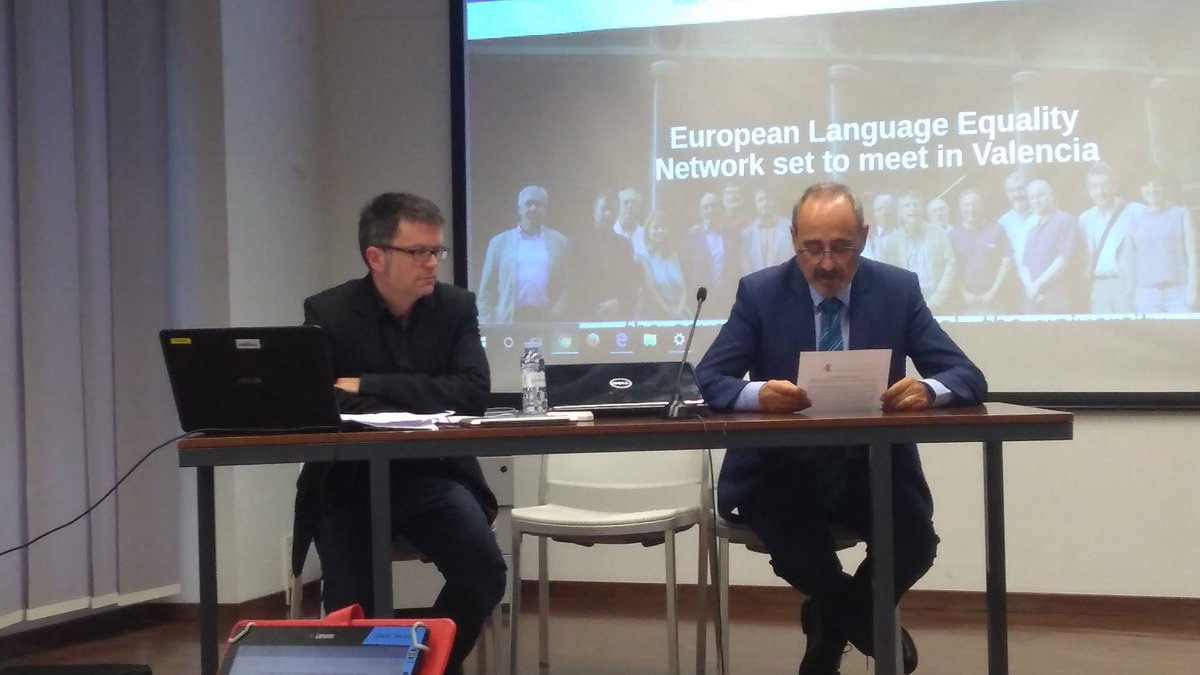 Presenting the ACPV motion ELEN President Ferran Suay underlined that “ELEN has an unequivocal position of support for European values and democracy. Our role is to represent the 55 million lesser-used language speakers of Europe. Lesser-used language speakers have experienced contempt and social discrimination simply because they are speakers of these languages. All of them know that co-existence is possible only when respect for democratic values and civil rights is upheld.” He urged delegates to disseminate the resolution to the ELEN membership and to their respective parliaments and governments, “so as to underline our alarm at this situation of democratic degradation.”

ELEN Secretary-General  Davyth Hicks spoke to delegates about the work that Vice-President Oriol Junqueras and Raül Romeva have done as MEPs in the European Parliament. “Oriol and Raül worked tirelessly for all regional or minority languages during their time in Brussels, and it was a privilege to work with Oriol when he was the co-chair of the national and linguistic minority Intergroup. 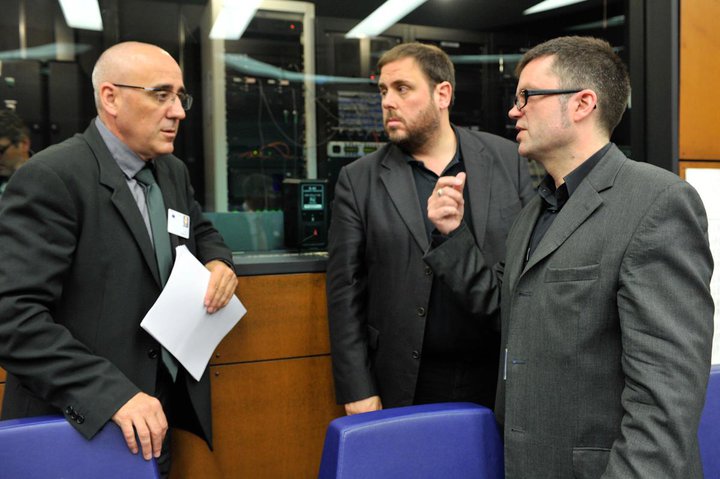 Vice-President Oriol Junqueras as a MEP in 2011 with Ferran Suay (ACPV and ELEN) and Davyth Hicks (ELEN) at the European Parliament national and linguistic minority Intergroup.

“Furthermore, both Catalan Parliament President Carme Forcadell and Catalan President Carles Puigdemont met ELEN members last year when they spoke at our General Assembly held at  FC Barcelona. Our friend Jordi Cuixart leads Òmnium Cultural, one of our member organisations. You can be sure we will give them all the support that we can. 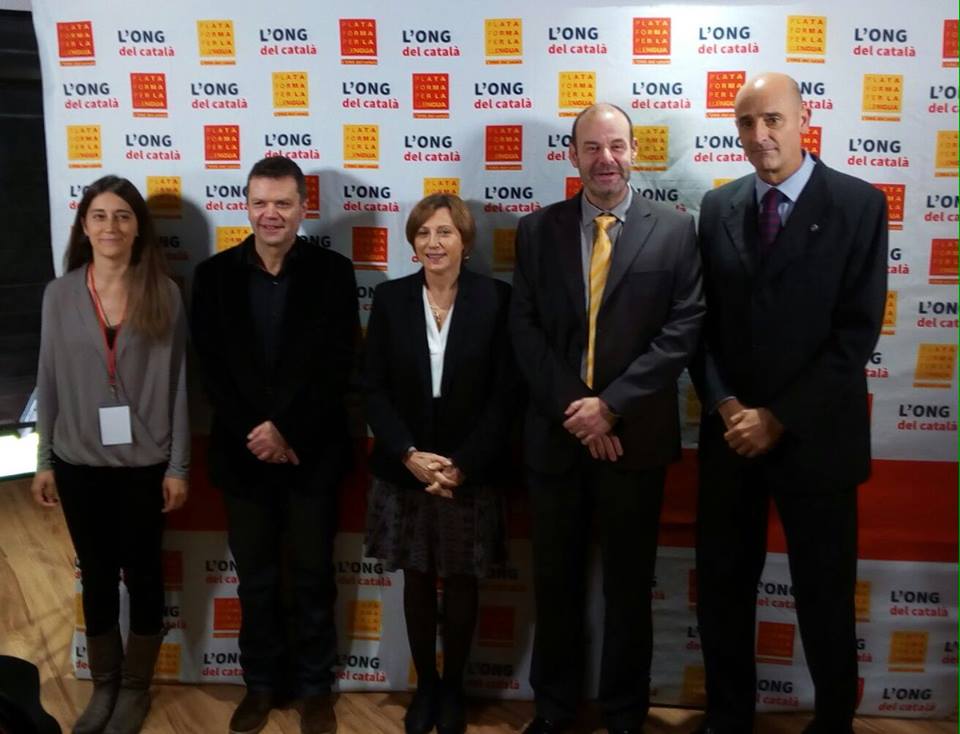 President of the Catalan Parliament, Carme Forcadell, at the ELEN 2016 General Assembly at FC Barcelona.

“For those that have been imprisoned we’re still in a state of shock that these outstanding democrats have not only been charged but have not had access to bail, let alone access to European fundamental rights that are designed to protect them from this kind of appalling treatment. I’m very pleased to see the overwhelming support from our members for their release and the huge demonstration of support for them in Barcelona tonight.  The Spanish Government must act now to ensure their immediate release and drop charges against all Catalan politicians and civil rights leaders. Dialogue is the only way forward.”