The University of Valencia joins ELEN 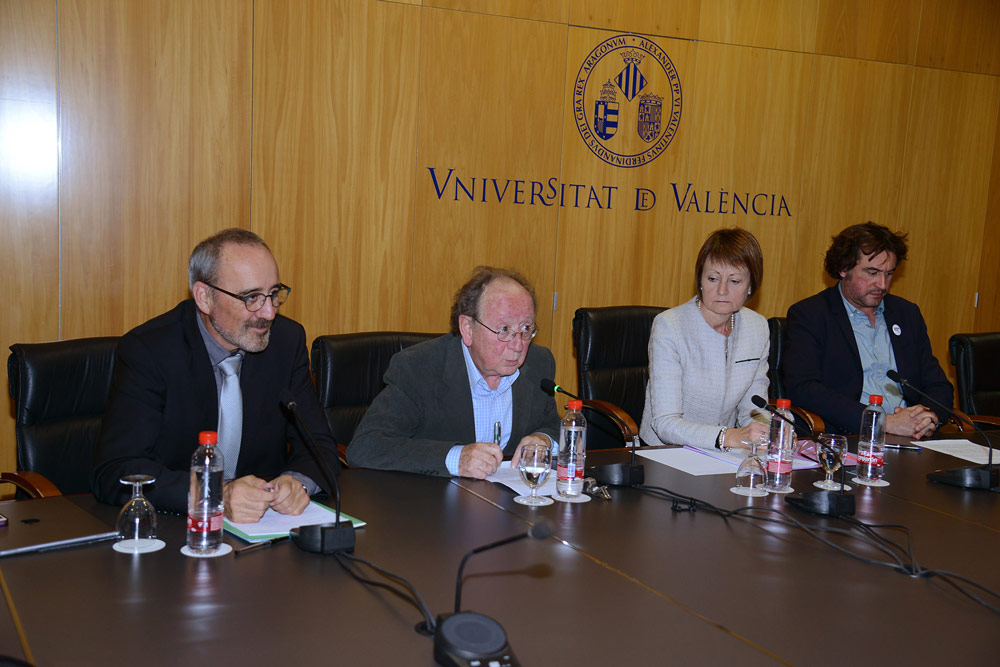 Professor Maria Vicente Mestre, Vice-Rector of the University of Valencia, announced on Friday November 10th that the University will become a member of the European Language Equality Network (ELEN), in an official ceremony in which the Director-General of Linguistic Policy and Management of Multilingualism, Rubén Trenzano, attended on behalf of the Valencian Government.

Both the President of Cultural Action (ACPV), Prof. Joan Francesc Mira, and the ELEN President, Prof. Ferran Suay, addressed ELEN delegates and observers gathered in the Rectorat. In his speech the writer Prof. Mira discussed concepts of language and nation, while Ferran Suay warmly welcomed the University into ELEN.

Mr Trenzano discussed the Valencian Government’s work to ensure language equality, while Ms Vicente Mestre, in her speech, said that the University was honoured to be part of ELEN.

The University will be integrated into the ELEN Research Network which brings together universities and research institutes which focus on lesser-used language protection, promotion and revitalization. The University will also sit on the ELEN Steering Committee.

On behalf of all ELEN members Prof. Suay also expressed the organisation’s concern regarding the imprisoned Catalan civil society and political leaders, one of whom is Jordi Cuixart from the ELEN member organization Omnium Cultural, and called for their release.

The University of Valencia/ Universitat de València founded in 1499 is one of the world’s leading academic institutions and the oldest in the Valencian Community. Currently it has around 60,000 students. The University has an innovative language policy that aims to normalise the use of Valencian throughout the institution.