ELEN call for an intergovernmental working group to address the threat of Brexit to the Celtic languages. 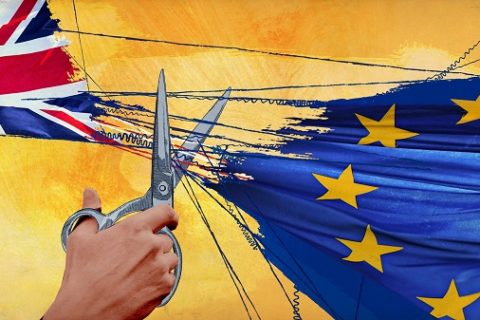 After outlining the potentially disastrous effects of Brexit, for example, the loss of direct funding such as Erasmus and Horizon 2020, and the far greater loss of millions in structural funds and farming subsidies, he recommended that these governments issue a joint statement stating their support for the Celtic languages, and that they work closely with ELEN and its Celtic language member organisations as the Brexit negotiations get under way.

Julian de Spáinn, General Secretary of Conradh na Gaeilge, supported the call stating that, “We believe Brexit will serve to divide an already geographically spread population of Irish speakers even further in Ireland, creating logistical, political and monetary barriers between us, and making the daily task of promoting the language that much harder. A co-ordinated approach to help counter the negative implications of Brexit would be very welcome and we support the call made yesterday at the meeting for the establishment of an intergovernmental working group to protect the rights of language communities as a matter of utmost urgency.”

Rob Dunbar focused on Gaelic and how the loss of EU structural funding  could damage local economies, which would be harmful for the language. Conchúr Ó Giollagáin said that, “The leadership role of the Scottish Government and Parliament in addressing the social condition of Gàidhlig and in facilitating cross-border engagement on minority language issues will be critical in this regard.”

The meeting was chaired by Kate Forbes MSP and organized by Dòmhnall MacNèill, from Comunn na Gàidhlig, with many of Scotland’s leading Gaelic organisations, other MSPs, and Scottish Government officials in attendance. The meeting in the Parliament was followed by a panel discussion in the Celtic department at Edinburgh University.