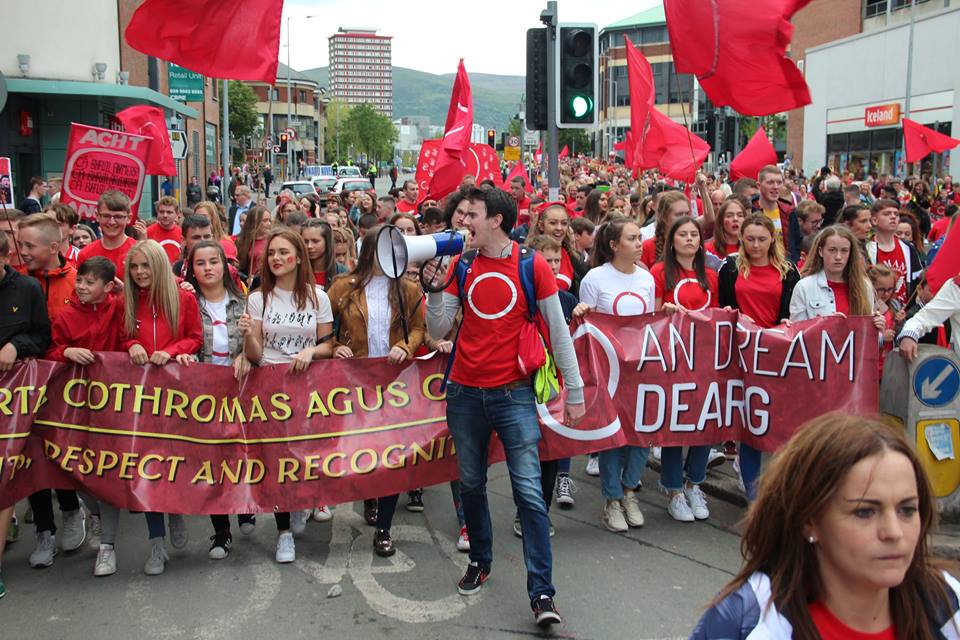 Over 12,000 people marched in Belfast on Saturday calling for Irish language rights and an Irish Language Act giving Irish equal status with English. The demonstration drew supporters from across Ireland who walked along the Falls Road into the city centre, before holding a rally in front of city hall.

In a statement Ciarán Mac Giolla Bhéin, An Dream Dearg, Conradh na Gaeilge (and ELEN Vice-President) said. “All those who believe in diversity, language rights and human rights have come together as we demand that this state acts now and implements an Irish language act that was promised over ten years ago in the St Andrews Agreement.

“There is no doubt that the Irish language is now at the very centre of the current political crisis in the north and An Dream Dearg are stating clearly that no political institutions or future political arrangement are tenable in the absence of a rights based Irish language act.

“Extensive public support for an Irish language act has been endorsed by the overwhelming majority across the community in successive public consultations; a clear majority of newly elected MLA’s in the assembly support our demand, as does the United Nations and the Council of Europe.”

The times they are a-changing, Ciarán’s speech in full 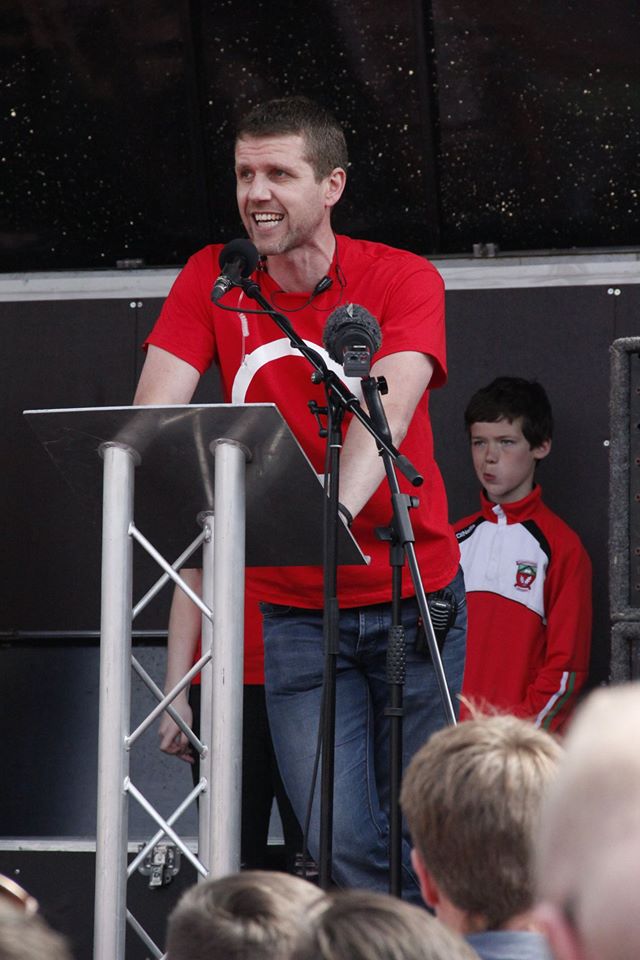