“EU cannot ignore the diversity of identities, languages and peoples of its territory”, Carme Forcadell at the ELEN General Assembly 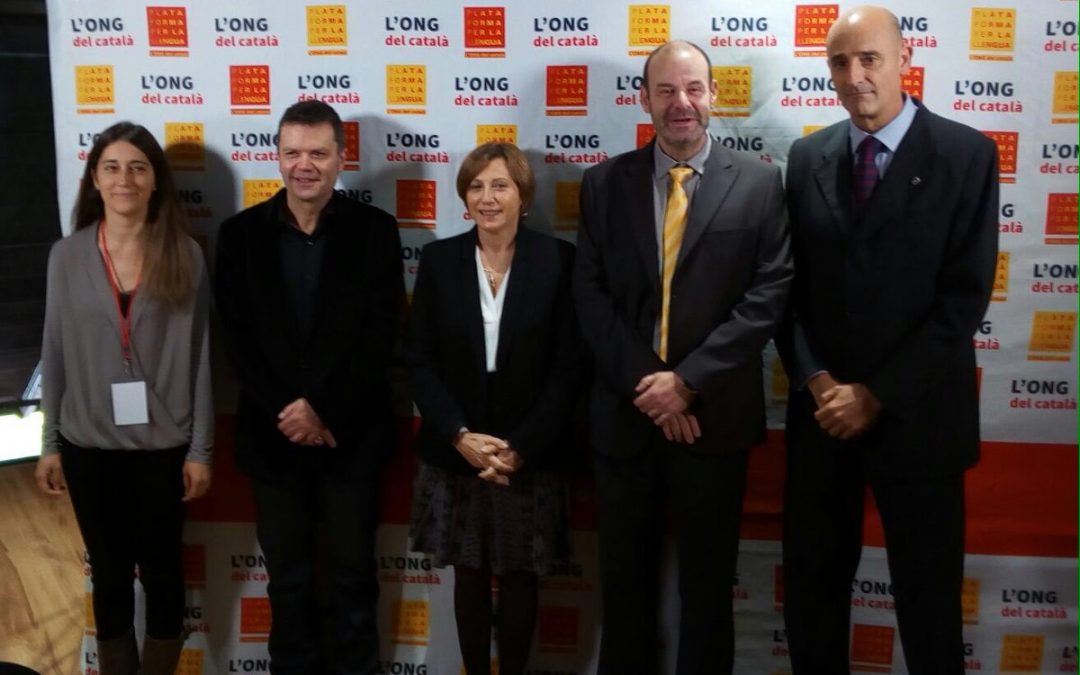 Catalan Parliament President, Carme Forcadell, stressed that “every language is a rich and unique cultural icon and invaluable to humanity.” 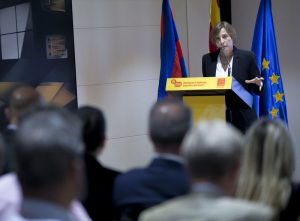 She also thanked Platforma per la Llengua for its “immense work in favour of Catalan” and underlined its valuable contribution as an ELEN member.

Jordi Moix described the deep bond between FC Barcelona and Catalan going back over a century. It was on July 1st 1916 when the club issued the first official document in Catalan, the minutes of the first meeting of the Board chaired by Gaspar Rosés, and the starting point for its adoption as the official language for internal documents.

Moix continued that “we feel committed to the culture and the country, it is an intrinsic value of our identity,” explaining how FC Barcelona has earned its reputation, and today’s slogan, of ‘Més que un club’ (More than just a club).

In his speech Platforma per la Llengua President, Oscar Escudero, warned that “if the EU aims to be a real democracy it can not treat 50 million people as if they were second class citizens.”

Speaking to the press afterwards, ELEN Secretary-General Davyth Hicks said that one of the aims of the meeting is that delegates “agree on the measures proposed by ELEN which were drawn up after the June hearing in the European Parliament to achieve the meaningful respect for our languages that Carme Forcadell and Oscar Escudero have spoken about. With our members support these proposals will be presented to the EU in the next few months.”

ELEN represents 44 languages with 150 member organisations in 22 European states and works to represent the 55 million people who speak a regional, minoritised or endangered language.

The General Assembly was hosted by Plataforma per la Llengua, the Catalan NGO established to defend and promote Catalan all over the Catalan-speaking territories, and supported by the Catalan Government and FC Barcelona. 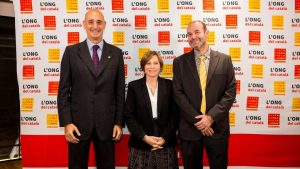 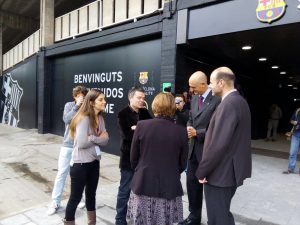