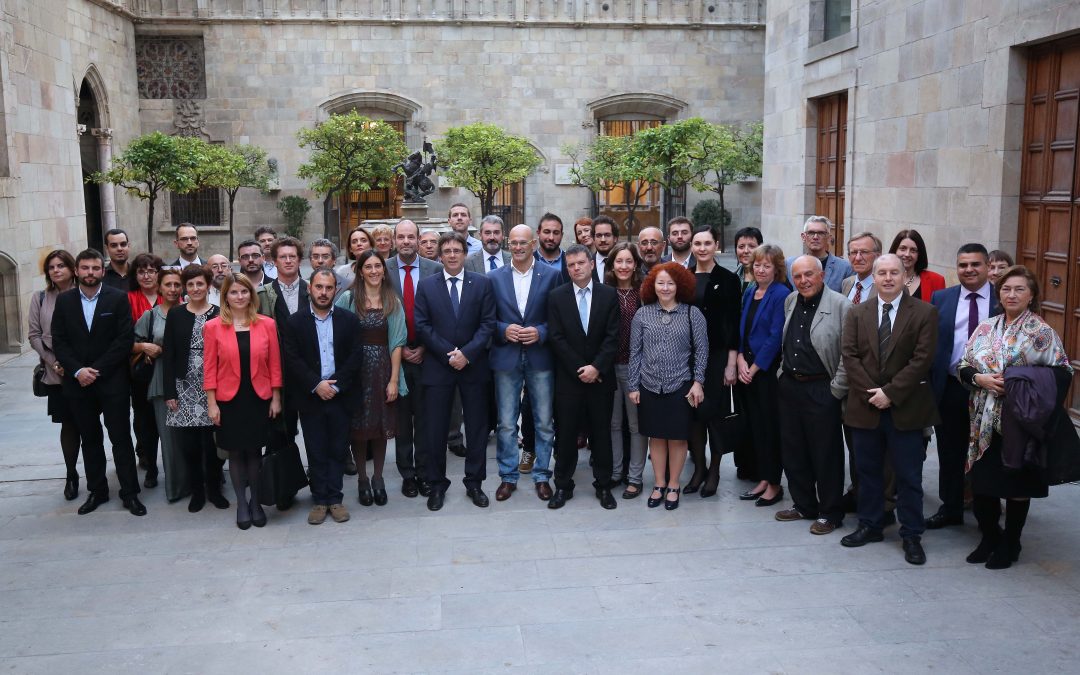 ELEN delegates were invited to the Palau de la Generalitat on Friday by the Catalan President Carles Puigdemont to launch the European Language Equality Network 2016 General Assembly, set to be held at the FC Barcelona football stadium Camp Nou on Saturday.

The President said in his speech that “Catalonia is one of the best places to discuss and find solutions on the challenges of European languages” because we are a country where “where your struggle for the recognition of your languages are particularly well understood”.

Puigdemont thanked ELEN for the work carried out “in the name of languages, such as Catalan, which have no state to support them” and warmly welcomed delegates to the place “where all languages are respected and supported.” He also praised the hosts Platforma per la Llengua for bringing the General Assembly to Barcelona and the “ongoing commitment to the Catalan language and culture” of FC Barcelona. 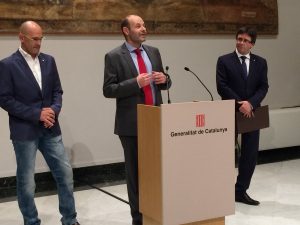 Plataforma President Oscar Escudero, thanked President Puigdemont for welcoming ELEN to Catalonia and expressed the support of his organization for the government’s objective of establishing a new state which respects and promotes the Catalan language nationally and internationally.

The meeting was also attended by the Catalan Minister for Foreign Affairs and former MEP, Raul Romeva.