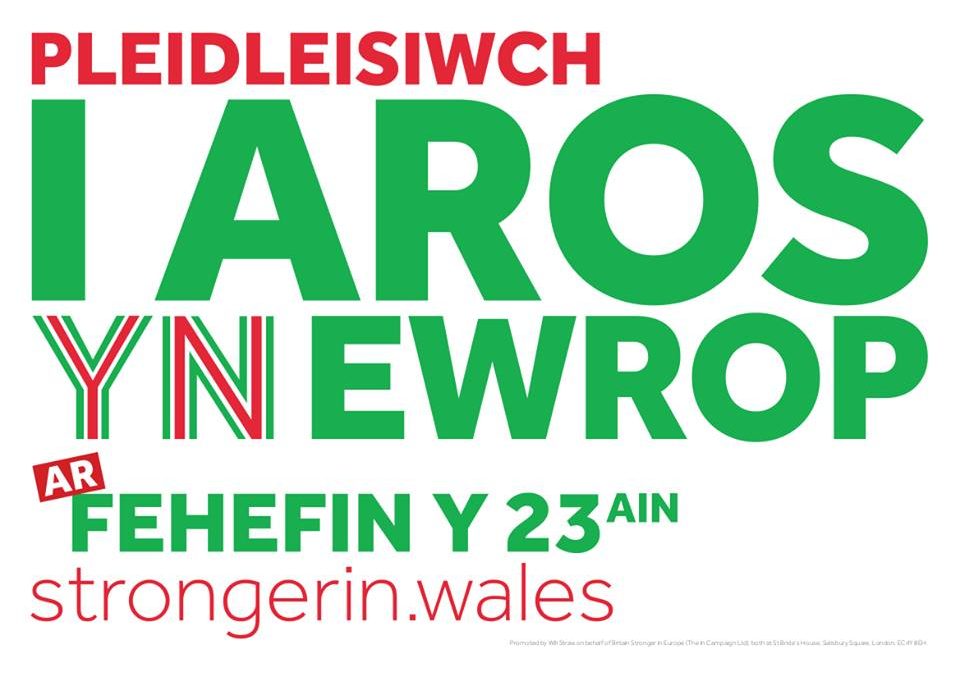 An alliance of language groups from across Britain and Ireland, backed by the European Language Equality Network (ELEN), have today released a joint letter supporting the campaign to stay in the European Union, pointing to major cultural, legal, and economic advantages.

Campaigners and groups who support the Cornish, Scots, Gaelic, Irish and Welsh languages, along with ELEN, have signed a letter which highlights the importance of remaining in the EU in order to protect and promote the UK’s lesser-used languages.

The joint letter states: “If our countries left the European Union, we would be excluded from the rights shared by European citizens. We would furthermore be at the mercy of governments that have shown neither the interest nor the desire to protect and promote the rights of speakers of our nations and regions’ languages, and have throughout much of our shared history conducted aggressive language policies designed to eradicate our languages. Neither would we have access to European language project funding, which would be detrimental to non-governmental and educational bodies. Leaving would impede our young people’s prospects and employability; European funding has offered vital investment for many of our communities’ economies. The EU has been, and can be further still, a great bastion of hope for the minoritised languages of our countries.

“…We fear that Brexit would lead to an insecure future for our communities, as the UK Government’s recent abolition of funding for the Cornish language demonstrates. Being a part of a heterogeneous European Union with its robust congregation of minority and majority cultures allows for a better understanding and protection of our own languages. The indirect effect of Brexit on our languages is potentially disastrous. The continued sustainability and viability of our languages is closely linked to the economic health of the communities which speak these languages. Without a flourishing economy which provides gainful employment to those living in autochthonous minority language communities, these communities see a loss of speakers due to out-migration as people leave to find work and affordable housing.

“We, as representatives of indigenous lesser-used language communities in these islands, therefore conclude that in order to ensure the safety and prosperity of our languages and their communities we must remain within the European Union, contribute towards its further development in the spirit of the European Union as a human rights project, as a guarantor of peace, social justice, cooperation, and equal opportunity for the peoples of our continent, and for a Europe united in diversity.”

“A Brexit is potentially disastrous for our language communities which are already under severe pressure because of lack of decent employment, affordable housing, and out migration. It would cut us off from EU human rights mechanisms, expose our nations to right-wing Little Englander policies, plus remove the safety net of structural funds which helps to create jobs for 1000s of Celtic language speakers.

“The Farage/Johnson/ Little Englander view of this world is not ours, nor we believe, that of the Celtic language speakers of these islands, it never has been and it never will be. Let’s show that on June 23rd. Vote Remain.”