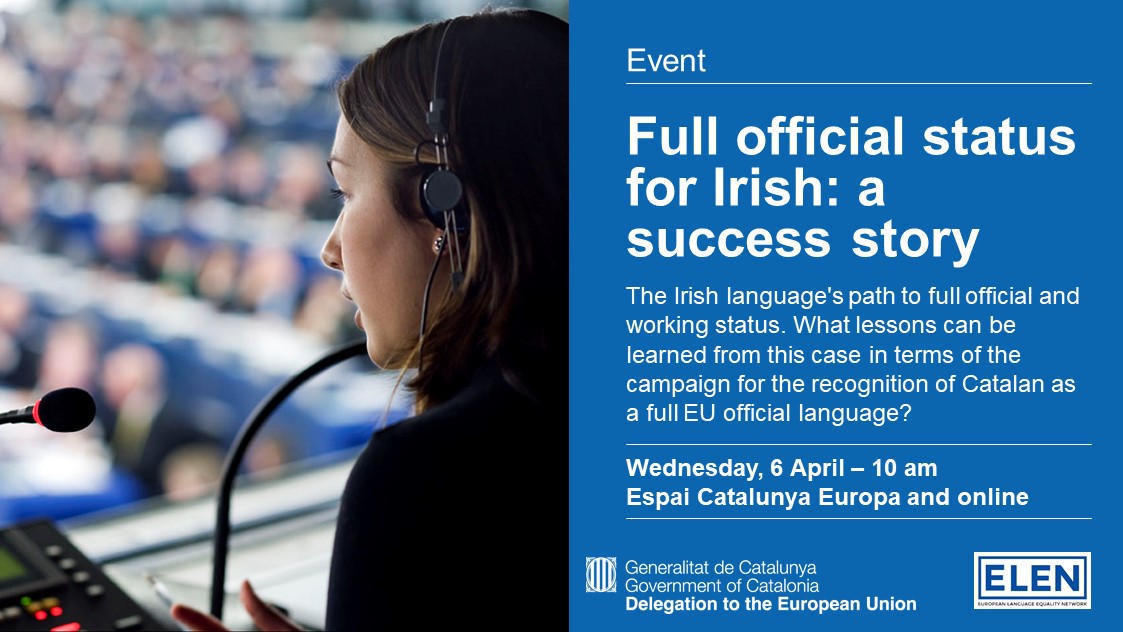 Gaeilge or Irish is Ireland’s national and first official language. Ireland became part of the European Community back in 1973, but Irish has not gained full official and working status in the European Union until very recently. Which part of that path was easy, and how the breakthrough happened has to do with mobilisation. We will hear from campaigners who will describe the pathway leading to this success.

Mobilisation, though, is not always enough, as the campaign for the recognition of Catalan as a full EU official language continues to face challenges, and this despite sustained efforts over the past 40 years.

Join us in this event co-organised with the European Language Equality Network (ELEN) for the latest developments in the struggle for more diversity in this united Europe.

With the participation of:

The event will be held in English and can be followed in person at the Espai Catalunya Europa (Rue de la Loi/Wetstraat, 227, Brussels) or via YouTube.